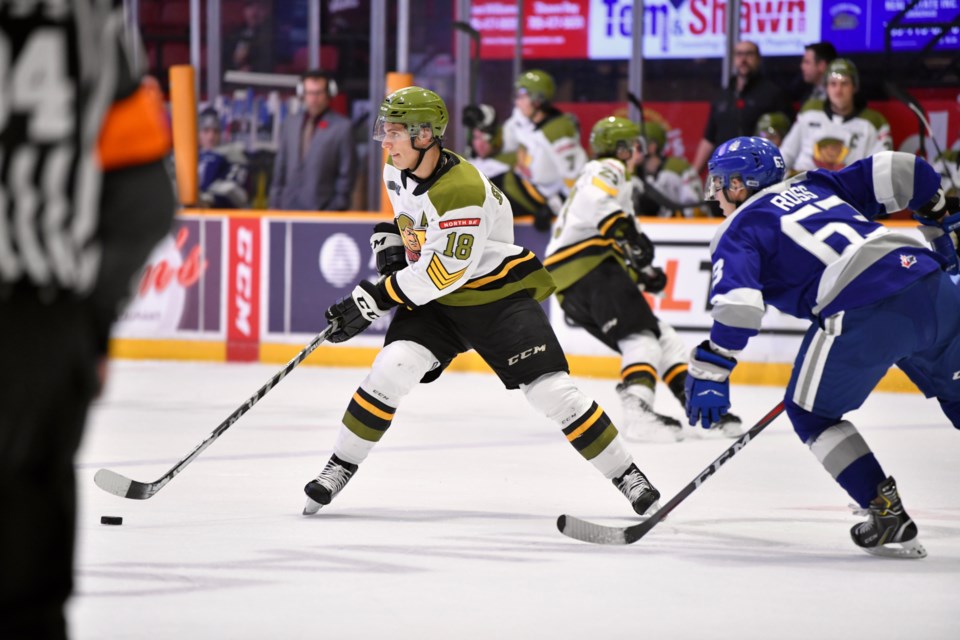 The Battalion have returned Matt Struthers to the Owen Sound Attack for three draft picks the Attack announced late this morning.

The North Bay overage forward began his career in Owen Sound before being moved to the Battalion in 2018. In 25 games this season with the Troops, Struthers has scored 10 times and added 10 assists for 21 points.

“We’re in a rebuilding year, and we felt this would give some of our younger players even more of a chance to play,” said Stan Butler, director of hockey operations and head coach.

“We didn’t have a second-rounder in 2022, so we get that back, and it gives Matthew a chance to play somewhere else.”

Attack General Manager Dale DeGray is excited to have Struthers back in the Scenic City.

"He’s a great leader, he’s going to make an immediate impact in our room. We have a young group of guys and he’s really going to show them what it means to come to the rink every day and perform. He’s going to be huge on the ice as well. Matt’s only grown since we sent him to North Bay two years ago, and he’s going to come back and make a difference for us," said DeGray in a release.