Battalion hope to do more to connect with minor hockey 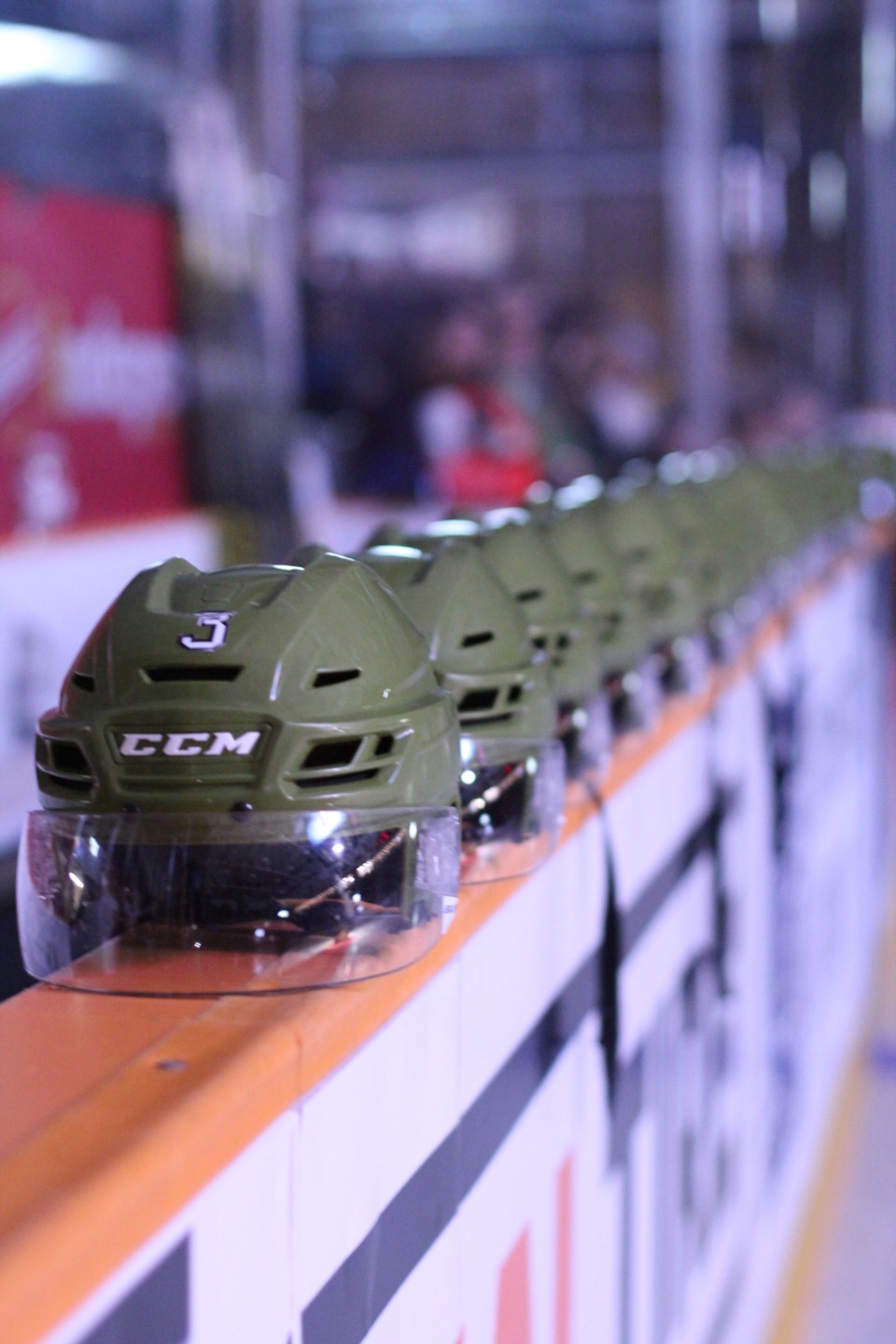 Adam Dennis recalls a turning point for him to commit to becoming a goaltender was back when he was about nine years of age. His father had enrolled him into the Brendan Shanahan Hockey School. Adam recalls that his dad enrolled him as both a forward and a goaltender during the hockey school which took place in Etobicoke at the Lakeshore Arena.

His dad was not keen that young Adam was leaning towards playing goalie for good.

"They did a shootout at the end of the week and there were six or eight goalies on the ice at that time," recalls Dennis.

Shanahan had a few special guests and that week, the shootout included NHL superstar Eric Lindros.  The Big E proceeded to come in on the young Dennis who shut the door as the hulking power forward tried to put one through the five-hole.

"He was probably a lot nicer than he should have been but I made a save against Eric Lindros and for me that was it, I was a goalie," said Dennis.

"To stop an NHLer under the age of 10 I knew exactly what I wanted to be in my life from that point on."

It's moments like that which Adam Dennis, who went on to win a Memorial Cup as a goaltender with the London Knights, remembers fondly.

Now, as a general manager with the North Bay Battalion, he realizes the importance of continuing to build the connection and creating those kinds of memories for young North Bay area players.

"The players are role models and it is important that we take that seriously," said Dennis.

While no hockey is going on during the COVID-19 pandemic, Dennis has recently taken part in a Zoom meeting with young AAA Trappers players. Dennis says he looks forward to the time when the coaches and players can run minor hockey camps, their hockey school and keep interacting with young hockey players.

"For us I think it is really important because we all grew up in minor hockey," said Dennis.

"We all played it and it was a big part of our lives and now flash forward we all have kids who are going to come up on it and just understand how much of an important piece of your life it is."

Dennis has done dressing room tours for a number of local teams; even teams from Sudbury and Sault Ste.Marie have been welcomed.

"It is opportunities like that that we feel are ones that we cannot pass up," said Dennis.

"We are blessed to have such a nice dressing room and to be able to bring teams through and show them all that is something that is really important to us and really just making ourselves available."

After living here for the past four years, Dennis is starting to get a better feel for the community and he believes it is the club's obligation to give back.

"In a small community, it is important that we all work together and that we are good neighbours and if we get those positive vibes out there how can it not be a good thing," said Dennis.