A few of the most high profile players to wear a North Bay Battalion jersey are part of a new look bus that was unveiled by the North Bay OHL club today.
Sep 6, 2019 4:00 PM By: Chris Dawson 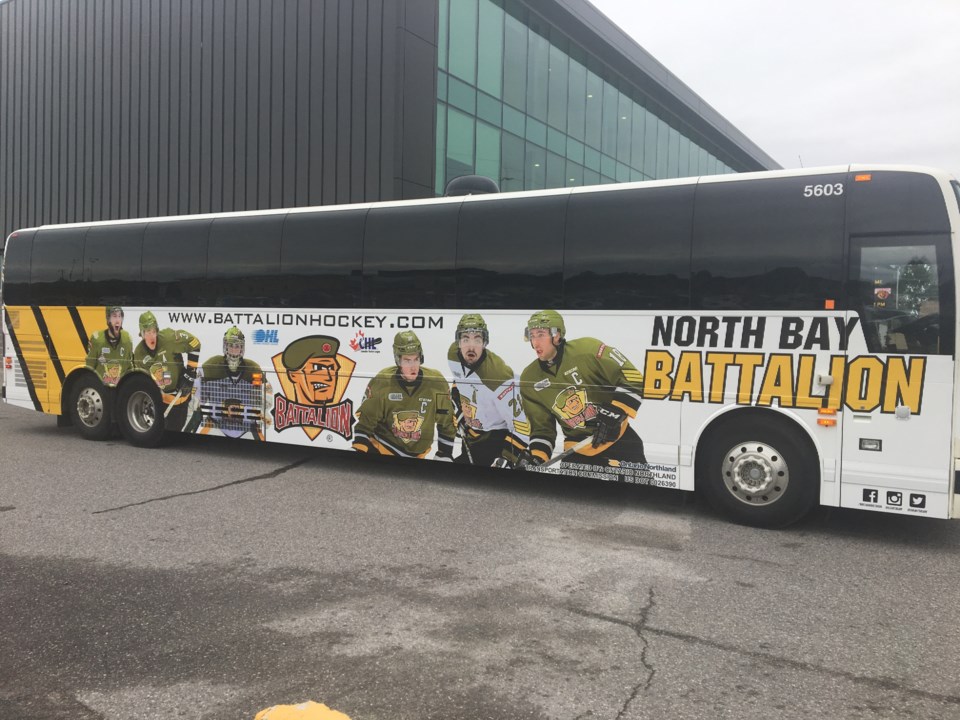 The Battalion showed off their new bus which honours former Battalion stars. Photo by Chris Dawson/BayToday.

A few of the most high profile players to wear a North Bay Battalion jersey are part of a new look bus that was unveiled by the North Bay OHL club today.

“It’s pretty cool, obviously, it is pretty special to see some of the faces on that bus,” said Struthers.

“That is pretty special in North Bay Battalion history and I think it looks really sharp.”

John McLellan, Director of Sales and Marketing with the Battalion says owner Scott Abbott along with hockey operations staff put their heads together to decide which former players would be part of the new Battalion bus mural.

“The new design of the bus really came out as a way to reach back into the history of the North Bay Battalion and kind of honour some of the players who made an impact with the hockey club and made an impact in the community,” said McLellan.

“When you are out in the community or the bus is out in southern Ontario and you see the bus down there, even if the Battalion are not on the bus, it gets people thinking about us even though they are not here in North Bay so it is a good marketing avenue and ONR is a great partner with us.”

Of course, the man who gets to drive the bus is also thrilled with the new look.

“It will probably hit me sooner or later, I am still absorbing it,” said George Hughes, the Battalion ONR bus driver who is going into his second season driving the team.

“It looks good and yes it is a nice change.”