Battalion getting more direction from the OHL 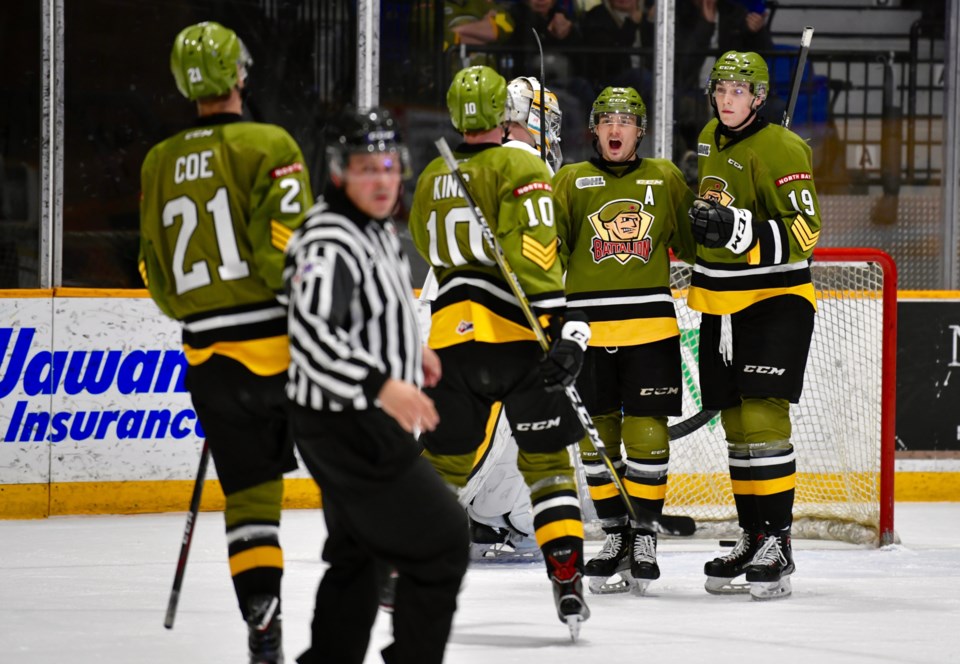 The North Bay Battalion has some clearer direction today on when they will officially begin their season.

On Thursday the Ontario Hockey League announced that training camps are scheduled to begin on November 15 with exhibition play beginning as early as November 20 to 22 and 27 to the 29.

“The league has put a lot of work into getting to this point, and we’re all aware of the steps that still need to be taken to achieve that goal. We’ll continue to work diligently to get our team and facility prepared for the proposed dates and plan to hit the ground running come November."

The Ontario Hockey League is continuing to work with government and health agencies to plan the safe return of OHL action while also finalizing outstanding issues such as safe attendance at venues and cross border travel for teams.

"It is a step further than we were on Wednesday," noted Dennis of the new dates.

"It is definitely nice to have some dates, not spinning our tires as much and try to piece together all the guesswork but what it does is it gives us a little clearer focus than we had prior.  Obviously, we are all still aware of where the world is at and the situation is still very fluid but it is definitely nice to take another step towards everyone's goal and that is to play competitive hockey."

Dennis says there is no schedule etched in stone with the regular-season schedule set to begin on December 1. One of the biggest concerns relating to the schedule is whether or not the US border will be open by mid-November.

"I think it depends once we have a little bit more clarity to some of the issues regarding the border," said Dennis.

Other notable dates for the 2020-21 season include a February 10, 2021 trade deadline, the conclusion of the Regular Season on April 29 and the 2021 OHL Playoffs for the J. Ross Robertson Cup taking place from May 2 to June 14.

The 2021 Memorial Cup is scheduled for June 17-27 and will be hosted by either the Oshawa Generals or the Soo Greyhounds.

The OHL plans to open the 2020-21 Regular Season on the previously announced target start date of Tuesday, December 1.