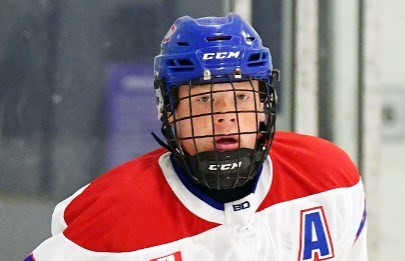 BayToday has learned that the North Bay Battalion are expected to select defenceman Ty Nelson with the first overall pick in the 2020 OHL Priority Selection.

The first pick will be announced Friday afternoon at 1 p.m. during an online press conference, with the remainder of the online draft set to take place on Saturday, April 4 starting at 9 a.m.

Nelson was a Toronto Jr. Canadiens teammate in 2018-19 of top prospect Adam Fantilli, who has announced he will not report to any OHL team that selects him this season. Both Nelson and Fantilli played minor midget in their major bantam year that season.

According to Prospect Pipeline, Nelson has become a premier two-way player capable of dominating his opposition at both ends of the ice.

The undersized defenceman is known for being a great skater. He also played for Team Canada's U15 team at the Junior Olympics in Switzerland in January.

"As soon as Nelson hops the bench and heads onto the ice, it’s hard not to notice him. Whether he is in possession of the puck or not, Nelson is always moving with speed and a purpose — if not in possession, Nelson will use his blistering speed and edge-work to make himself open for a pass or to support his team’s rush up ice," the Prospect Pipeline report stated.

"In the defensive zone, Nelson’s acceleration and lateral agility allow him to contain and smother attacking forwards before dispossessing them with relative ease — Nelson boasts a quick and active stick. Once in possession of the puck, Nelson fuels his team’s stellar transition game by making quick and accurate passes to his forwards as the begin to exit the zone. These abilities lead to dramatic puck possession for Nelson and the Jr. Canadiens, a reality which propels the team’s lethal offensive attack.

"Speaking of offence, Nelson is no slouch when it comes to the attacking zone. Incredibly confident when in possession of the puck and not afraid to take risks to create offence, Nelson can devise scoring chances for his team in the opposing zone and features the ability to quarterback his team’s power-play to boot. In short, Nelson is a staple within the Jr. Canadiens’ roster and arguably his team’s most effective and valuable player."

The Battalion will make the pick official late Friday afternoon or early in the evening.

The last and only other time the North Bay Battalion selected first overall in the OHL Priority Selection was in their expansion year with Brampton back in 1998 when they took defenceman Jay Harrison with the top pick.

Advocates optimistic about North Bay, Almaguin Highlands as centres for cycling-based tourism
Jun 4, 2020 10:00 AM
Comments
We welcome your feedback and encourage you to share your thoughts. We ask that you be respectful of others and their points of view, refrain from personal attacks and stay on topic. To learn about our commenting policies and how we moderate, please read our Community Guidelines.