Battalion defenceman commits to U of T

'By adding Nick to our group, we feel we're adding a versatile defenceman who can play in any situation on the ice'
May 16, 2020 5:00 PM By: BayToday Staff 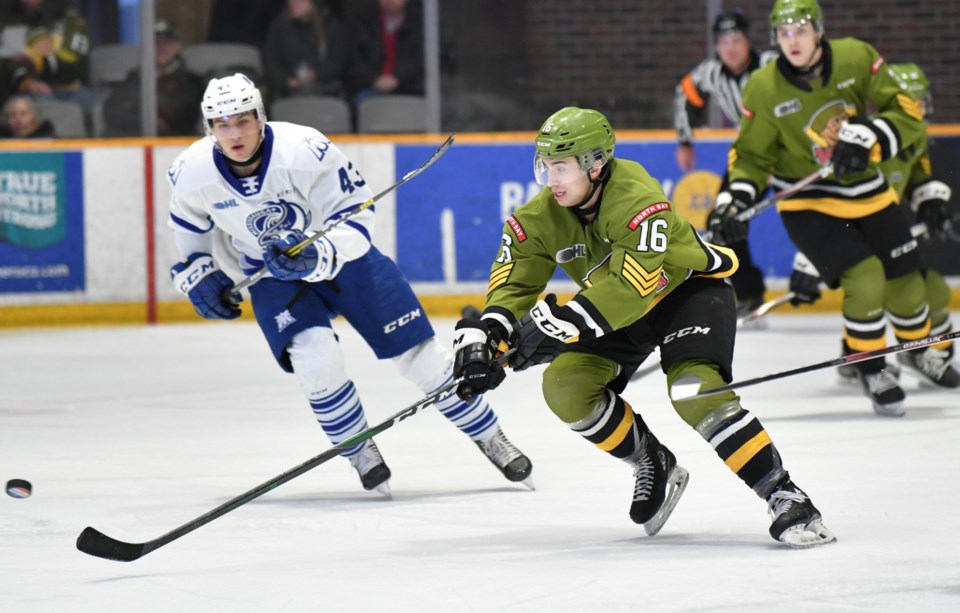 Battalion defenceman Nick Grima has committed to play for the University of Toronto Blues for the upcoming 2020-21 season, the school announced on Thursday.

"By adding Nick to our group, we feel we're adding a versatile defenceman who can play in any situation on the ice," said Ryan Medel, who earned 2019-20 OUA and U SPORTS coach of the year honours in his third season as Blues bench boss.

"His mobility and puck-moving skills will be an asset for our group but he's also reliable defensively. Nick is born and raised in Toronto. Anytime a player returns to his hometown to play, it's special for that player and his family but also for the hockey program."

A 6-foot-0, 195-pound defenceman from Toronto, Grima comes to the Blues after five seasons in the OHL with the Peterborough Petes, Sarnia Sting and most recently the North Bay Battalion.

He racked up three goals, 27 assists and 61 penalty minutes during the 2019-20 season with the Battalion, which marked his second consecutive 30-point season after achieving the mark with the Sting in 2018-19.

Grima participated in the 2018 Toronto Maple Leafs development camp and finished his OHL career with 14 goals and 97 assists for 111 points, along with 234 penalty minutes.
Off the ice, Grima is an advocate for for "Ivegotyourback911", a foundation to create awareness, action and funding for the mental health of first responders.

Grima looks to begin his studies in U of T Faculty of Kinesiology and Physical Education this fall.

"I'm thrilled to be joining such a world renowned school where I'll be in an environment with professors, classmates, coaches, and teammates that will push me to succeed in life and on the ice," said Grima.

Grima joined the Battalion in a trade with the Sarnia Sting on October 8, where the Troops shipped Sarnia a conditional fifth-round pick in the 2022 OHL Priority Selection in exchange for the OA defenceman.