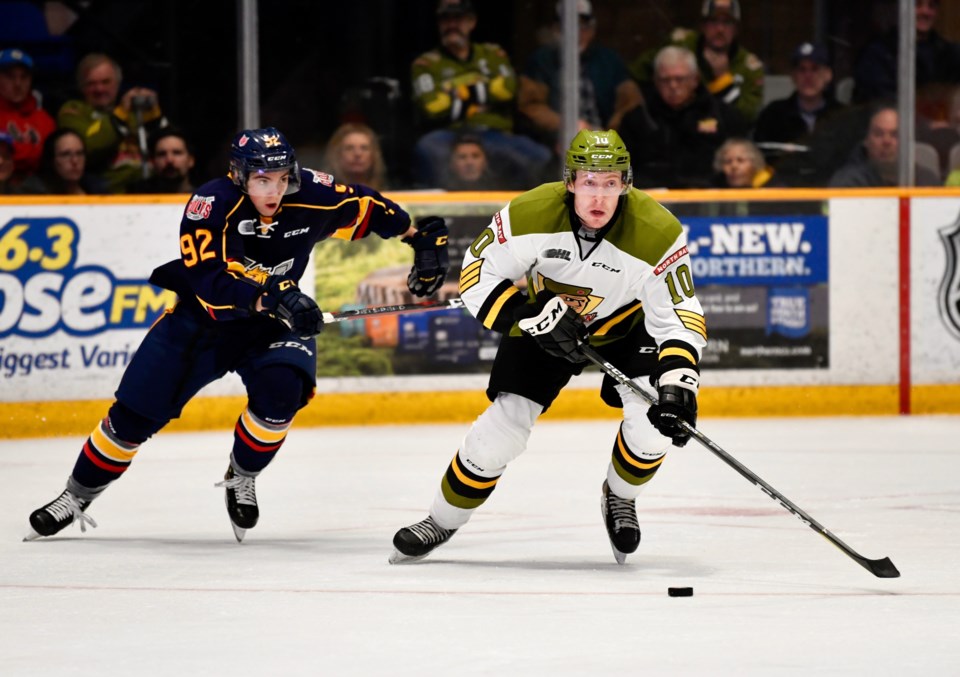 The North Bay Battalion unveiled its new schedule for the upcoming season.

The North Bay Battalion will open its 2019-20 regular-season schedule at 7 p.m. Friday, Sept. 20, at home against the Barrie Colts, the Ontario Hockey League club announced Tuesday.

The Troops host their annual Thanksgiving Monday game on Oct. 14 at 2 p.m. with the Sault Ste. Marie Greyhounds providing the opposition, and the Battalion entertains the Sudbury Wolves in a 1 p.m. start on Tuesday, Dec. 31, in its annual New Year’s Eve game.

Within the Central Division, one of two in the Eastern Conference, the Battalion faces Sudbury eight times and Barrie, the Mississauga Steelheads and the Niagara IceDogs six times each.

The Troops play East Division teams four times each and Western Conference opponents twice each, except for Sault Ste. Marie, which provides the opposition four times.