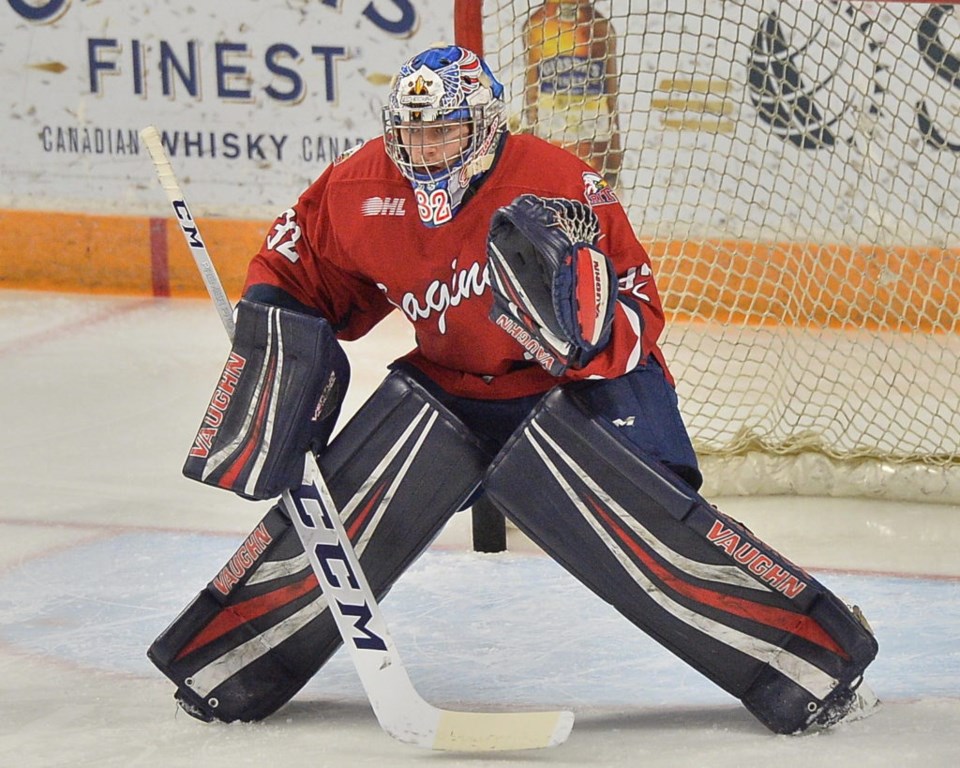 Cameron Lamour back with the Saginaw Spirit. Photo by Terry Wilson / OHL Images.

The Battalion sent Sarnia a conditional 11th-round pick in the 2022 OHL Priority Selection for Lamour, a 19-year-old who has played this season with the Rayside-Balfour Canadians of the Northern Ontario Junior Hockey League.

He was a third-round selection by the Saginaw Spirit in 2016 from the Sudbury Wolves minor midgets. The Naughton, Ont., resident stands six-foot-two and weighs 175 pounds.

In 51 games over two-plus seasons with Saginaw and Sarnia, he had a won-lost-extended record of 12-24-3 with a 4.39 goals-against average and a .858 save percentage.

Lamour is expected to be in the lineup when the Battalion takes on the Owen Sound Attack at 2 p.m. today.

Joe Vrbetic has played in 23 of 30 games in the North Bay crease this season. Fellow rookie Christian Cicigoi is sidelined with an injury suffered in practice Dec. 7.

Either Reece Proulx of the affiliated Pembroke Lumber Kings of the junior A Central Canada Hockey League or Owen Wray of the North Bay Trappers major midgets has backed up Vrbetic in the last three games.