Bassmasters to be lured to Lake Nipissing for major event

'We have an amazing bass fishery and I don’t think it gets the recognition that it actually deserves, so we are excited, we are bringing everybody to our backyard and we can’t wait'
Oct 27, 2017 12:45 PM By: Chris Dawson 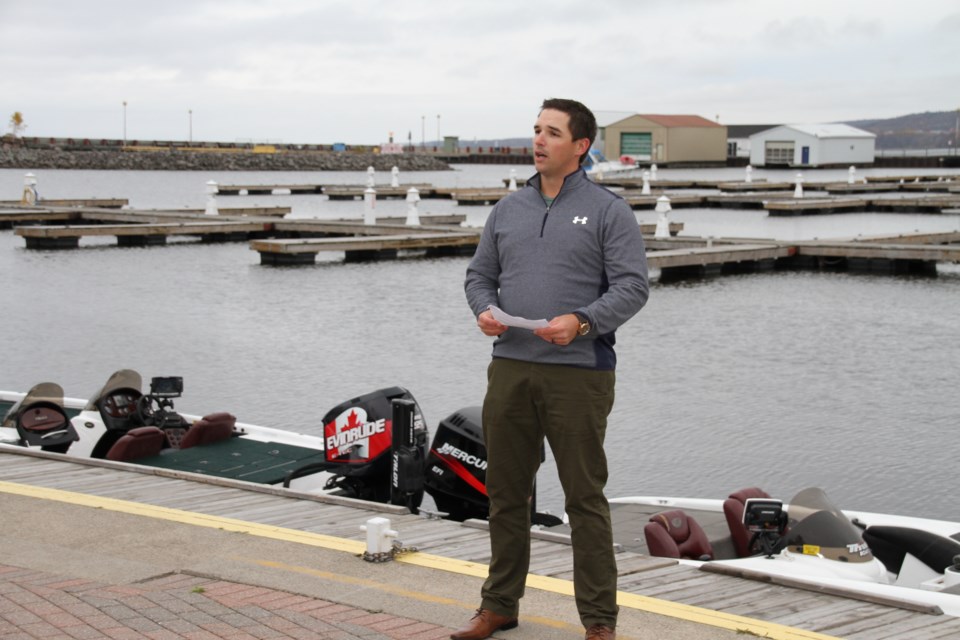 It’s not an ice surface, or a turf field, but the beautiful waters of Lake Nipissing will be the major sports tourism venue for a high profile fishing event coming to North Bay next August.

The North Bay Bassmasters, in conjunction with Tourism North Bay and the City, announced today at a North Bay Marina press conference, that they will host the 2018 Ontario Bass Nation Provincial Qualifier.

Mathew Koprash is the North Bay Bassmaster Qualifier Committee Chair.  He says the bid process started last November and he just recently found out their bid beat out the competition to host the event on Lake Nipissing August 24th to 26th.

At least 200 competitors from around the province will take part and are expected to create an estimated economic spinoff of about $500,000 to $750,000.

“The whole club, we are very very excited about it and we finally are allowed to expose Nipissing for what it is,” said Koprash, who was also assisted heavily by Larry Tougas in the Sports Tourism department with the bid process.

“We have an amazing bass fishery and I don’t think it gets the recognition that it actually deserves, so we are excited, we are bringing everybody to our backyard and we can’t wait.”

Koprash says the local club hosts about 6 to 8 events annually but none of them of this magnitude.

City Councillor Mark King says an event like this benefits in two ways, firstly it brings Sports Fishing in Lake Nipissing into a positive light.

“There is no question about that from a commercial standpoint but there was always a tremendous bass fishery here that I don’t think anybody really recognized,” said King about the upcoming catch and release event.

“I have spent a lot of years on this lake and bass fishing is a lot of fun. Seeing that these people have actually put this event together really is tremendous and it will actually provide an opportunity for people from outside the city of North Bay to realize what we have here.  It is a tremendous place.  That’s why I live here.”