The Memorial Drive cycling lanes are to be followed by the addition of bike-friendly lanes to High Street, a move active transportation advocates say promotes alternative means of commuting safely in an area frequently congested with vehicles during peak times before and after school.
May 25, 2020 3:00 PM By: Stu Campaigne 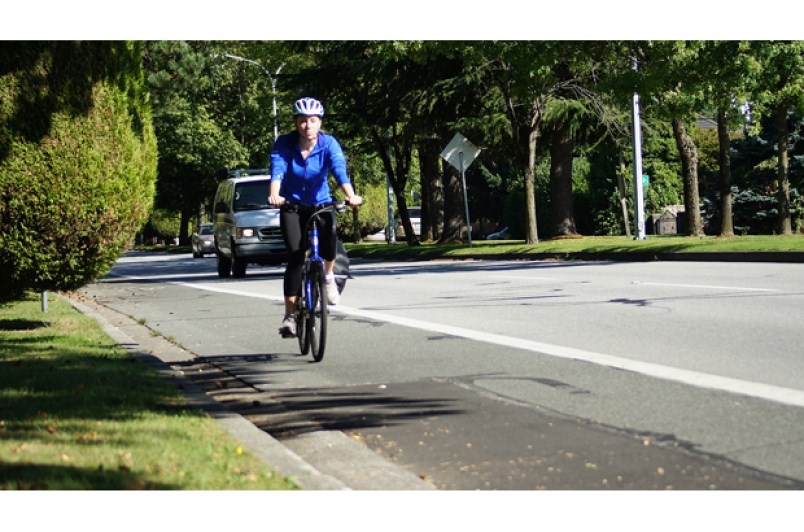 Memorial Drive has been designated a vehicle-free active transportation route each of the last two weekends, to mixed reviews. A BayToday poll shows respondents are divided on whether the City of North Bay should continue the practice.

The City says it has made the move to promote fresh air and exercise for citizens at a safe physical distance during the COVID-19 pandemic.

Now to add another wrinkle to the discussion, who's ready for bicycle lanes on Memorial Drive?

Active transportation advocate Rod Bilz says, after years of discussion, bike lanes will be painted on the existing road portion of the scenic thoroughfare this summer. These lanes would be located on the paved portion of the road, extending from the curb 1.5 metres.

"There is a lot happening with active transportation right now because we have a bunch of grant funding that needs to be spent by the end of this year," or it is forfeited, explains Bilz. The City of North Bay confirms the cycling lanes are expected to be added to Memorial Drive in mid-June by the same company contracted to re-paint area road markings.

"We've been advocating for active transportation lanes," says North Bay City Councillor Marcus Tignanelli. "The Memorial Drive bike lanes will be the first in the history of North Bay. It will help people get used to seeing commuter bike lanes, not recreational lanes."

Tignanelli, who doubles as a member of the active transportation committee, adds the Memorial Drive pilot will bring awareness to the lanes on a road already marked at a lower rate of speed [40km/h].

Several projects should take shape over the next six months, barring any pandemic-related delays. Existing links of the trail are slated to be connected along Main Street West and Gormanville Road and work will take place to reconfigure the intersection at Memorial Drive/Oak Street West. Once all projects are completed, the multi-use trail will run without gaps from the Education Centre to Callander.

Then there are the bike lanes on Memorial Drive itself — North Bay's first such lanes — seen by the active transportation groups and the City of North Bay as a pilot project of sorts for our area.

There are currently bike lanes painted on Booth Rd but, "Booth is designed as a recreation trail, Memorial was identified as an active transportation route in the master plan" Tignanelli told BayToday.

"Memorial Drive is a busy place in the summertime. And, cyclists trying to use Memorial Drive as active transportation, to get from one place to another — like to work — the Kate Pace Way gets pretty congested," says Bilz. "There are dog walkers and speed limits. So we thought, there's room, people could use it as a transportation route and others could use the Kate Pace Way more for recreational activity."

Active transportation advocates will be interested in the pilot project's results.

"We'll see how it goes once those lanes get in place. It will give us an opportunity to do an education campaign to notify motorists about the change, as well as to notify cyclists," adds Bilz.

Asked if the active transportation groups expect a backlash because of the cycling lanes, Bilz responds, "Any change will create some level of backlash. It's expected. Anybody who has an opinion about it, we want to hear those thoughts and feelings. I think there is a genuine fear of anything we haven't done before and we just need to get over it."

He recalls there being some heavy opposition to the trail now known as the Kate Pace Way when it was proposed but says you'd be hard-pressed to find much negativity for such a project today.

"Things can change, hopefully, this is one of them," says Bilz.

The Memorial Drive cycling lanes are to be followed by the addition of bike-friendly lanes to High Street, a move active transportation advocates say promotes alternative means of commuting safely in an area frequently congested with vehicles during peak times before and after school.

"We're doing the costing on High Street now. There is a paved shoulder or partially paved shoulder already," says Bilz. "What we're concerned with is the portion between McLeod and where the Kinsmen trail comes out at Chippewa school. It's about 700 metres of bike lanes that would go on High Street."

Bilz adds, if all goes well, bike lanes are planned for High and O'Brien feeders McPhail Street and Landsdowne Avenue, to increase safe transportation options for the thousands of students who attend schools in the area. With Widdifield Secondary School closing, some of those students will commute to West Ferris but there are potentially hundreds more who will attend schools in the Chippewa to St. Joseph – Scollard Hall corridor.

Tignanelli says the challenge is to get "kids from all neighbourhoods to safely funnel onto High Street and then use High Street with a bike lane."

Asked if he finds active transportation to be a hard sell in North Bay, Bilz responds, "Definitely, the culture within North Bay is different than other communities. A place like Montreal — which also has harsh winters — the cycling culture and pedestrian culture is way advanced beyond anything I've seen in Ontario."

He says there is no way he'll give up on promoting healthy, safe, environmentally responsible transportation.

"Certainly we can do it and certainly there are places in Canada that do it. Habits are hard to break. We're very used to doing everything by car and it's getting expensive to do that. This is a much cheaper option with a whole bunch of side benefits."

OPP lay failing to self-isolate charges
Jul 14, 2020 8:41 AM
Comments
We welcome your feedback and encourage you to share your thoughts. We ask that you be respectful of others and their points of view, refrain from personal attacks and stay on topic. To learn about our commenting policies and how we moderate, please read our Community Guidelines.