Back in March, the service was put on hold until the end of April, then extended to the end of May, then June and now is further extended again
May 21, 2020 2:59 PM By: Jeff Turl 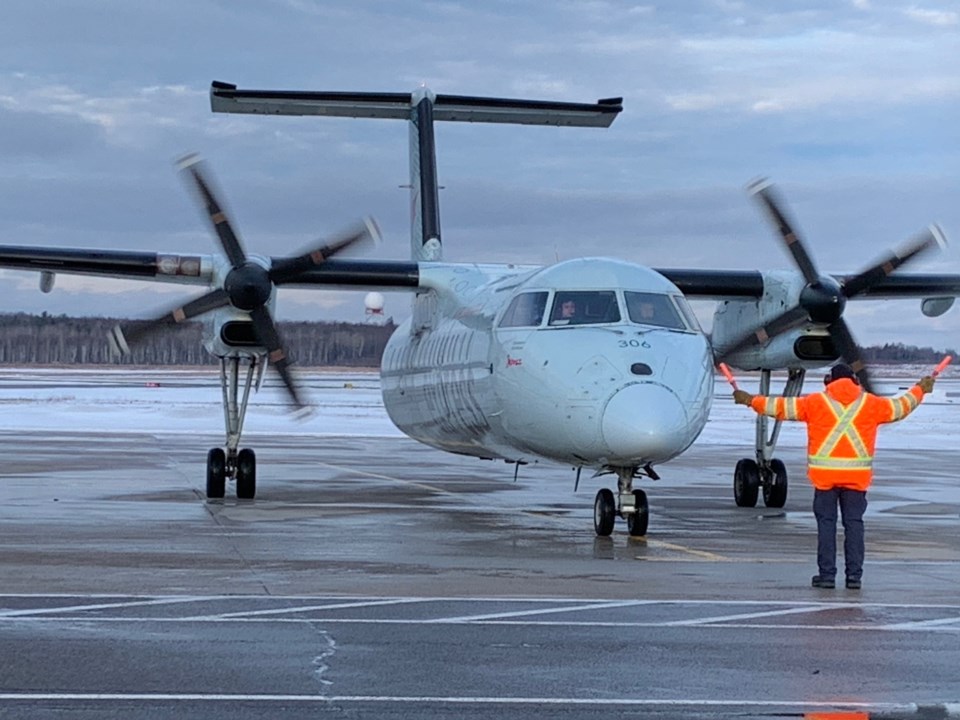 North Bay's Jack Garland Airport got more bad news this week as Air Canada announced it won't lift its suspension of flights from Toronto to this city until at least Sept. 7.

The first suspension was supposed to end March 23, but it's been extended another couple of times since then.

Air Canada last extended its temporary suspension of service until June 30 but now the airport and city taxpayers will take another hit with the latest announcement that you won't be able to take an Air Canada flight between North Bay and Toronto until at least the fall.

Back in March, the service was put on hold until the end of April, then extended to the end of May, then June and now is further extended again.

The company had offered daily scheduled service from North Bay to Toronto.

When it announced the original suspension, on the Air Canada website announcing the move, it said  "We continue to adapt our schedule and capacity in response to COVID-19 and have postponed launches or extended the temporary suspension of several routes.

"Air Canada will continue to monitor this evolving situation closely in consultation with the Public Health Agency of Canada, Transport Canada and Global Affairs and will adjust its schedule as appropriate."

The latest move means another big hit for taxpayers.

City Council has approved measures to provide financial stability to the North Bay Jack Garland Airport in the coming months by allowing the transfer of up to $400,000 in capital dollars to cover day to day operations.

See: Jack Garland Airport to receive financial assistance from the city to see it through the year

And: Future of local airport 'on the line' without huge cash injection from City

“From there they are saying they may need up to $200,000 a month for the balance of the year,” said Deputy Mayor Tanya Vrebosch.

“Two-hundred thousand dollars for a full 12 months would amount to 2.4 million dollars. If the city needs to operate the airport, this would be mean more than a two per cent increase,(in taxes)” said Vrebosch.

“We understand that this is not sustainable for the taxpayer and therefore we will do everything we can to ensure this level of support is only for a short period of time.”