A trio of local burgers ranked as northern Ontario's best 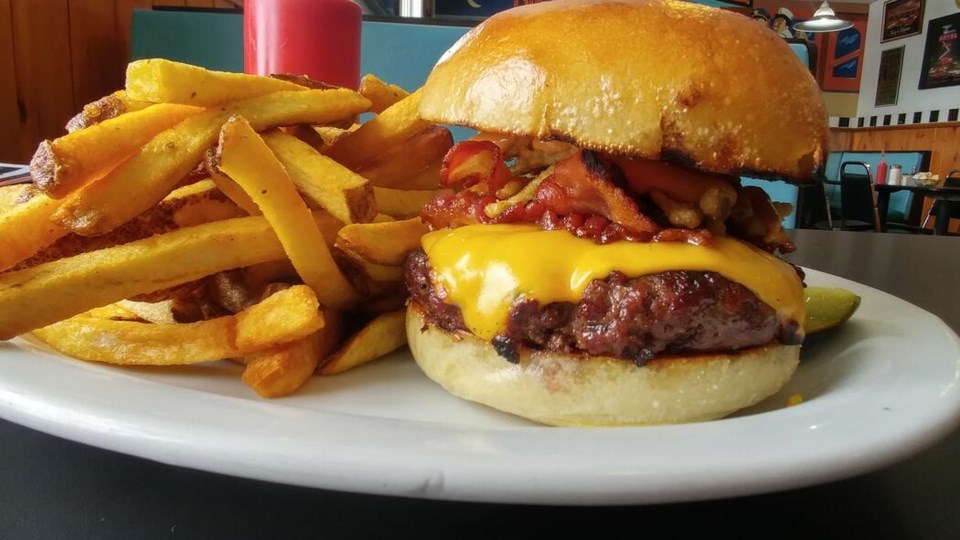 Hoagies Diner burger was one of a number of burgers rated as the region's best. Photo courtesy Northern Ontario Travel Magazine.

A group of local restaurants had their burgers recognized in a ranking of the 12 best burgers by Northern Ontario Travel Magazine recently.

The White Owl Bistro meal that caught the magazine's attention was their Bison and Boar Burger.

Hoagies Diner was recognized for its tasty 6 oz chargrilled burger.

The Syl's Neighbourhood Kitchen burger that topped the list is its BBQ bacon cheeseburger.

"The BBQ Bacon Cheeseburger is a favourite with regulars, featuring a grilled 4 oz beef patty layered with swiss cheese, two pieces of bacon, Forty Creek BBQ sauce, fried mushrooms, lettuce, tomatoes, and crispy onion strings, which are made in house," the magazine stated.

The rankings which included the best burgers from both the northwest and northeastern portions of Ontario also recognized a pair of burgers in the Temiskaming Shores area like Dida's Bison Burger in Earlton and Tap that Bar and Kitchen's Jim Beam Burger in New Liskeard.