A 10 year old pleads to North Bay thugs and addicts, 'Don't scare me!' 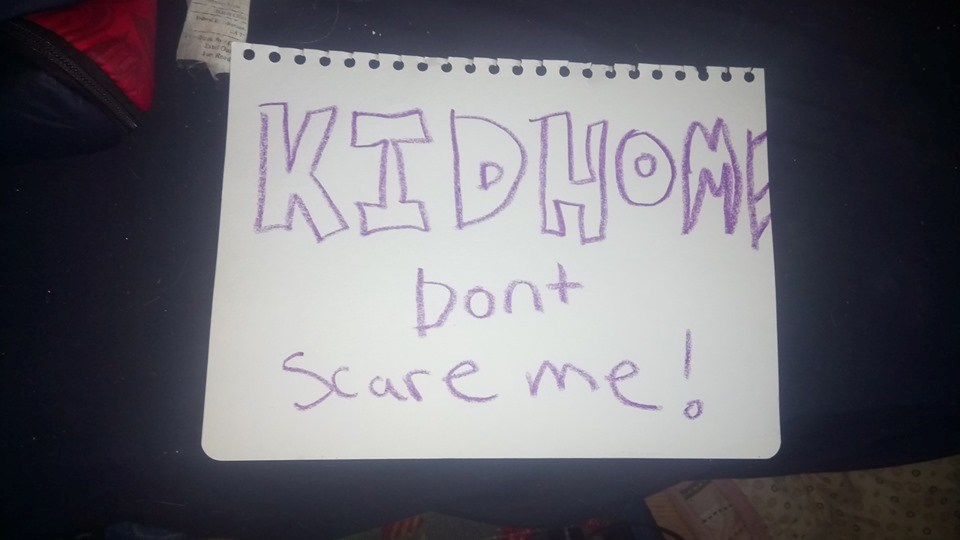 A 10 year old's plea to North Bay thugs after drugs and violence hits his neighbourhood.

A North Bay youngster has made a plea to neighbourhood bad guys to leave him and his family alone.

The boy put a sign in his bedroom window begging to be left in peace.

We are withholding the name of the family and the location, the Mom telling BayToday, "We are afraid of retaliation. We have been threatened once already just for being on (social media). Two guys came up to us out front of our apartment two weeks ago."

The mother made an appeal on a Facebook site.

"Awww, found my son put this in his bedroom window to tell the thugs in our back parking lot to leave. Breaks my heart, he's ten. He feels the need to tell them to stop. I'm trying to make him feel safer. It's so hard when all he has to do is look out his window."

Concern about petty crime, break and enters and drug abuse has risen in the community over the summer months and one group is heading out every night picking up discarded needles. Goodwill ambassadors are now walking the downtown.

"We def are not feeling safe in this area anymore," the mother admitted to BayToday. "Three families with very young kids live in my apartment building. We don't know what to do anymore. We are sandwiched between drug dens. The violence is unreal. My son, 10, sees it all out his bedroom window. He's scared really bad lately. It's devastating."