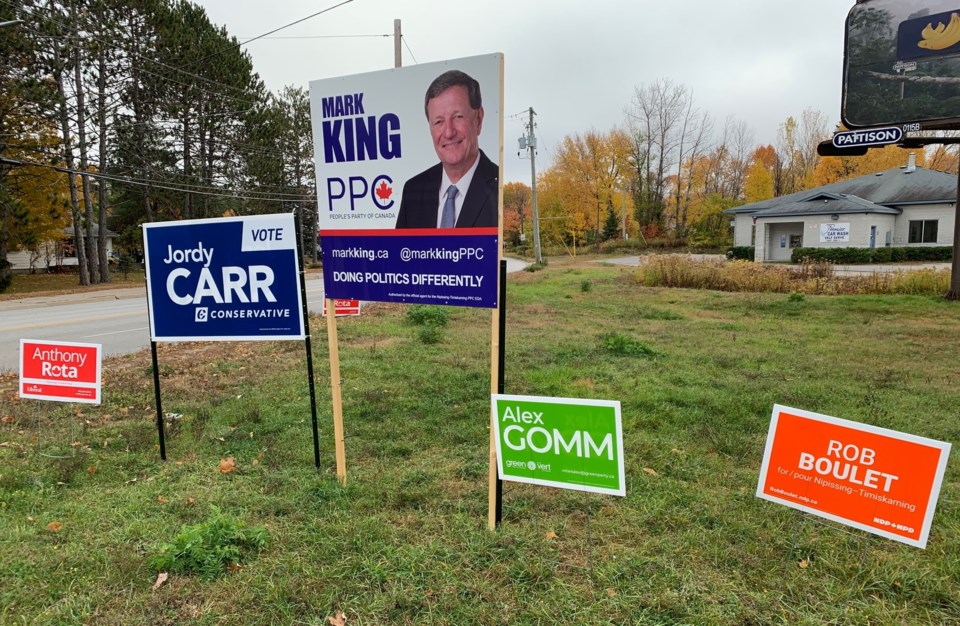 Five candidates are running in Nipissing-Temiskaming.

Rota leads by over 2,000 votes with 105 out of 205 polls. Both CBC and CTV predicting a Liberal minority government. Watch BayToday for individual election stories. Good night. 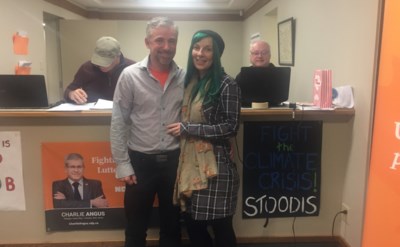 With 95 polls in Rota well in front. 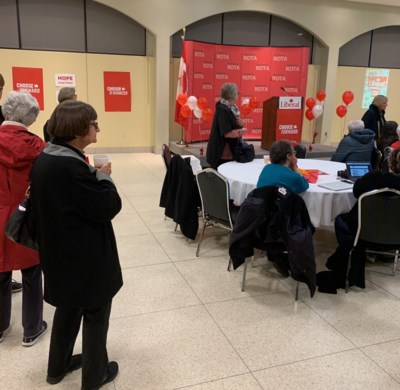 Very strong showing by NDP Boulet tonight. Sits in 3rd about 500 votes behind Carr, Wonder if the NFN followed the lead of their chief and voted NDP en masse.

In PS-M Conservative Scott Aitchison is in the driver's seat with a comfortable 3,000 vote lead. Strong showing by Green's Gord Miller in third.

Rota now almost 1,000 votes ahead of Carr and is running away with it. 50 polls reporting. King now 3,000 votes behind and still sits 5th.

NDP candidate Rob Boulet tells BayToday he's happy with his campaign. getting a lot of support today. Says it was a good experience and will likely run again. "It's been amazing. I've had an amazing team of people."

21 polls. We'll call Anthony Rota will retain his seat. He has widened his lead over Carr to 547. NDP Boulet in third, Alex Gomm of the Greens is fourth with King now a distant 5th.

Rota has early lead in Nip-Tem.

Reminder check here for live up to date totals.

Trisha Cowie - LI, takes early lead in PS-M, with Miller 4th out of 5.

No totals yet. Interesting to note that Green candidate in Parry Sound-Muskoka Gord Miller is from North Bay and is the former Ontario Environmental commissioner.

Elections Canada is reporting that there have been robocalls telling voters that the election is tomorrow Oct 22 to mislead voters.

BayToday has reporters covering the Liberal, Conservative, PPC, and NDP post-election gatherings and will have stories later in the evening as candidates arrive.

You can get live updates here.

Polls have closed locally and ballots are being counted.

In Nipissing--Timiskaming there are five candidates running:

In Parry Sound Muskoka there are also five candidates.

It appears Liberal Anthony Rota is the favourite to take Nipissing-Temiskaming this time around.

The question is how much was the opposition Conservative Jody Carr's chances hurt by the injection into the race by PPC candidate Mark King. In a BayToday poll early on, it indicated that the combined Carr-King total was greater than Rota gained.

Also, will the endorsement of NFN Chief McLeod affect the numbers of the NDP candidate.

North Bay receives $2.6m Infrastructure Fund grant
Jan 17, 2020 10:02 AM
Comments
We welcome your feedback and encourage you to share your thoughts on this story. We ask that you be respectful of others and their points of view, refrain from personal attacks and stay on topic. To learn about our commenting policies and how we moderate, please read our Community Guidelines.