This local food truck keeps on rolling through COVID-19

"We wanted to bring Sturgeon Falls quality fries to the city, and from the feedback we're getting, we feel we're getting there if we're not already there."
Jun 1, 2020 1:00 PM By: Mike Anthony 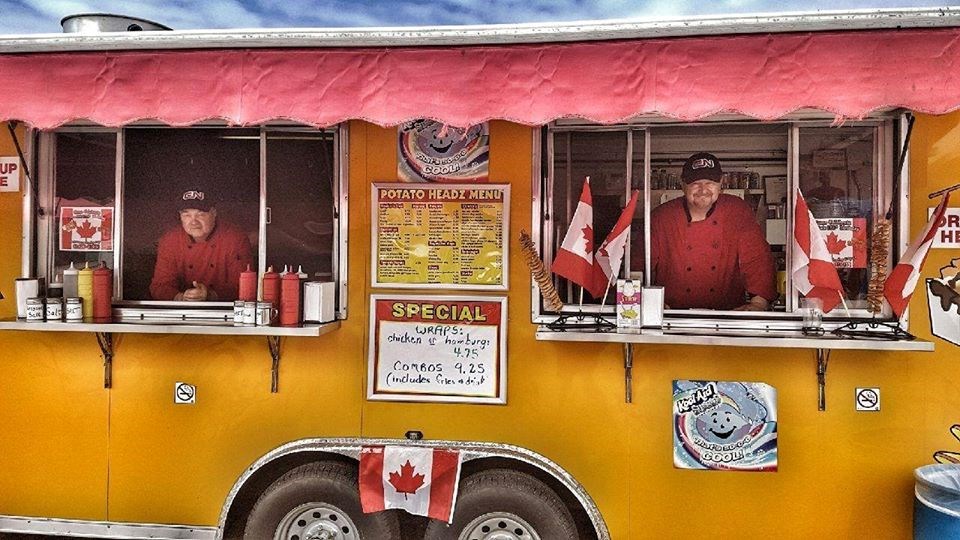 This is one in a series of articles in the feature called "Let's Eat" which focuses on the local food and dining scene. This time we touch base with the owners of the Potato Headz food truck.

One of the first things we learned about was the name "Potato Headz" and the logo on the side of the large truck, showing two cartoonish potato characters with smiling faces. "We wanted something catchy and something fun, and the two represent me and my brother Rolly, who work in the truck. I'm bald, and Rolly's almost bald," explains Ray Bigras, with a chuckle.

You'll find them now at the corner of Algonquin and Landsdowne, across from the Esso gas bar and near the entrance to the Voyager. They first opened in 2014, and for years had a well-known spot near Canadian Tire. But when a new Dairy Queen was planned for that location the Bigras brothers found their new home on Algonquin.

Their signature item is fries, and Bigras says they got started to bring quality french fries to North Bay. "We wanted to bring Sturgeon Falls quality fries to the city, and from the feedback we're getting, we feel we're getting there if we're not already there. Everything is fresh every day," he says.

He says their burgers are fresh, never frozen and every pogo (hot dog on a stick) goes into the fresh-made daily batter and is hand-dipped from scratch for each order. They also dish up fish and chips, deep-fried pickles, sausages on a bun or pogo-style, mushroom caps, wraps, and more.

One of their most popular items is also a signature item, which Bigras believes may be unique to their truck in Northern Ontario. It's the Potato Tornado.

"It's a spiralled potato essentially in one long piece, that is deep-fried on a stick. It's very popular," he adds. They see a lot of customers taking pictures of the tasty treat and sharing it on social media.

Like many others, Potato Headz was impacted by the COVID-19 situation. They require customers to respect social distancing when in line, and have had to remove their popular picnic tables. They've enhanced their already stringent cleaning procedures, have begun getting more pick-up orders, and now offer delivery for a fee by calling 705-471-6522.

Still, Bigras says their customers keep them smiling. "People are great. It's surprising how nice people are during a situation like this, looking out for each other. This is what we love about our work, the people. Our customers make it fun to go into work." You can find them daily at the corner Algonquin & Landsdowne, from 11 a.m. to 8 p.m, until well into the fall season.

This story was made possible by our Community Leaders Program partner. Learn more