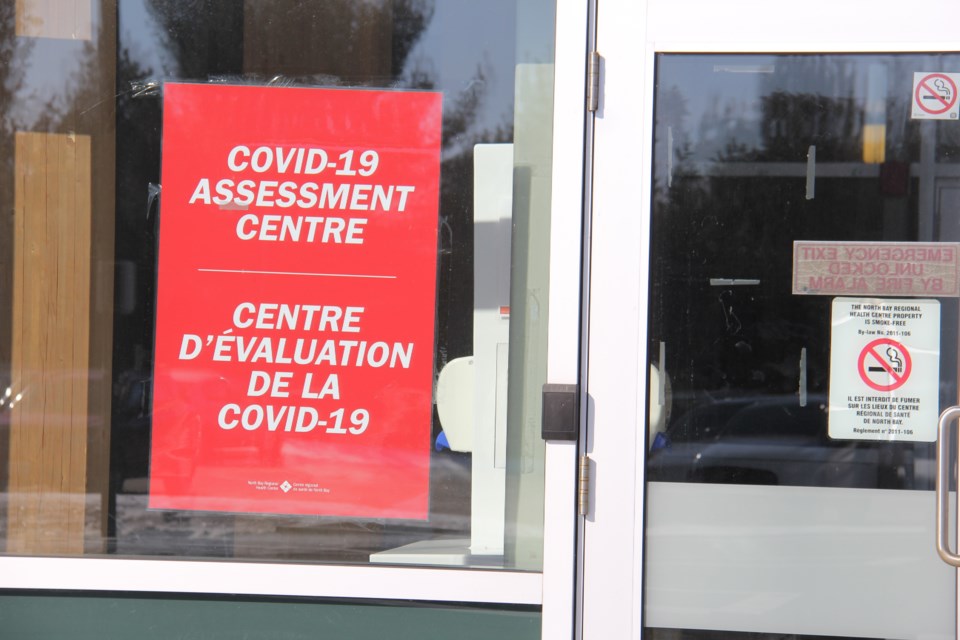 The North Bay Parry Sound Health Unit reports five new COVID cases today, all from the Nipissing District, bringing the total to 562 since the pandemic began.

There are 72 active cases, 69 from the Nipissing District and just three in Parry Sound.

Just over 72 per cent of adults have at least one vaccination with almost 23 per cent fully vaccinated.

The outbreak at the North Bay jail has reached 33, leading authorities to close the facility for at least two weeks.

Approximately 61 inmates from the North Bay Jail will be transferred to other facilities that have the capacity and ability to isolate these inmates under droplet precautions separately from the general population.

Also, we learned today that the Health Unit was involved in holding a pop-up vaccination clinic on the corner of Third Avenue and Ferguson Street in North Bay on Monday amid rumours that a COVID-19 outbreak is happening within the North Bay homeless community.

The Timiskaming Health Unit reports no new cases and no active cases.

The Sudbury Health Unit reports six new cases and 35 active cases. There has also been one additional death, raising that number to 31.

Also today, the Council of Ontario Medical Officers of Health is urging you to get fully vaccinated against COVID-19 as soon as you are eligible, and to take the first vaccine that is offered for a first or second dose.

And, Premier Doug Ford says his government may move Ontario into the second phase of its reopening plan earlier than scheduled.

See: Ontario may move into Step 2 of reopening plan earlier than planned: Ford

Get a Free Community Hub Program with any annual display package.
Dear reader