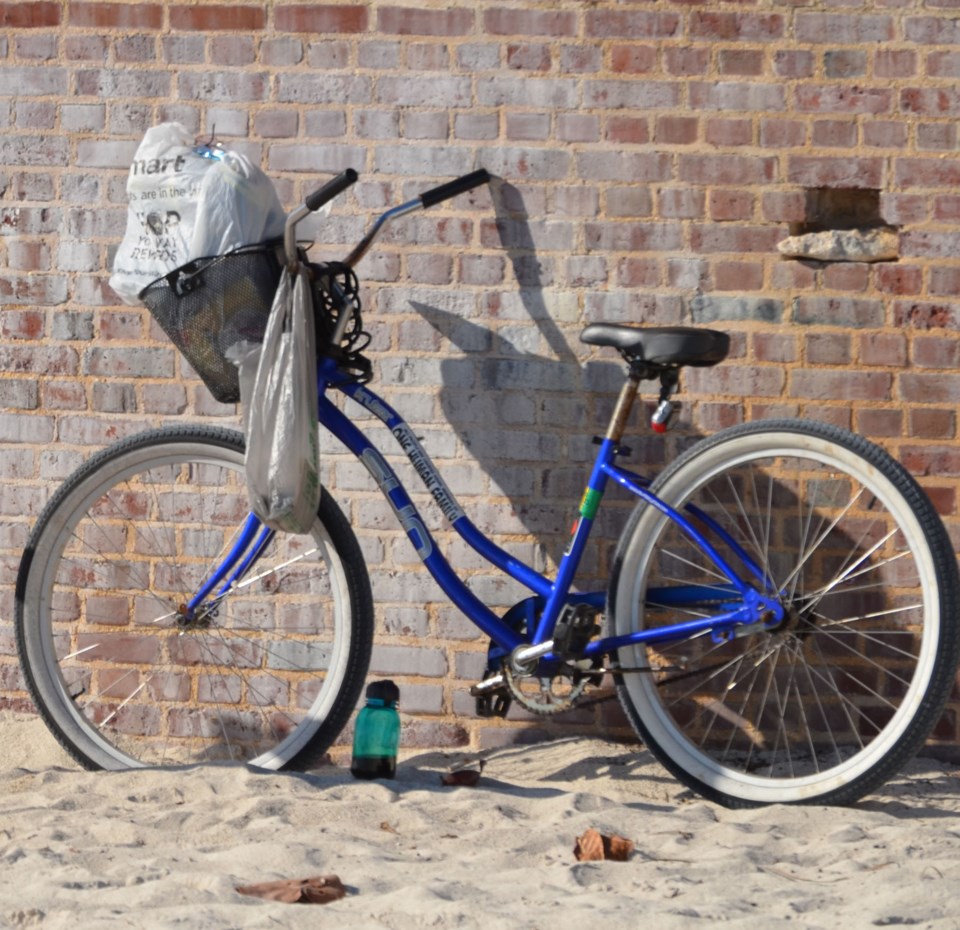 I thought we had made it to the big times when I read the headlines about having a Bike Chop Shop downtown but the details soon burst that balloon.

Chop shops are generally places where thieves take parts from one or more cars by cutting and then welding or attaching them to a car that had been scrapped or damaged. The VIN of the car is still alive, and with serial numbers scrubbed off the parts, presto – you have a new car that you can sell. The entertainment world even made TV shows of chopping cars and motorcycles. With our newfound status as a movie town, I thought ‘Bay Bike Chopper Babe’ was a sure thing.

Alas, all our entrepreneurs were doing was cutting the bikes into small pieces and selling it as scrap to some unsuspecting scrap dealer. How many bike frames, I wondered, would you have to ‘find’ to make this a money-paying proposition? Nonetheless, it did seem like a job-creation initiative worthy of our City.

The truly professional bike chopper would have been taking parts from ‘found’ or purchased bicycles, matching them to other frames, giving them a new paint job, cleaning the chain, and shining the chrome before selling these re-purposed transportation devices like hotcakes. A person might be able to pick up a nice mountain bike worth seven or eight hundred dollars for next to nothing at the chop shop.

The amateur bike choppers we apparently had downtown should not be confused with Bicycle Repair people, even those who are just fixing the bike for a friend. They may have had the required tattoos and facial hair (the females just smear a little grease on their faces to appear authentic) to look like professionals; indeed they may have had that glazed look in their eyes but that was not from drugs, just too much pepperoni pizza for breakfast.

Now, as we all know, every cloud has a silver lining. How could the Downtown Improvement Area executives and the Mayor and Council turn this into a win-win (or in biker’s parlance, a Schwinn-Schwinn) situation? Could we, for instance, take some of that Transit Funding (buses, bicycles – what’s the diff?) and redirect it to Bicycle Repair Person Training? Could they get the College on board and peddle a course in Bicycling (On & Off the Road & Into the Shop 101)? Or as one councillor suggested, we could apply for a grant before the upcoming federal election to study the gyroscopic effect of two-wheeled bicycle stability.

The fly in the ointment in this Downtown Revitalization project is the place(s) of business (residences) of the bike choppers. They are apparently attracted to housing that is geared to their income and lifestyle and this may be below the neighbourhood standards. The City might try to enforce their business licence program but bylaw enforcement is already under so many pressures. Maybe these choppers are just hobbyists or apprentices looking for a true chop shop where they can move up to chopping Audis, Beemers, and Mercedes, or even Cadillacs.

I`m sure the Mayor and Council would like to apologize for our 58th place ranking in bicycle chop shops for cities of more than 50,000 population across Canada. They might have tried to get Justin to apologize for this but Justin seems to have run out of apologies for now. The PM seems to shy away from apologizing for anything that might have ties to illegal activities – especially his own. Just saying.

Opinion: Bill Walton, Fixing the Price of Food
Feb 4, 2020 10:00 AM
Comments
We welcome your feedback and encourage you to share your thoughts on this story. We ask that you be respectful of others and their points of view, refrain from personal attacks and stay on topic. To learn about our commenting policies and how we moderate, please read our Community Guidelines.