Home delivery shopping is not really new – merchants are only readapting.
Oct 24, 2020 7:30 AM By: Bill Walton 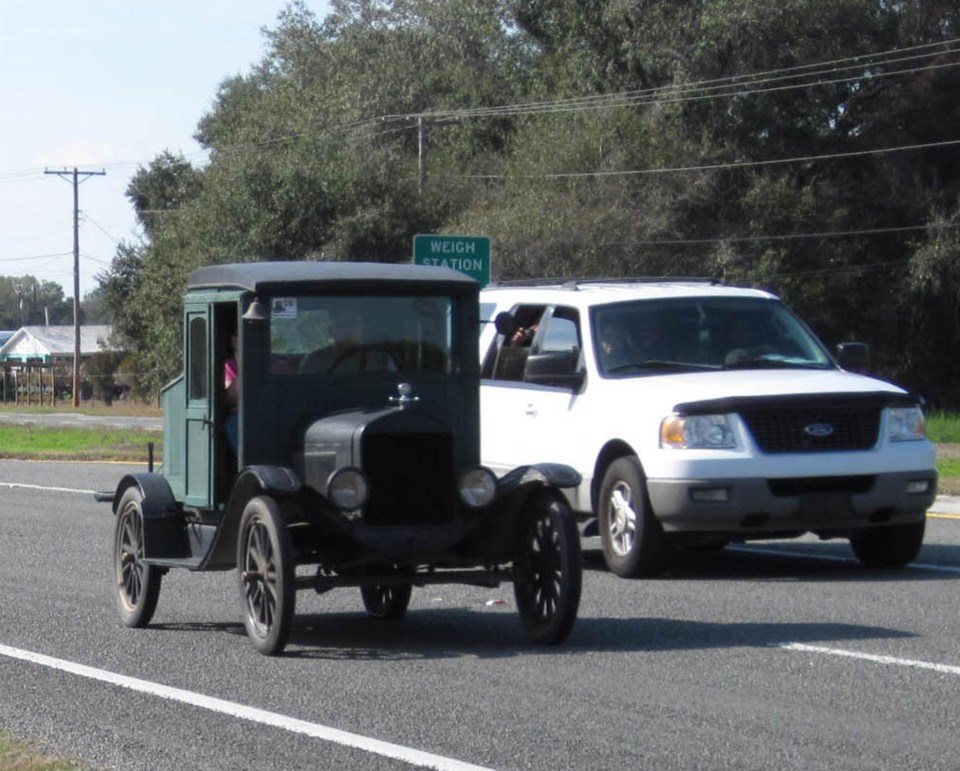 We were chatting the other day about how Covid has changed how we shop (my brother is in our bubble). It surely is amazing how one can look up a grocery item on a smartphone, send that picture along with the rest of the shopping list to an order-filling clerk at the grocery store so he or she can fill your order using their smartphone to find items, scan the price, and eventually print a bill for goods and services rendered. The masked clerks will even deliver it to your vehicle in the parking lot when you use your smartphone to advise that you are waiting in the pickup area and have done an e-transfer to pay for the groceries.

There was a caveat when this service first began as they worked the kinks out – it could take up to 10 days to get your order. The way I go through frozen yogurt just didn’t work with that model. That I don’t use a smartphone might also have caused some delays although a landline might work if you trusted the filling clerk to pick out your favourite baked beans (Bush’s Original – not the barbeque flavoured ones).

Ordering food via the telephone is nothing new – we’ve been ordering pizza and Chinese for years – usually with good results. Having a fellow in a car deliver dinner is really not that new of an idea although the restaurants and UberFood are refining their methods daily. GPS helps in organizing the delivery routes for multiple orders.

My brother allowed that we have adapted quite quickly to the challenges of Covid. Well, not really, was my reply.

In 1953/54 I worked as a clerk at Moore’s General Store in Nipissing village. The pay was 37 cents per hour the first summer rising to 40 cents the next year – believe it or not, a much-appreciated wage when you are 151/2  years old - plus I got to drive the delivery truck with my new driver’s license. The downside was that we also delivered 45-gallon drums of gasoline, bags of chicken feed, blocks of salt, and cases of motor oil. (The truck was a little newer than the one in the photo!)

Keith showed me how to handle those drums of gasoline on my own using only a 6-foot plank for a helper. I was still a scrawny kid but somehow I managed to get the gasoline off the truck and rolled to where the farmer wanted it. I could not roll a bag of chicken feed but once I got it on my shoulder, I could stagger to the feed shed with it.

The grocery orders were much more fun to fill and deliver. Once the owners and the senior clerk, Al, trusted my spelling and writing, they allowed me to take the phone orders when the men were busy. I soon knew how certain customers wanted thin or thick-sliced bologna. Mrs K wanted some thin slices for the children’s sandwiches but a separate order for thicker slices used for frying with the morning eggs. Mrs. S preferred a little more fat on her pork chops as that was the way Mr. S liked his chops. Mrs B preferred an extra lean hamburger as she was always on a diet.

I soon learned how to use the meat slicer and it wasn’t long before Al taught me to cut chops and run the food grinder for making hamburger. Slicing a wedge of cheese from a wheel was an art – getting the amount a customer wanted as precise as possible was Al’s domain but he had been doing it for years. Some of the clerks at my Deli can do a pretty fair job of guessing the number of slices to give me about 200 grams. They wrap it in plastic, tell the scale to give them the barcoded value for checkout, and I am off to find where they have hidden the sardines this week.

Wrapping the meat and cheese in waxed butcher’s paper was very similar to wrapping Christmas presents and it was much easier to tie the package with butcher’s cord than a ribbon.  We had a paste-backed paper tape but it was temperamental when too wet or too dry. The package was weighed, the weight and price per pound written on the package, and the multiplication done right on the package. I was good with my arithmetic and I was soon doing the calculations for Al who I am certain faked his lack of ability with the multiplication tables.

Payment back then was by cash since credit and debit cards were not in use until the 1960s. Many of the local farmers ran a tab at the store – an accounting kept in a large, hand-written ledger in the office. The storeowners ran their own credit bureau and we were aware of who was on a cash-only basis. We accepted American money at the bank exchange rate, doing the calculation by hand at the till. Can you imagine that happening today? Of course, all we do now is swipe plastic or hold up our smart phone and unless someone in a far-off land is checking your credit score, the deal is consummated immediately.

I learned a little about public relations while I filled grocery orders, stocked shelves, and pumped gasoline. There was no such thing as social media and computers were only in the minds of evil the geniuses who were plotting our downfall. People relied on word-of-mouth because the telephones in our rural area were all party lines and one had to be careful with your words. The General Store was a hub for information, whether it was who was expecting, how many piglets the Smiths had last week, or for the American tourists, where the fish were biting. Delivery customers expected the Saturday afternoon grocery delivery person to bring all the latest community news.

The one convenience that we had back in the day was paper bags for packing the groceries. Bags were sized by not only by their volume but by their carrying capacity. You could use the #6 bag for bakery goods but you needed the #10 bags for canned goods – or a cardboard carton. People liked the paper bags because they were excellent for placing under the kindling when lighting the cookstove fire in the morning. Now there is talk of doing away with plastic single-use bags. Some stores and Shoppe’s are already using paper bags. The more things change . . .

However, what are the chances of the clerk at the No Frills knowing what the smallmouth bass are hitting on this week? My brother says nil. Back in the day, I would have told the American tourists that dew worms were hot – and we had them in a cooler in the ice shed – 35 cents a dozen.

Cry Havoc
Nov 11, 2020 10:59 AM
Comments
We welcome your feedback and encourage you to share your thoughts. We ask that you be respectful of others and their points of view, refrain from personal attacks and stay on topic. To learn about our commenting policies and how we moderate, please read our Community Guidelines.