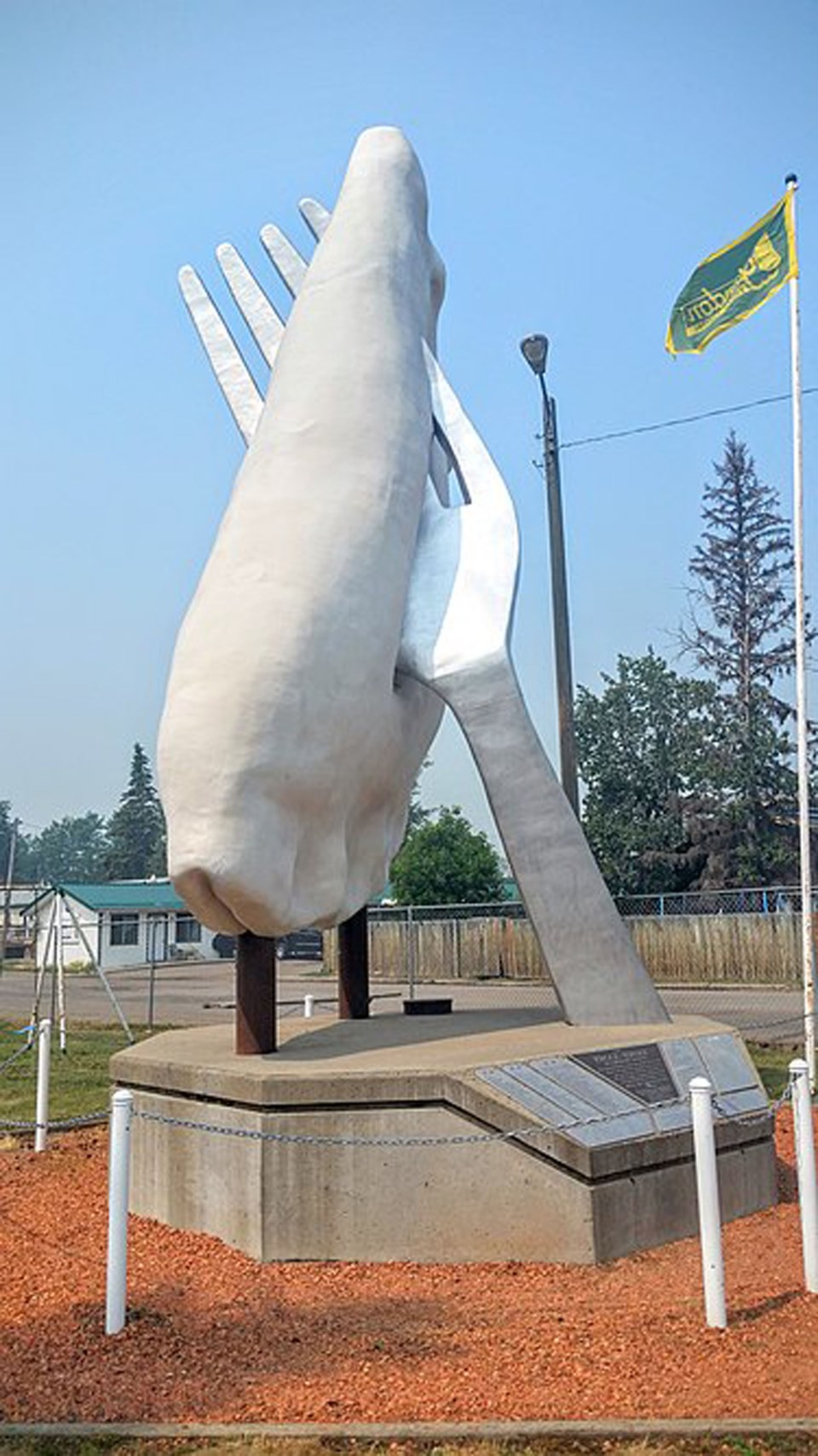 I have seen that giant perogy in Glendon, Alberta and it is a mouth-watering sight for those of us who love to eat things we ought to be careful of in the amount we consume.

When I heard on TV the other night that the PM was going to prorogue the government I hoped I had misheard because the Libs had promised not to use Harper’s ploy to hide/avoid things. My wish was that I had misheard and that Trudeau was going to offer free perogies to everyone as part of the Covid relief programme. The plan might have been called the Wee Perogy Benefit or WEEP.

However, it was not to be.

Rather it looks like he was sticking us with the fork again. The minority government is taking a month off to try to explain the finances of the country via a new budget or financial roadmap. Coincidentally, the scheme will stop all the committee work and the PM’s appearances on TV explaining what the government is doing to help us through the pandemic. The latter TV was getting a little stale and I was beginning to watch the sad comedy show in Washington for relief.

The one ray of hope in this is that Chrystia might show some more of the backbone that upset Donald during the NAFTA re-negotiations. The problem is that the PM might get into a pout like he did with Bill and report Ms. Freeland to the GG. Maybe the GG had perogied too. We could ask if she would only answer the doorbell at Rideau Hall.

One must admit that shutting things down for a while does give temporary relief.

When the loans officer at my bank called the other day wanting to discuss my line of credit I simply told him we had prorogued and he should check back in a month. That will give me time to shuffle the credits and debits around in my accounts. Who knows, maybe there will be another payment from Justin – sort of a promissory note in case there is an election in the fall. We’ll see what he and Jagmeet will do about that guaranteed wage.

Then the CRA called (they promised they would never call on the telephone so I was suspicious) saying they wanted to see my last tax return along with my bank account number. Pretending I had fallen for the foreign accent as this being a new employee brought on to handle all the Student Relief applications (WE was going to do that, remember?), I promised to email him all the information as soon as I redacted absolutely everything with my black Sharpie marker. I felt a sense of power as Pierre Poilievre must have as he waved the redacted pages sent to him by the PMO.

I did wonder that evening if those good mandarins in the PMO had not pushed Justin into another one of their Binary decisions: you must Prorogue or Resign. I could imagine JT saying ‘Are you sure just asking Bill to resign is not good enough?’ and Katie turning up her nose but not actually uttering a word that might be in the records of the meeting that never was.

Ah well, I hope for the sake of the Americans that the Donald does get wind of this perogy thing. Defunding the Post Office did not work for him but maybe he could prorogue the US Government on the 1st of November – say for another four years. I ought not to have mentioned that . . .