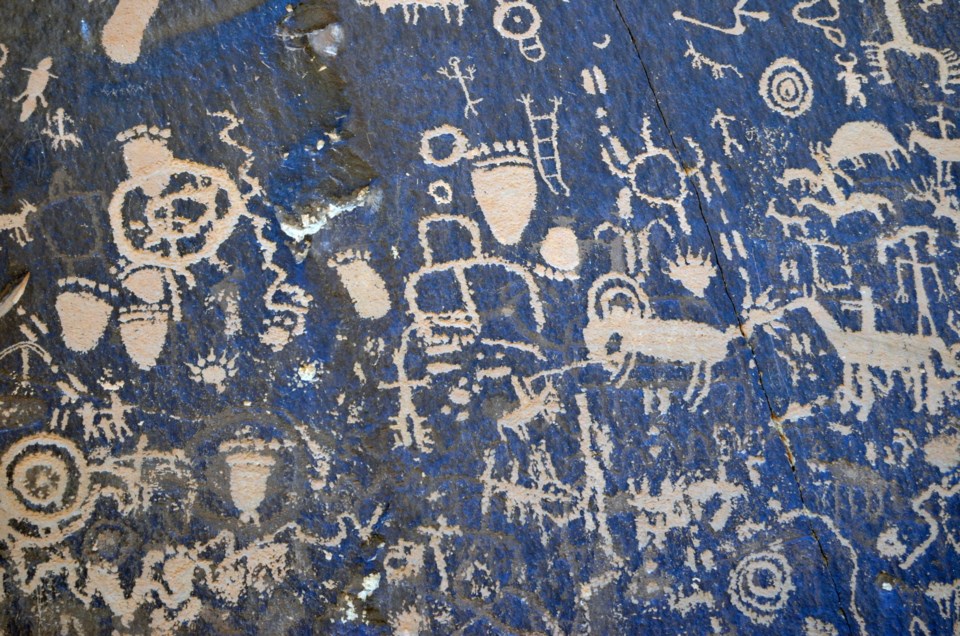 A learned fellow on the radio said the other day that he foresaw a future – post Covid-19 -where things looked very bleak.

He thought the only sustainable solution for the human race was to revert to the Stone Age. That was when we were all hunters and gathers and lived in small communities and paid no taxes. We might still have a municipal council where people could discuss things but that would be it.

Back then, he said, referring to his idea of the Stone Age, there were plenty of moose, deer, fishes, and birds: we had little problem in catching our dinner, clothing ourselves in natural furs and fabrics, and had no internet to distract us. There were no pesticides or herbicides to spoil our kale salads or French fries. One had to be aware of the danger from sabre-toothed tigers and hungry wolves but a sturdy barricade around the village would stop most intruders. Of course, we would not have sabre-toothed tigers since we killed them all, but we would have feral cats and stray puppies begging for scraps.

The fellow – I think he was an Australian – claimed our present rate of growth and depletion of resources was not sustainable. He did admit that we were simply far too many and I suspect his model may have allowed for only about a million people around the world. There would be no cities or even towns: a small village could only live off the land if it did not kill everything in sight – flora and fauna.

There would be no need for roads, rail lines, and airports, as we would have to be satisfied with maybe a wheelbarrow as the epitome of available technology. Making the many complicated things we have now would disappear as soon as we realized that we had no need for electricity, batteries, wind turbines, and solar panels. There would be little need to find other communities for trading purposes and indeed why bother with tariffs, trade deficits, and Free Trade agreements. We would not need seasonal workers as that is what we would all become.

We would have to turn to naturopathic cures for our ailments although massages might still be available down at the hot spring spa.

We would not have to worry about pandemics like Covid-19 because we would have no inter-village travel and the virus could not spread. A whole village might perish from bad water or a scourge but then what was one small settlement in the whole wide world? The www and Google would no longer exist: kids would have to go back to skipping rope, tossing pebbles, and pulling weeds from the potato patch. Of course, once children were old enough they would have to gather fruit, nuts and berries instead of going to kindergarten. They could have a graduation ceremony when they were able to fish and hunt or make clothes.

This Aussie tried to make it sound like living in Stone Age conditions may not be all that bad.

Mind you, life expectancy might only make it up into the 30 years range, but at least we would not be faced with the problems now associated with Long Term Care homes. It would be a shame to lose all the arts but I suppose we could still dance, sing, and draw pictures. We would not be able to share all the arts and ideas on Facebook or Youtube, but we might have some real friends to chat with around the evening fire.

Some older Storytellers could recite Homer, Shakespeare, and Robert Service for our elucidation. Fire pits would become useful not just for entertainment, although I suspect we would no longer have marshmallows, just toasted potato chunks or braised chicken wings.

One wonders what would happen if we had a pandemic that had a mortality rate of 90% instead of the low, but still alarming, mortality rate of Covid-19. Could we survive it in any kind of a civilization other than the Stone Age one imagined by the fellow from down under who was obviously into too much Yellow Tail merlot?

Maybe we could slip back to the Bronze Age and try that. The Stone Age sounds too tough for me.