Opinion: Bill Walton, Back to Paper 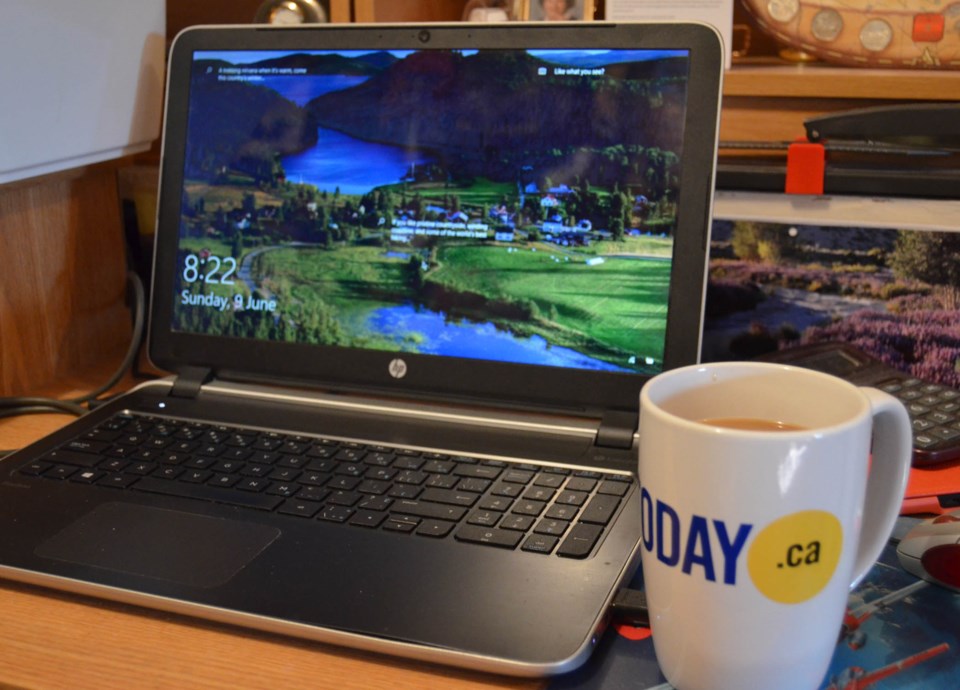 I thought I ought to try out a Starbucks coffee the other day – just to support the new kid on the block, you understand. I could not order a large Dark Roast black as I do at Tims – I mean Starbucks is known for its fancy brews. They have baristas not just servers and asking them to make a plain black coffee would not do the visit justice. Not knowing any of the fancy labels for a caffeine mixture I said mocha but the woman was waiting for a longer description. With the Oreo cookie, I said, thinking that will blow my diet.

Actually, I don’t have a diet per se. I just think about what I am eating and feel guilty. That was somewhat how I felt when they called my name and set the beverage on the delivery stand at Starbucks. I knew the plasticized paper cup was only slightly biodegradable, same as Tims or McD’s, and as I do every time, shrugged that off as a landfill issue. Then I spotted the plastic dome the barista placed over the whipped delight that was part coffee, part syrup, and part cookie. It looked quite nice and sort of softened the shock of the extra price I had paid. Actually, it was about double my Tims price, but still . . .

The thing was – how was I supposed to consume this concoction? Ah ha - with a straw. A plastic straw. Now I was really on the road to a guilt trip.  A good friend’s daughter had just made a public statement about saving the environment and plastic pollution and straws were on the list. The coffee and dessert shoppe had not yet moved to paper straws so I took a plastic one (wrapped in paper for sanitary reasons, I assumed) so I could enjoy my now slightly guilty treat. All I needed to do now was burp up some methane to complete the guilt feeling.

I suppose I could have brought my own container and one of those new ‘permanent personal’ sipping straws and that would have given the environment a small break. But after all, I thought, how much difference would that make? If we all did it, quite a lot. Then that evening our City council had a chance to make a statement about the environment and softened it. I guess the word ‘emergency’ was a little hard to swallow. Maybe you needed to use ‘emergency’ to get people’s attention – and funding - but it came on the heels of the Prime Minister hesitating to use the word ‘genocide’. A person has to choose words carefully in serious situations.

Plastic is becoming one of those words. The darn stuff is everywhere and it is polluting our landfills, oceans and shipping containers from the Philippines. It seems we have been deluding ourselves that this plastic stuff – in its many forms – was recyclable and thence reusable. Not so much, it seems, and because there is such a volume of it coming onto the marketplace every day, we can’t keep up. What to do?

Well, we could go back to paper packaging and its cousin, the cardboard box. These products come from plant-based origins and we have those microscopic critters in our landfills that like to eat the damp remains of paper and cardboard, returning the fibres back to nature as composted soils. Yeah, yeah they produce methane and make mountains out of the molehills we now call dumps. Still, it may be a better solution than the plastics that so far the microbes don’t have in their diet. Maybe some branch of the microbe family will evolve to a plastic diet, which would be a good thing because we now have Nano plastics in the water we drink, the food we eat, and the air we breathe.

While we are on a little bandwagon about plastics, we might also mention glass, metal, gases like CO2 pollution. We might even think about people pollution as we spread out, crowding out the habitat of other creatures on this little blue globe. What may yet not be an emergency for us can be for others. The extinction of a snail species or few birds, butterflies, and bees through the loss of habitat or changes in the environment may not alarm us yet but it is an emergency in the making.

Perhaps our City needs to join the movement of banning single-use plastics – as part of our environmental awareness program (the kind of words that replaced ‘emergency’ at City Hall the other night). I am pondering how I will get my garbage to the curb without those handy green garbage bags and the kitchen-catcher bag under the sink.

Oh, and I apologize to the recycling people about putting my pizza box in the blue box. Apparently, they cannot recycle cardboard that has grease, canola or olive oil stains in it. Maybe someone should develop a recyclable pizza box that the delivery person can exchange or you can get a deposit credit for – something made from plastic, likely. Just saying.