Standing up and speaking up for what you believe in IS playing nice. That’s the paradox of the PLAY NICE system that I base my training and conflict resolution on.  We need to be assertive to balance our needs with the needs of others, and we don’t have to harm or hurt people, places or things in doing it.
Jun 11, 2020 12:32 PM By: Penny Tremblay 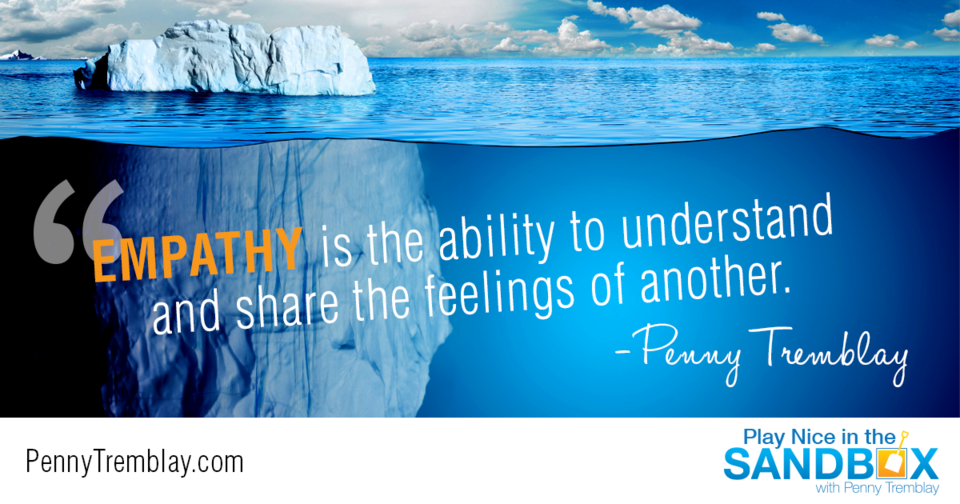 Standing up and speaking up for what you believe in IS playing nice. That’s the paradox of the PLAY NICE system that I base my training and conflict resolution on.  We need to be assertive to balance our needs with the needs of others, and we don’t have to harm or hurt people, places or things in doing it.

With the recent global protests for #BlackLivesMatter, we see hundreds of thousands of people standing up and speaking up about change that they want.  It’s incredible to see the passion and action that people are taking all over the world to create change for unity and irradiate racism.

“You must be the change you wish to see in the world”  is one of Mahatma Gandhi’s most famous quotes.

Imagine you witness your child hitting their sibling, and to correct their behavior, you punish them by hitting them while speaking the words “we don’t hit”.  That is not a peaceful approach, and it sets a bad example.  I’m guilty of making this mistake. There was a day that I hit my child, and I have never forgotten how much I learned about myself in that moment.  I too was hit as a child, once or twice (ok maybe three times) when my parents were correcting my behavior.  When I was moved to correct my child’s behavior some thirty years later, I reverted to old programming and slapped one child for hitting the other child.  Had I used Mahatma Gandhi’s approach, I would have done something more peaceful to correct the situation.  This was a very important lesson for me as a parent, and it applies to workplace conflict, and the current protesting conflict that we are watching.

Peaceful protesting can be very effective because it can heal everyone.

Mother Teresa said: “If you hold an anti-war rally, I shall not attend, but if you hold a pro-peace rally, invite me.”

Law of attraction says that what we think about, we bring about; we attract a match to what we are feeling. The challenge is that when we use peace to seek peace, it’s less exciting and doesn’t get the attention of the ‘bad news’ pipeline, however, it heals from within and uses no ‘enemy’ and therefore, there is no enemy to blame, hate or conquer.  Healing victims (ourselves) versus condemning villains (our enemies) can dissolve conflict that people have long been seeking to resolve.

I stand up to, and speak up for peace, and I’d like to invite people to consider being the change they’d like to see, doing what they’d like others to do, and acting as they’d like others to act.  Resolution is a work in progress, peace might be the longer road to a mutual destination and in putting forth the effort, we will evolve out of old programming, and learn that we can create better play in whatever sandbox we’re standing up for by speaking peacefully and productively toward a better solution for all involved.

It’s difficult to watch the conflict and feel like you can’t do anything, but Mahatma Ghandi also said “If you want to change the world, start with yourself.” We all have work to do, and if you can’t find your way, call Penny Tremblay because the high cost of conflict is avoidable, and our time and nation’s profits can be used for better things.