Ongoing stay-at-home orders in Canada are continuing to dampen sales at Tim Hortons, with the impact on morning coffee routines the single largest drag on the chain's sales, the head of the restaurant's parent company said Friday.
Apr 30, 2021 12:22 PM By: Canadian Press 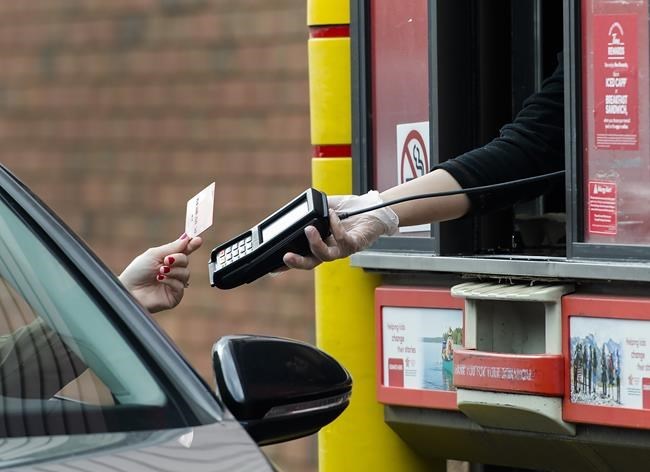 Ongoing stay-at-home orders in Canada are continuing to dampen sales at Tim Hortons, with the impact on morning coffee routines the single largest drag on the chain's sales, the head of the restaurant's parent company said Friday.

"There's no doubt that the biggest factor affecting our performance at Tims is a continued lockdown of a large majority of the country," Jose Cil, chief executive of Restaurant Brands International Inc., told analysts on a conference call to discuss the company's latest results.

"Canada continues to face strict lockdowns in much of the country with mobility severely restricted," he said. "Americans are experiencing a very different path out of COVID than Canadians."

Indeed, Restaurant Brands — also the parent company of Burger King and Popeyes — topped expectations as it reported its first-quarter profit and sales grew compared with a year ago.

But the company's big picture masks the slump at Tim Hortons, which recorded a 4.9 per cent decrease in system-wide sales during the three-month period. That's compared with the same quarter in 2020, which was down 9.9 per cent compared with 2019.

"Tim Hortons Canada was down 14 per cent on a two-year basis," Cil said.

In Ontario, where nearly half the chain's restaurants are located, a provincial lockdown continues to hamper sales, he said.

"Restaurant dining rooms are totally shut down," Cil said. "Transit mobility today is down 60 per cent from pre-COVID levels."

Still, in regions with fewer restrictions, he said sales are up.

"Where Canadians are permitted to have more normal routines, they're coming back to Tim Hortons," Cil said.

"The comparable sales performance of restaurants in rural and suburban areas was flat to slightly positive year-over-year during the first quarter."

The company is encouraged by positive trends that bode well for the coffee chain's recovery post-COVID, he added.

"We launched our new dark roast coffee that has performed exceedingly well and has actually grown our coffee market share by two points in the quarter," he said in an interview.

"It actually pulled more people into Tims. It's not just a matter of someone trading an original blend for a dark roast blend."

Tim Hortons rolled out its first fully digital spring marketing campaign in the quarter, tweaking the prize contest's name to Roll up to Win — rather than Roll up the Rim.

The campaign "not only performed exceptionally well but drove a huge engagement on our app and through our loyalty program," Fulton said.

In one week in March, over half of transactions from the chain's roughly 4,000 restaurants across Canada were done with the Tim Hortons loyalty program, he said.

Fulton said something Tim Hortons calls "brand closeness," essentially how customers feel about the brand's quality and service, is sitting at a three-year high.

"As the economy reopens, we think we're in the best position of any restaurant brand to be there to serve Canadians," he said.

Companies in this story: (TSX:QSR)