NEW YORK (AP) — A long-awaited book about Philip Roth that was pulled last month amid allegations of sexual assault and harassment against biographer Blake Bailey has a new publisher.
May 17, 2021 12:47 PM By: Canadian Press 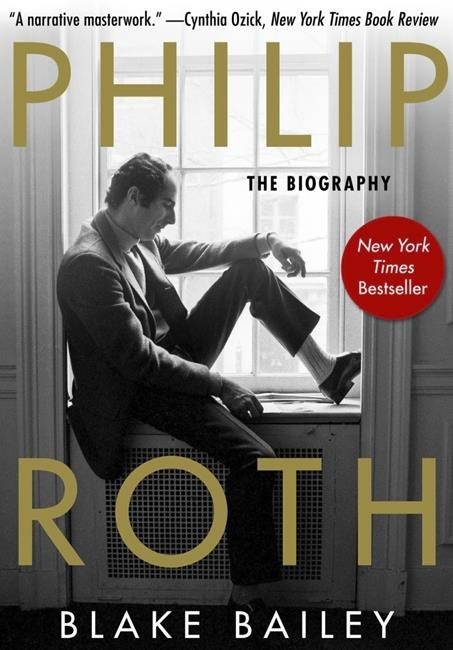 NEW YORK (AP) — A long-awaited book about Philip Roth that was pulled last month amid allegations of sexual assault and harassment against biographer Blake Bailey has a new publisher.

Skyhorse Publishing told The Associated Press on Monday that it will have “Philip Roth: The Biography” available in paperback June 15, and hopes to have the e-book and audio editions ready by Wednesday.

Bailey's 900-page biography was begun in 2012 and written with the participation of Roth, who died in 2018. Released in early April by W.W. Norton & Company, “Philip Roth” received mostly positive reviews, although critics for The New York Times and The New Republic found Bailey too indulgent of Roth's behavior towards women. The book reached the Times bestseller list among others.

But two weeks after publication, reports from the Los Angeles Times, the New Orleans Times-Picayune and The AP among others featured extensive, on-the-record quotes from former students of Bailey while he was a middle-grade teacher in New Orleans in the 1990s. The students alleged a pattern of inappropriate behavior while he was a teacher, and that he later pursued sexual relationships. Two former students and book publishing executive Valentina Rice have alleged he assaulted them. Rice's account first appeared in The New York Times and was confirmed by Rice to the AP.

Norton initially paused the book's printing and promotion, then withdrew it altogether, along with a Bailey memoir released in 2014, “The Splendid Things We Planned.” As of Monday morning, hardcover copies of “Philip Roth” were still available on Amazon.com and Barnes and Noble.com.

Financial terms for the Skyhorse deal were not disclosed. Bailey, who has written acclaimed biographies of the authors John Cheever and Richard Yates, has denied any wrongdoing.

Bailey has been widely condemned, but not everyone agreed with Norton's decision. PEN America CEO Suzanne Nossel issued a statement at the time worrying that by Norton's standard, “thousands of books by bigots, misogynists and miscreants . . . could be removed from circulation.” The Nation columnist Katha Pollitt thought Bailey complicit in Roth's view of women, but believed that “readers should have the chance to buy the book and come to their own conclusions."

For book industry watchers, the Skyhorse announcement was not a major surprise. Last year, Skyhorse published Woody Allen's memoir “Apropos of Nothing” after it was pulled by Hachette Book Group, where employees staged a walkout in protest. Allen's daughter Dylan Farrow has alleged he molested her when she was 7, an allegation Allen has denied.

More recently, Skyhorse reached a two-book deal with the author, columnist and radio host Garrison Keillor, dropped by Minnesota Public Radio and The Washington Post in 2017-18 over harassment allegations. The books include the memoir “That Time of Year,” a late fall release in which Keillor is expected to address the allegations.

Skyhorse books are distributed by Simon & Schuster, which has been involved with numerous controversial works recently. They are the publisher of an upcoming memoir by former Vice President Mike Pence and the distributor of Sen. Josh Hawley's “The Tyranny of Big Tech,” which Simon & Schuster declined to publish after Hawley's support for the Jan. 6 rally in Washington that led to the siege of the US Capitol by supporters of then-President Donald Trump.

Distributors are not involved in editorial decision making, though last month Simon & Schuster took the rare step of declining to distribute a memoir — to be published this fall by Post Hill Press — by a Louisville police officer who fired at Breonna Taylor after being shot during the deadly raid on Taylor’s apartment.

On Monday, a Simon & Schuster spokesman declined comment on the Roth biography. Simon & Schuster CEO Jonathan Karp has said he considered the decision on the Post Hill Press book an outlier and that Simon & Schuster had no plans to withdraw from other works its distribution clients acquire.