TORONTO — Manulife Financial Corp. says its core net profits surged in the first quarter but overall net income attributed to shareholders was lower due to a steepening yield curve in North America.
May 5, 2021 6:20 PM By: Canadian Press 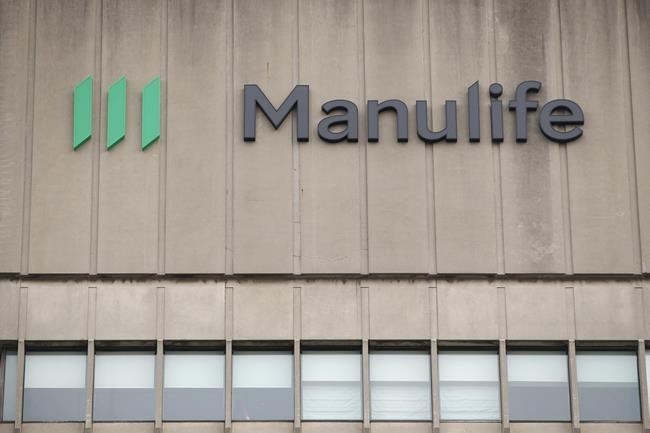 TORONTO — Manulife Financial Corp. says its core net profits surged in the first quarter but overall net income attributed to shareholders was lower due to a steepening yield curve in North America.

The insurer and financial services company says its core earnings were $1.63 billion or 82 cents per diluted share for the three months ended March 31, compared with $1.03 billion or 51 cents per share a year earlier.

It benefited from seed money investments in new segregated and mutual funds, higher new business in Asia and the U.S. and core investment gains.

The impact of the yield curve on net income was partially offset by higher core earnings and improved investment-related experience.

Manulife was expected to report 77 cents per share in core earnings, according to financial data firm Refinitiv.

"We delivered very strong operating results in the first quarter of 2021, driven by double-digit growth in core earnings across all of our operating segments," stated CEO Roy Gori.

"While the overall impact of higher interest rates is positive over the long term for our Company, higher risk-free rates and a steepening yield curve within North America impacted net income in the quarter."

The Toronto-based company, which has more than 37,000 employees across the world, says it has been working on cutting expenses and expanding its footprint in Asia through partnerships with banks in Indonesia and Vietnam.

This report by The Canadian Press was first published May 5, 2021.

Companies in this story: (TSX:MFC)