B.C. landmark tourism attractions eligible for up to $1 million in pandemic grants

VICTORIA — The B.C. government is offering up to $1-million grants to help "anchor" attractions and tour bus operators survive the pandemic and ramp up operations when it's safe to do so.
May 18, 2021 7:36 PM By: Canadian Press 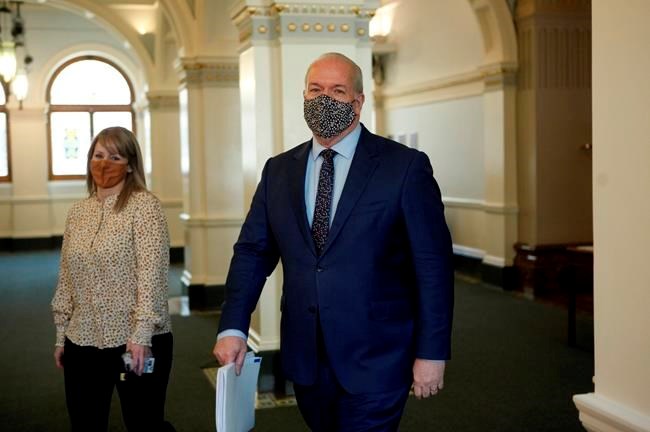 VICTORIA — The B.C. government is offering up to $1-million grants to help "anchor" attractions and tour bus operators survive the pandemic and ramp up operations when it's safe to do so.

Premier John Horgan and Tourism Minister Melanie Mark said they believe the $50-million BC Major Anchor Attractions Program is enough to prevent any of those not-for-profits and businesses on the edge from going under.

Few sectors have been hit as hard by COVID-19 as tourism, Horgan told a news conference Tuesday.

Anchor attractions have ripple effects on the economy as visitors stay in hotels, eat at restaurants and shop in the area, while also offering employment opportunities, especially for youth, he added.

"Many of our major tourism attractions we all know and love are struggling and we need to make sure we're there for them," Horgan said.

Marks said the program could help about 30 urban attractions and 40 rural ones. As examples, she gave the Museum of Anthropology, Butchart Gardens, Capilano Suspension Bridge, Pacific National Exhibition and Science World.

Urban attractions that get at least 75,000 visitors each year are eligible for the maximum amount, while rural attractions with 15,000 or more visitors, and tourism bus companies with a minimum of 30,000 passengers annually may receive up to $500,000.

The funding will cover expenses like payroll, rent and utility costs related to restarting operations in preparation for gradual reopening in alignment with provincial health orders.

Applications will be accepted until June 7, with funds provided in July.

"This is, with all due respect, new terrain for government to be handing out grants to a sector," Mark said.

However, not everyone agreed the funding is a sufficient life line. It doesn't meet the $8 million the PNE has said it needs to stay afloat.

The attraction employs 4,300 people and is the largest employer of youth in B.C., the PNE said in a statement May 5 when it announced it would have to remain closed for a second season due to COVID-19 restrictions.

It said last month that with forecasted losses of $15 million, it would need about half that in emergency grants from the province to survive.

Vancouver Mayor Kennedy Stewart said in a statement he was disappointed that the B.C. funding announcement meant the city-owned operation will still be left critically short.

It should receive the same level of support from senior levels of government as other fairs across Canada, but unlike other major attractions, the PNE has not been guaranteed any COVID-19 funding to date, he said.

Stewart said he would work with PNE leadership on next steps.

PNE president and CEO Shelley Frost said the funding is a step in the right direction and she took comfort in Horgan's comment that the organization's application will give the province a better understanding of its challenges.

Frost said she hopes the government recognizes the difference between an organization that generates $2 million and one like the PNE, which generates $60 million and has significant fixed costs.

"I hope they will be moved to realize there will be some unique situations where $1 million is not going to be enough in the first step, but hopefully it will be only a first step," Frost said.

Tracy Redies, president and CEO of Science World, said the not-for-profit has seen an 80 per cent drop in revenue during the pandemic and is projecting a loss of about $5 million over two years.

Tourists aren't the only ones who benefit from its programs as the organization works closely with the education system to welcome about 140,000 students and teachers in a typical year.

"We hope we can have more holistic discussions with government about the longer term and the importance of these attractions in the social fabric of B.C.," Redies said.

Walt Judas, CEO of the Tourism Industry Association of B.C., said the funding announcement will go a long way for many attractions, particularly the not-for-profits, but others will need more support to recover.

"For some of the larger attractions, no question, this is some welcome relief. But their fixed-cost expenses, as you can appreciate, are extremely high," he said, adding they won't see that revenue flow return without significant volumes of visitors.

The association estimates it would take "iconic businesses," a category including for-profit anchor attractions, hotels and resorts, about $150 million to $300 million to recover.

There are other forms of relief that could be immediately helpful depending on the business. Tenure relief or water lease relief could go a long way for adventure operators, for example, Judas said.