Air Canada called on Ottawa to ease travel restrictions as the airline, which reported a first-quarter loss of $1.3 billion, plans for its post pandemic recovery. "The current mandatory hotel quarantine for arrivals has proven ineffective.
May 7, 2021 2:12 PM By: Canadian Press 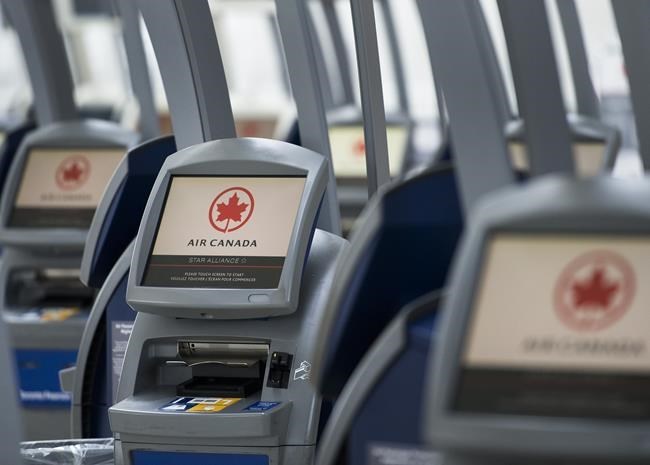 Air Canada called on Ottawa to ease travel restrictions as the airline, which reported a first-quarter loss of $1.3 billion, plans for its post pandemic recovery.

"The current mandatory hotel quarantine for arrivals has proven ineffective. It should be eliminated," Michael Rousseau said Friday in his first quarterly conference call since becoming CEO.

The federal government requires anyone flying into Canada to isolate at a hotel for three nights to reduce the risk of spreading COVID-19.

"We believe that with a vaccination program now underway nationally, a modified and more relevant approach to testing and quarantine would keep Canadians safe while allowing our country to reopen for international travel."

Rousseau said the government must develop and communicate a reopening plan as it is cautiously optimistic that the country is nearing an "inflection point" with the vaccination rate rising in the middle of a difficult third wave.

"After over 14 months of restrictions, Canadians, who we know are eager to travel, want and deserve clear guidelines. They want to know when they will be able to travel internationally again and under what protocols."

Air Canada expects domestic travel will lead its recovery, as was the case in the U.S., given the strength in demand especially for transcontinental flights despite lockdowns and restrictions.

Peak summer leisure travel in July and August, including to Europe, is expected to be pushed to September and October.

She said some corporate travel policy restrictions may remain in place as long as employees continue to work from home.

"What we're seeing now, though, is there's definitely an appetite for corporate Canada to return to travel."

However, the quarantine requirement is a deterrent and the future of corporate travel could depend on whether there are changes to same-day travel practices.

While corporate travel may come back later than leisure trips, Rousseau said Air Canada believes it will recover in a hybrid office environment that is accompanied by rapid home testing.

The country's largest airline also said it is seeing strong demand through next winter to Mexico, the Dominican Republic, Hawaii and Florida as Canadians anticipate their first post-pandemic holiday.

Analyst Cameron Doerksen of National Bank Financial expects air traffic will ultimately rebound strongly, but only if restrictions are lifted

"Our near-term caution is rooted in our belief that the Canadian government-imposed air travel restrictions are not set to be materially eased in time to salvage much of the upcoming peak summer travel period," he wrote in a report.

Last month, Air Canada reached a deal for $5.9 billion in federal aid including money earmarked to help refund customers. However, demand for refunds is slower than expected despite reaching out to customers proactively.

Companies in this story: (TSX:AC)