At a news conference in Ottawa, Trudeau said Canada will work with the international community to de-escalate the situation to avoid more loss of civilian life
May 18, 2021 5:05 PM By: Canadian Press 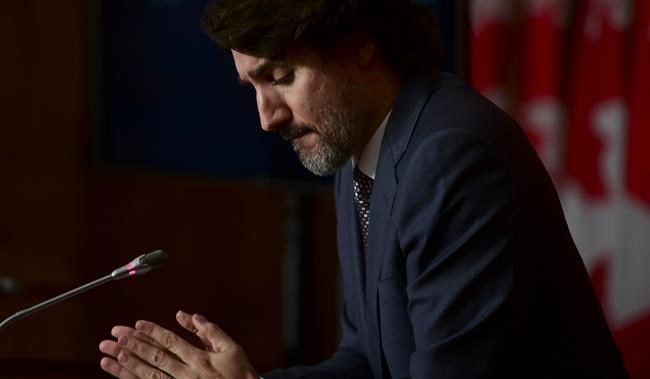 OTTAWA — Canada is calling for a ceasefire in the Israeli-Palestinian conflict to stop the violence that has been escalating in the region, Prime Minister Justin Trudeau said Tuesday.

At a news conference in Ottawa, he said Canada will work with the international community to de-escalate the situation to avoid more loss of civilian life.

"Our hearts go out to Israelis and Palestinians for the violence that is a surrounding them right now," Trudeau said.

Hundreds have died in recent days after Hamas and other militant groups in Gaza Strip launched rockets and Israel unleashed airstrikes.

Gaza's Health Ministry says the Israeli airstrikes have killed at least 213 Palestinians, including 61 children, and wounded about 1,500 Palestinians.

Israel says 12 people have died in rocket attacks, including two children, and at least 300 have been wounded.

The United States signalled it would not pressure the two sides for a ceasefire even as President Joe Biden said he supported one.

Israel's Prime Minister Benjamin Netanyahu vowed to press on with his army's operations, saying in a televised interview Sunday the offensive on the Palestinians would "take time."

The United Nations General Assembly is set to meet on Thursday to discuss the situation.

Trudeau didn't answer a question on his government's position on an expected resolution in the UN calling for an immediate ceasefire.

The escalation was triggered by days of clashes at Jerusalem's Al-Aqsa Mosque, the third holiest site in Islam, which is built on a hilltop site sacred to Jews in the holy city.

That followed tensions fuelled by the planned eviction of dozens of Palestinians from the Sheikh Jarrah neighbourhood of East Jerusalem where Israeli settlers have waged a lengthy legal battle to take over properties.

A Bloc Quebecois MP's motion to calling for a ceasefire didn't get unanimous consent in the House of Commons last week.

Stéphane Bergeron's motion denounced the resurgence of violence between Palestinians and Israelis, reiterated support for two state solution, exhorted Israel to stop acquiring more of the Palestinian territory and called on Israelis and Palestinians to quickly return to the negotiation table to find a lasting peace.

— with files from The Associated Press.