ONTARIO: Toys "R" Us Canada survived its U.S. counterpart's collapse. Here's how its president plans to make it thrive 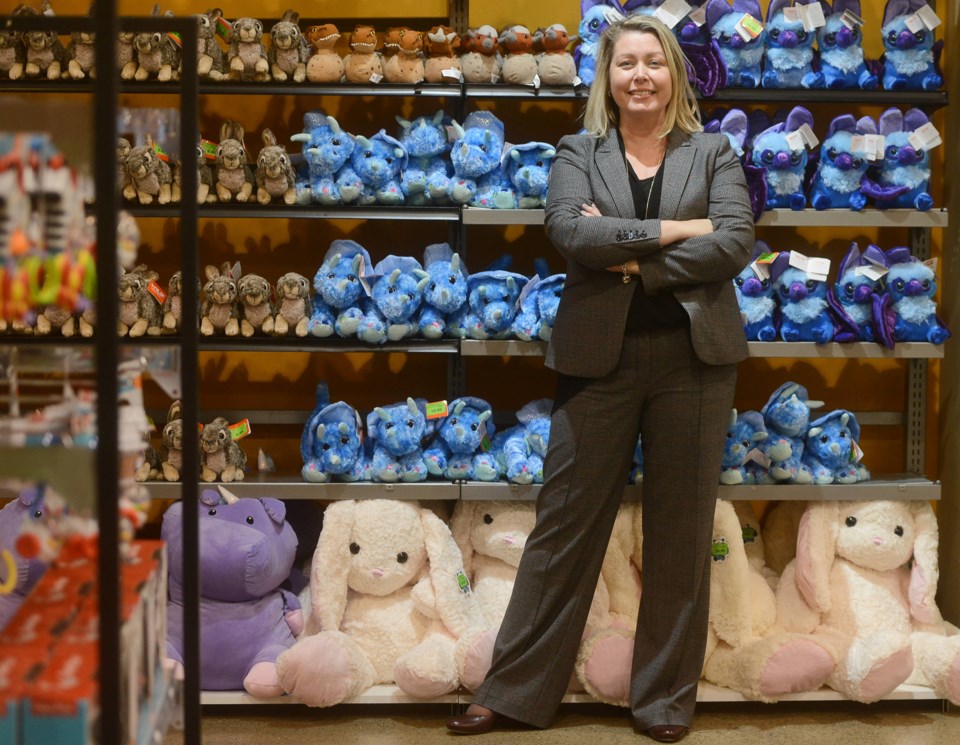 GUELPH - Venerable toy and baby retailer Toys “R” Us is alive and kicking in Canada and is using Guelph to launch its rebranded "Toybox" concept.

On Saturday morning at Stone Road Mall the company will launch the sleeker, 10,000 square-foot scaled-down version of its traditional store.

Personalized service, a more focused content and greater customer interaction, via things like demonstration tables, are part of the new concept. Birthday parties and perhaps food offerings might be added later.

“As long as there’s kids, there’s toys,” says Melanie Teed-Murch, the president of the 82 Toys “R” Us Canada stores and a longtime Guelph resident.

The new Guelph store is 10,000 square feet. Sales clerks will have devices allowing them to order something on the spot if the customer can’t find the item they’re looking for, to be delivered to their home or the store, usually in three to five days.

“We’d like to show that there’s demand in this particular city for an authoritative toy and baby. If there is, we see favourable results here,” she says.

Teed-Murch says the company has been looking at a number of smaller cities across Canada to launch these types of outlets.

“We’re trying to show that in smaller markets, we really don’t need 40,000-square-foot stores,” she says. “The future is a more nimble, adaptable, curated digital box with expanded shelf.

Many thought Toys “R” Us stores in Canada were closed or closing after the American side of the company went bankrupt, closing 740 stores south of the border amidst a sea of debt.

There remain 82 Canadian Toys “R” Us Canada stores, with others under the new concept being considered.

“Back in 2017 that happened. We went through a very dark period of trying to bring this company back as the global entity it once was,” Teed-Murch says.

She says the closing of the American stores “clearly confused” the Canadian customers.

“It was an assumption that if they (the U.S. stores) are in trouble, then Canada must be too. Nobody says ‘Toys “R” Us U.S.’ in the media.”

She called it a “tsunami” of negativity.

North of the border, where sales continued to be strong, the chain filed for bankruptcy protection because of shared credit it had with the mother chain.

“You can’t script a better ending for a Canadian company,” says Teed-Murch, who has been with the company for over 20 years.

“It’s been a journey and half through a dark time that I never want to go through in my retail career.”

The new Toybox concept sees smaller stores with the most popular items, lower shelves, demonstration tables where children can try the toys, which are grouped by age-type and category, not manufacturer.

“This is the first of its kind in Canada,” Teed-Murch says of the Stone Road Mall store. “Here is really more of a curated, thoughtful assortment around convenience.”