Thunder Bay church fences off entry due to bio-hazards 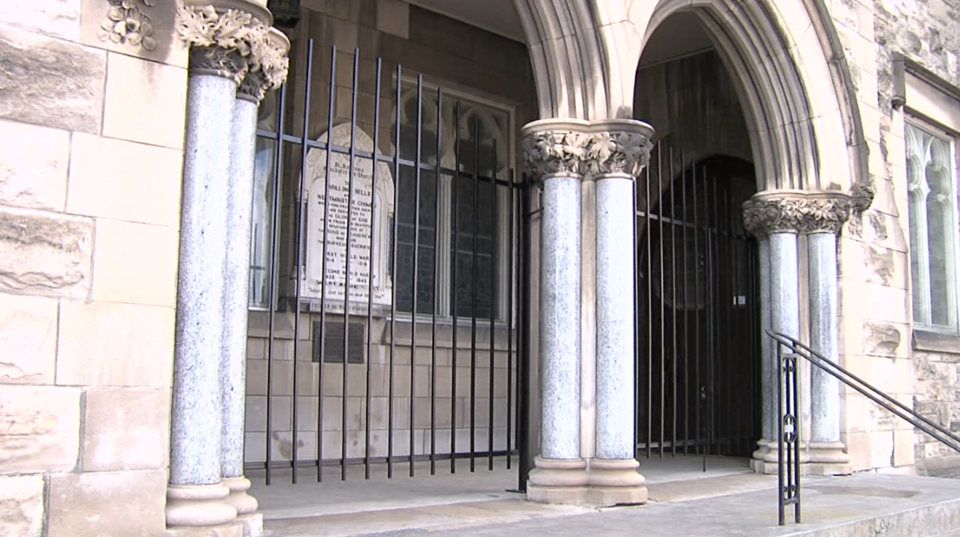 THUNDER BAY — A Thunder Bay church has erected a metal gate to restrict access to its main entryway by street people, out of concern for health and safety.

The minister of St. Andrew's Presbyterian says the situation was posing a danger to the homeless as well as to members of the congregation.

According to Rev. Joyce Yanishewski, the exterior alcove at the entrance on Brodie Street was being used by as many as 20 individuals at a time, sometimes for sleeping overnight.

They were leaving behind a variety of bio-hazards and trash, she says, including "excrement, urine, vomit, semen and blood...It was just really unsafe."

Yanishewski emphasized that the church had no problem with people coming to the alcove for shelter for periods through the course of the day, and said the church's first concern has always been for their welfare.

"If there were people who were passed out, we would check and make sure they were okay." She said an effort would be made to rouse them first, "knowing that based on the state they were in, that could be a very dangerous thing to do...so we would do so gently."

If that failed, Yanishewski said, the church would call for emergency services, something that happened frequently in recent years. "Their safety and being okay was our priority."

The minister said the biohazards were a risk to everyone using the alcove or passing through it to enter the church.

The other concern was that the congregation includes "a number of elderly people who are unable to defend themselves should something happen."