The PC government recently announced a number of initiatives it says will make life easier for veterans
Nov 11, 2018 5:11 PM By: Village Media 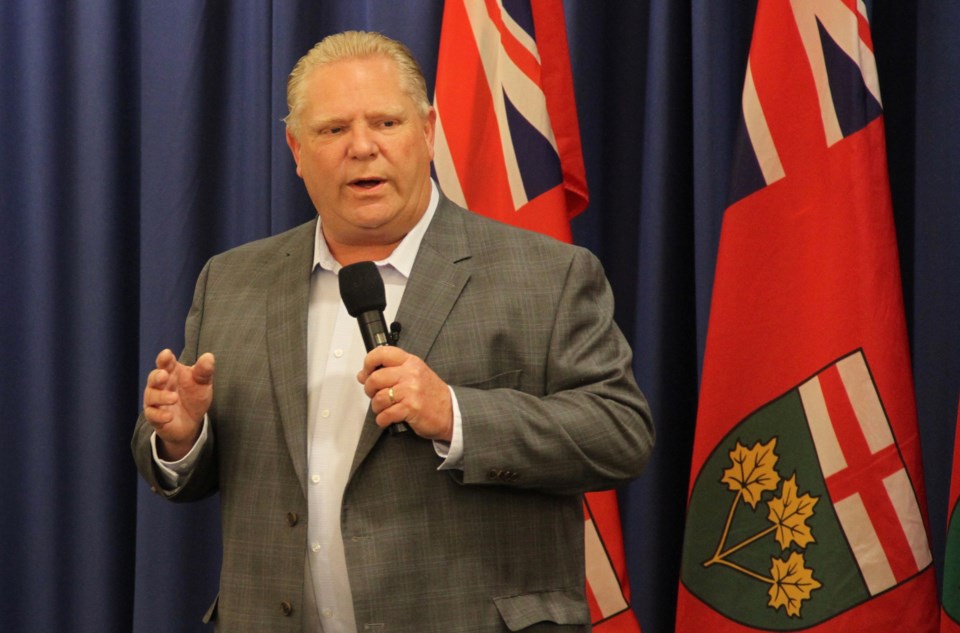 "Today, as we mark 100 years since the armistice that ended the First World War, I encourage all Ontarians to reflect on the bravery of our Canadian heroes, past and present, and the sacrifices they have made in the name of our peace and safety.

Our government recognizes that Canadian heroes span every conflict and every generation. During some of the darkest chapters in our history, Canadians have put their lives on the line. In the First World War, the Second World War, Korea and Afghanistan, whenever the world's most evil powers rose up: Canadians were there, and ready to fight.

They volunteered to serve, to protect our country and protect our way of life. They left their families, and put their lives on the line for their country. Many made the ultimate sacrifice, and for that — for keeping our country safe, we will be forever grateful.

Because of their courage and sacrifice, most Canadians will never know the horrors of war.

I promised our military families that we would do everything we can to support them, and that is exactly what our government is doing. We are doing what we can to make life a little easier for Canada's heroes and their families.

On Wednesday, we announced consultations on a new hotline for military families. The hotline will make it easier to get information about health care, schools, job opportunities, child care, licensing for drivers and vehicles, and other programs and services.

We are ensuring that both Canadian Armed Forces members and veterans can enjoy recreational fishing across the province without having to pay for fishing licences.

We will build a monument to the heroes of the war in Afghanistan on the grounds of the legislative precinct at Queen's Park, and soon, we will table legislation to ease the burden on Ontario's Royal Canadian Legion halls by ensuring they pay no property tax.

We're doing what we can to show our gratitude to the heroes who still walk amongst us today, and ensure their sacrifices will never be forgotten.