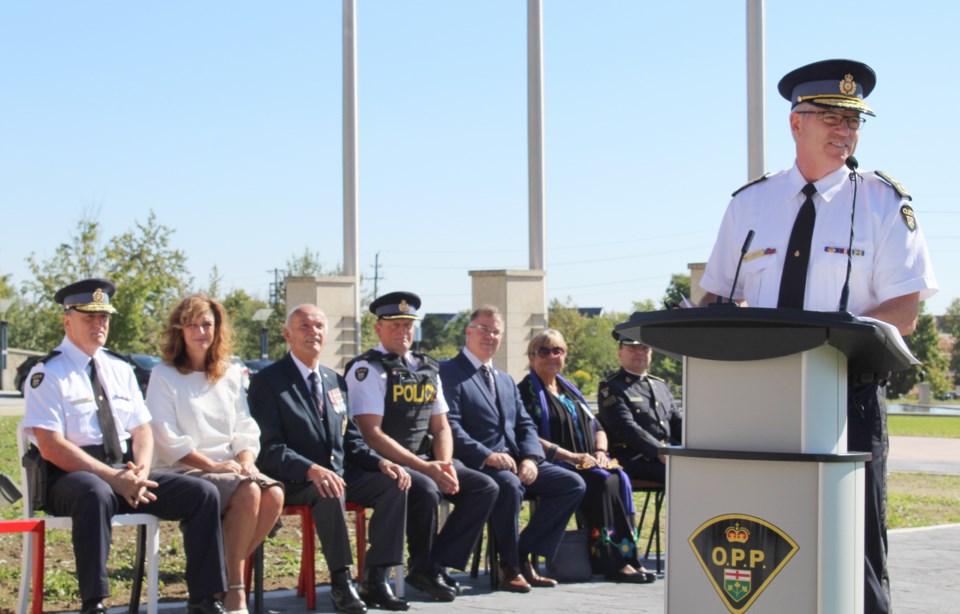 The force’s top cop since early 2014, Hawkes will retire, his last day being Nov. 2.

Hawkes has been with the OPP for more than 34 years. His career saw him start out as a front-line constable. He went on to work in forensics and as a bloodstain analyst for 12 years before moving on to become commander of multiple detachments.

“When people talk about retirement, they often talk about it being one person. It’s not,” Hawkes told OrilliaMatters, praising the members of the OPP for the work they’ve done during his tenure. “I could not be more proud of what the organization has achieved.”

It is not yet known who will succeed Hawkes, but his message to his replacement is similar to what Hawkes’s predecessor said to him: It’s about the people.

“The OPP is made up of incredible people,” Hawkes said. “We have built a foundation, and the next commissioner will build on that foundation like I did when I took over for Chris Lewis.”

Hawkes isn’t sure what’s next after he retires, other than being able to spend more time with family.

“I’ll be able to be home more, which will make my wife happy,” he said. “It’s about taking some personal time to figure out what the next phase of my life will be.”

About the Author: Nathan Taylor

Nathan Taylor is an experienced multimedia journalist and editor who covers Orillia and other parts of Simcoe County.
Read more