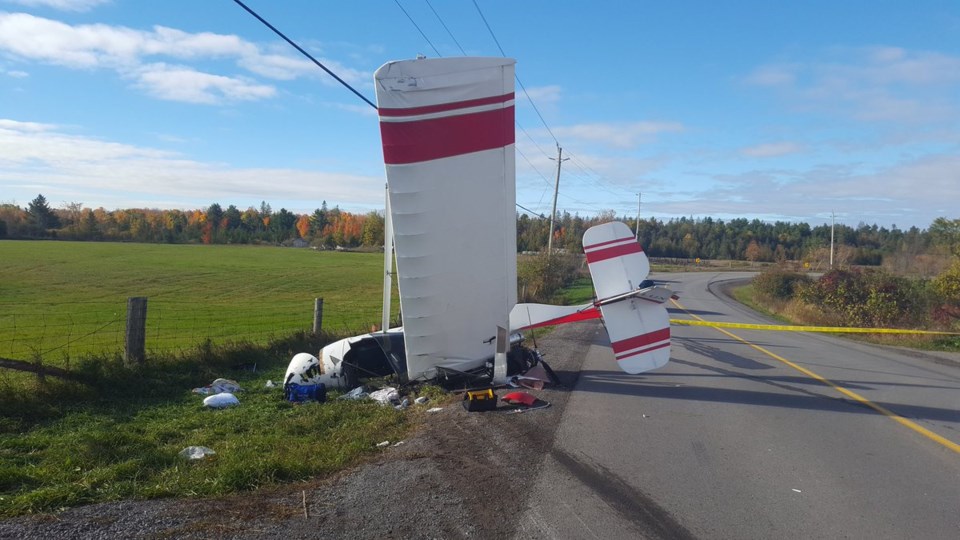 A ground wire, snapped by a plane as it came down on Old Almonte Road, hit Jude Bassett's home so hard she thought a car had crashed into the side of it.

This crack is the only damage to the house near the plane crash. The plane clipped a ground wire, which snapped and hit the home with such force the homeowner thought a car had crashed into her house. pic.twitter.com/dtSd2TCRSv

Looking outside, she saw a different scene.

A single-engine aircraft narrowly miss her house, and crashing onto a ditch around 8:30 a.m.

"My husband was working on the dump trucks and he saw it happen," said Jude Bassett. "He ran out before I did. I grabbed my phone to call 911."

She also grabbed towels to hold on the injured pilot's wounds, and she kept him talking until an ambulance arrived.

Bassett said the spot where the plane crashed is where her children usually wait for the school bus, around 8:45 a.m. each morning.

The pilot was the only person in the plane.

He was airlifted to hospital in serious, but stable condition.