The lawsuit dates back to a 2009 incident at a Thunder Bay school where a student suffered a fractured leg on the playground
Nov 9, 2018 3:57 PM By: Doug Diaczuk 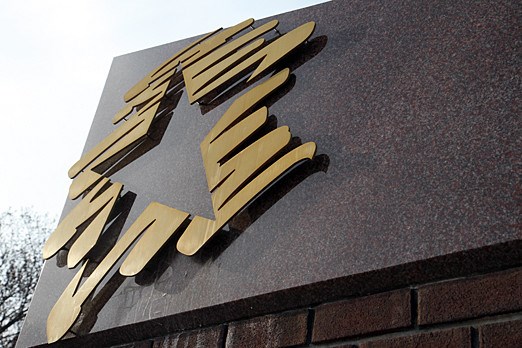 THUNDER BAY – A collision between two youth on the playground of local public school is at the centre of a multi-million dollar lawsuit.

According to court documents obtained by Tbnewswatch, the plaintiffs allege negligence on the part of Lakehead Public Schools, the school board, Algonquin Avenue School, and three of the school’s staff resulted in severe injuries sustained by a youth during recess.

The plaintiffs in the civil suit are seeking $25 million for general and special damages against all the defendants, as well as $2 million for exemplary, aggravated, and punitive damages, and an additional $1.5 million as entitled under the provisions of the Family Law Act.

The statement of claim first filed in 2011 details an incident that took place in September 2009 on the playground at Algonquin Avenue School. The claim states a child “intentionally and violently” collided with the plaintiff’s child, which resulted in a fracture to the child’s leg, bruising on the head, neck, shoulders, chest, back, arms, and legs, a permanent disfigurement of the leg and scarring, and straining and tearing of muscles, tendons, ligaments, discs, nerves and vessels throughout the body.

It goes on to state that the true extent of the injuries are not yet known and they have not yet matured, and the initial injury has been accompanied by headaches, dizziness, shock, anxiety, depression, emotional trauma, and chronic pain.

The plaintiffs argue the incident was the result of the supervising teacher failing to adequately monitor the children’s activities, failing to foresee risks or potential for harm, and failing to take preventative action. Furthermore, the claim states school staff did not seek immediate medical attention for the child, “although it would have been imperative and prudent to do so in the circumstances.”

School administrative staff is also accused of failing to ensure the supervising teacher had the necessary skills and knowledge to be in the care of children and failed to take preventive measures to deal with what the claim describes as the “school yard bully.”

The youth who collided with the plaintiff’s child is accused of failing to keep a proper lookout, failing to avoid body contact, and participating in ‘rough-housing’ and failing to see that it might result in injury.

The parents are also accused of not teaching the child proper etiquette, social behaviour, and conduct when playing with other children.

Lakehead Public Schools denies all the allegations made by the plaintiffs in the statement of claim. In a counterclaim filed in February 2012, Lakehead Public Schools argues, “this unfortunate collision between the boys was a result of typical children’s play, which occurred quickly and spontaneously in the school yard and was not the result of an intentional or premeditated act.”

The counterclaim further states that there was sufficient supervision on the schoolyard by staff familiar with the guidelines and safety procedures in which they are required to follow and called the incident an “unfortunate accident.”

Regarding the injuries sustained by the plaintiff’s child, the counterclaim states that the alleged injuries are “grossly excessive, indirect and too remote, and put the plaintiffs to the strict proof thereof.”

“These defendants state that if the Plaintiffs have suffered any losses, damages, or injuries alleged in the statement of claim, all of which are denied, then such loss, damage or injury was caused by the negligence of the plaintiffs,” the counterclaim reads.

The Board’s claim is asking that it and all defendants be cleared of any judgement or order made against them and for the costs of defending the main action.

The matter was heard in assignment court on Oct. 29, 2018 in a Thunder Bay Courtroom and a trial by jury is scheduled to take place in September 2019.

A lawyer involved in the suit said the long timeline of the case moving through the courts is not uncommon for civil matters such as this.

None of the allegations in the statement of claim or the counterclaim have been proven in court.