ONTARIO: Province to extend state of emergency, despite 'glimmer of light' in numbers

People are getting antsy, Ford said, but he wants to take a cautious approach
Apr 13, 2020 4:07 PM By: Canadian Press 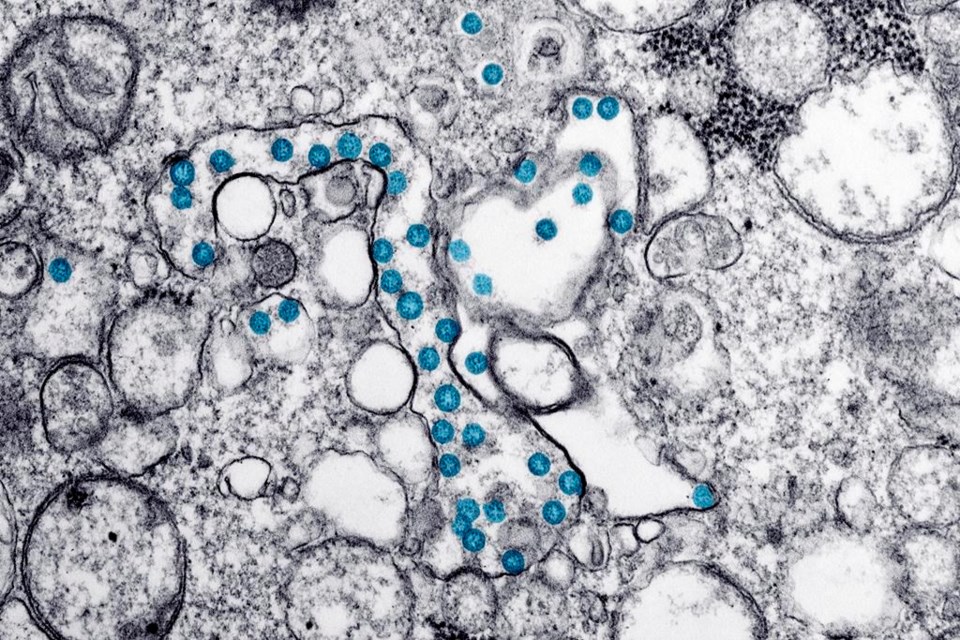 TORONTO — Ontario will extend its state of emergency by another month, Premier Doug Ford said Monday as he cautioned that even with some promising numbers in the province's COVID-19 fight, it is too early to start lifting restrictions.

The legislature will sit for an emergency session Tuesday to extend the orders by another 28 days, Ford said as Ontario reported a six-per-cent increase in new cases — continuing a relatively low growth rate over the past several days.

"We're seeing a glimmer, a glimmer of light at the end of the tunnel here," he said.

"But what happens if we do that and all of a sudden this comes back and bites us in the backside and just comes back with vengeance or another wave comes through?"

People are getting antsy, Ford said, but he wants to take a cautious approach.

"Everyone's at the gate, ready to let those doors open, like at the horse races," he said. "Everyone wants to take off. We just can't right now. We have to go through this for a little bit longer, as painful as it is for everyone...When the time is right we will open it up slowly but surely."

Meanwhile, 41 per cent of all of the COVID-19 deaths in the province have been long-term care residents.

There have been at least 89 COVID-19 outbreaks reported in long-term care homes across the province, with 741 residents and 430 staff members infected, and at least 120 residents have died.

Health Minister Christine Elliott acknowledged that some outbreaks in long-term care homes have been the result of staff who work in two or three facilities inadvertently bringing in the virus.

The Registered Nurses' Association of Ontario has urged the province to restrict health-care workers from working in more than one long-term care or retirement home, which they often do because they're unable to get full-time positions.

CEO Doris Grinspun has said Ontario must ensure staff work in one home only, and those who cannot be given full-time hours must receive wage enhancement in order to keep them from working in other places.

Ontario has strongly recommended staff only work in one facility, but hasn't mandated it.

Ford, however, seemed to express support for the idea Monday.

"I'm going to rely on our health team to come up with that recommendation, but it sounds like common sense," he said. "You don't want people going from home to home to home."

Ford also expressed frustration that Ontario continues to test for COVID-19 at a rate well below its capacity of 13,000 tests per day, even as he demanded last week that the rate immediately be increased.

The province has said it will do 8,000 tests daily by Wednesday, but just over 5,000 were completed in the last 24 hours.

Ontario has made progress in the area of personal protective equipment, with Ford saying the province's supply is much better now than when he recently warned it was in danger of running out. He said the province has acquired more surgical masks, N95 masks and ventilators.

Provincewide, the number of patients in hospital — 760 — rose slightly Monday, but rates of patients in intensive care and on ventilators remained relatively stable.

More than 800 health-care workers have tested positive for COVID-19, about 11 per cent of the total number of cases.

This report by The Canadian Press was first published April 13, 2020.

CANADA: Dr. Tam says COVID Alert app helps even if it works only on newer phones
Aug 4, 2020 5:30 PM
Comments
We welcome your feedback and encourage you to share your thoughts. We ask that you be respectful of others and their points of view, refrain from personal attacks and stay on topic. To learn about our commenting policies and how we moderate, please read our Community Guidelines.