Ontario gallery has original The Raccoons cels, doesn't know what to do with them 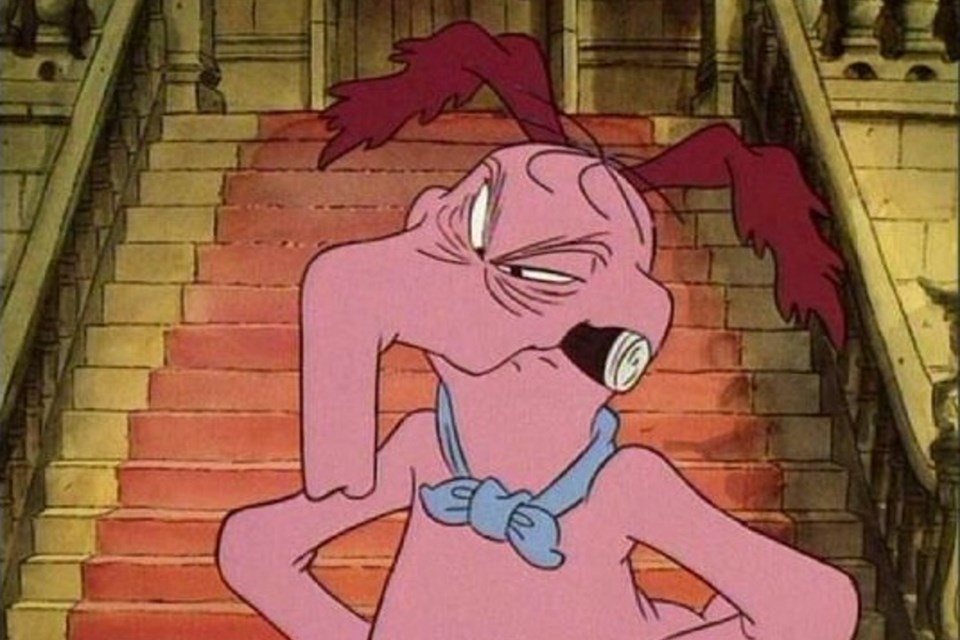 The 600-box collection includes original production cels from the popular Canadian production The Raccoons, which aired from 1985 to 1992. (YouTube)

SAULT STE. MARIE — A northern Ontario art gallery is paying $700 a month to store hundreds of boxes of vintage animation cels — including from the Canadian classic The Raccoons — even though the massive collection is rarely exhibited and has little to do with the gallery's formal mandate.

Estimated eight years ago to be worth $11 million, the 600-box collection is being kept in conditions that Art Gallery of Algoma Director Jasmina Jovanovic admits do not meet museological standards set by the Canadian Cultural Property Export Review Board, the independent tribunal that rules on whether cultural property is of outstanding significance and national importance.

"I'm not saying that they're not worth anything or that they're not good," Jovanovic tells SooToday. "However, this gallery, as is, does not have resources nor the space to care for it properly."

At a City Council budget meeting last night, Jovanovic and her board chair Mark Lepore found themselves under strong pressure from Ward 1 Councillor Steve Butland to sell off the collection to help resolve the gallery's chronic financial pressures.

Animation cels (originally called celluloids) are transparent sheets on which characters were painted by small armies of artists to make old-school hand-drawn cartoons.

The cels were placed over painted backgrounds and photographed, one sheet at a time, using a movie camera.

Celluloid was eventually replaced by less-flammable cellulose nitrate, then by polyester.

By the early 1980s, the era of hand-painted cartoons had started giving way to the computer-based production methods used today.

A considerable market then developed for original production cels, which can sell for thousands of dollars each for major Disney animated features.

The Art Gallery of Algoma's collection was received piecemeal, with acquisitions starting in 1998 through the spring of 2011.

It includes original production cels from animated television series including the popular Canadian production The Raccoons, which aired from 1985 to 1992 with three television specials and one direct-to-video special.

Also in local storage are the cancelled-after-one-season Super Dave: Daredevil for Hire (1992-1993) and the short-lived Festival of Family Classics series (1972-1973).

In addition to cels, the Art Gallery of Algoma collection includes storyboards, background paintings and other production material.

In 2004, a feasibility study was done for a proposed national animation centre to be built either next door to the gallery or at the Gateway site.

Councillor Butland was a proponent of the initiative in those days.

But last night, 13 years later on Devil's Night, Butland had turned into a spooky detractor of the animation venture.

"What are we going to do with these cels? Is there anything in the plan?" Butland demanded.

"To be honest, we do not really. There is nothing at the moment," Jovanovic told him. "We're still storing it off-site. We had to move it again."

"We move it consistently into non-adequate storage. There isn't an adequate storage place in the Sault. There simply isn't one. We don't have the resources to do the proper care for it."

Jovanovic said that selling off the animation collection isn't as easy as it might seem.

"We still have a legal obligation to keep the collection, because once it's certified by the Canadian Cultural Property Review Board, you have to keep the ownership for a minimum of 10 years and then there is a very strict legal procedure how you can eventually de-accession that."

The collection must be appraised to establish its fair market value, then it must be offered to all sister cultural organizations before it can be sold on the open market.

In the meantime, the review board sets strict storage controls on things like temperature, light and humidity.

The gallery must pay to insure the collection.

And here in the Sault, the cells are frequently moved in an ongoing search for inexpensive storage.

"There is no time and resources to even go through the cels," Jovanovic said.

"The status quo is not acceptable to you," Butland responded.

After last night's meeting, Jovanovic told SooToday that she did manage to reduce the storage cost $100 a month during the recent move.

"We don't have the human resources to go through this whole pile of boxes and see what's in there, what can be used."

"There is nothing in the gallery mandate, the gallery vision, that has ever addressed animation. It's not really our core mandate," Jovanovic told us.

Gallery board chair Mark Lepore added: "The board's discussed it a number of times, but we're limited as to what we can actually do with it. We have tio keep it at least 10 years before we can look to the de-accession."

"If we start the accession, it's a process that's going to be costly," Jovanovic said. "You have to know what you're offering to people."

And no one knows whether that $11 million valuation from 2009 is still valid.

"We know that Lawren Harris paintings are going up in value. But I don't know about animation," Jovanovic said.

CANADA: Amusement fair operators ask for support during COVID-19 pandemic
Sep 27, 2020 1:45 PM
Comments
We welcome your feedback and encourage you to share your thoughts. We ask that you be respectful of others and their points of view, refrain from personal attacks and stay on topic. To learn about our commenting policies and how we moderate, please read our Community Guidelines.

David Helwig's journalism career spans seven decades beginning in the 1960s. His work has been recognized with national and international awards.
Read more