Charges may be upgraded against man who threw trailer hitch at Thunder Bay woman, who later died

Coroner, Crown and police have reviewed the pathology report
Nov 1, 2017 9:02 AM By: Gary Rinne 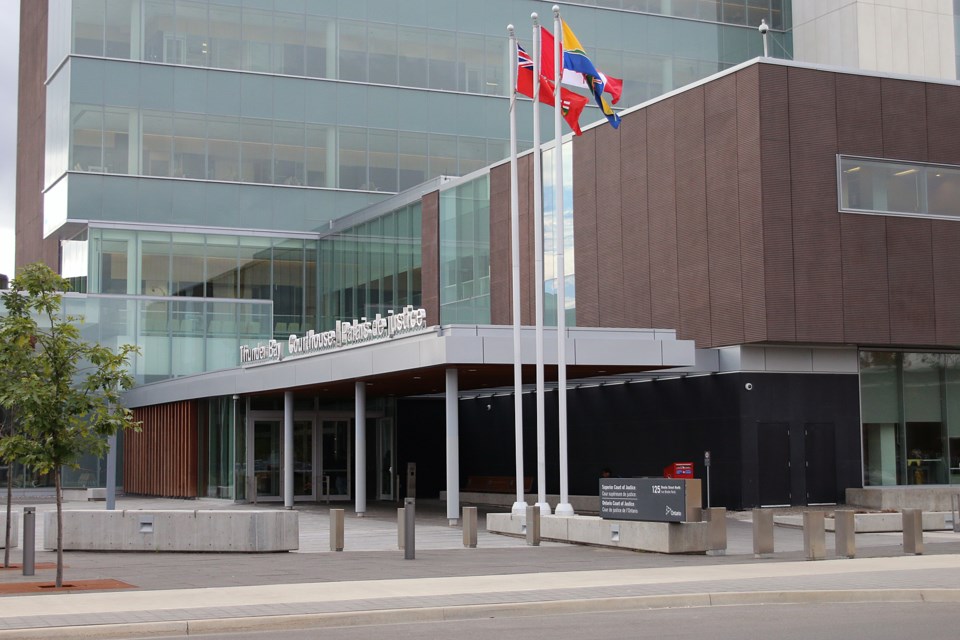 THUNDER BAY — The family of the Thunder Bay woman injured when a trailer hitch was thrown at her last January may learn this week whether a new charge will be laid in connection with the case.

Barbara Kentner, 34, died in hospital a little over five months after the incident, on July 4.

Brayden Bushby,18 years old at the time, was initially charged with aggravated assault.

In court on Oct.10, the Crown requested additional time to review the pathology report before meeting with police and the coroner to determine if the charge should be changed in light of Kentner's death.

The regional supervising coroner, Michael Wilson, told tbnewswatch.com on Tuesday that her family will receive an update this Friday.

"I can confirm that I will be at a meeting, and I've had discussions with the Crown and with the police ... It's not unusual when there are complex elements of a death investigation for us to meet directly with families, and sometimes with the police in attendance as well," Wilson said.

Speaking in general terms about what's revealed at meetings with families, Wilson described that as all the various elements related to a coroner's investigation, including, potentially, the cause of death.

"I think it's important that the family hears from us rather than from the media or somewhere else what our conclusions are," he said.

Thunder Bay Police referred a tbnewswwatch.com inquiry about the meeting to the office of the Crown Attorney, but the Ministry of the Attorney-General declined to comment.

Bushby's next court appearance is scheduled for Nov. 6.

BEYOND LOCAL: Could Canada benefit from a carbon budget?
Sep 29, 2020 8:55 PM
Comments
We welcome your feedback and encourage you to share your thoughts. We ask that you be respectful of others and their points of view, refrain from personal attacks and stay on topic. To learn about our commenting policies and how we moderate, please read our Community Guidelines.

About the Author: Gary Rinne

Born and raised in Thunder Bay, Gary started part-time at Tbnewswatch in 2016 after retiring from the CBC
Read more