CANADA: What we can learn from first case of vaping 'popcorn lung'

Report in the Canadian Medical Association Journal describes a case of severe, life-threatening airway injury related to vaping that occurred in a Canadian youth
Dec 2, 2019 8:55 PM By: The Conversation 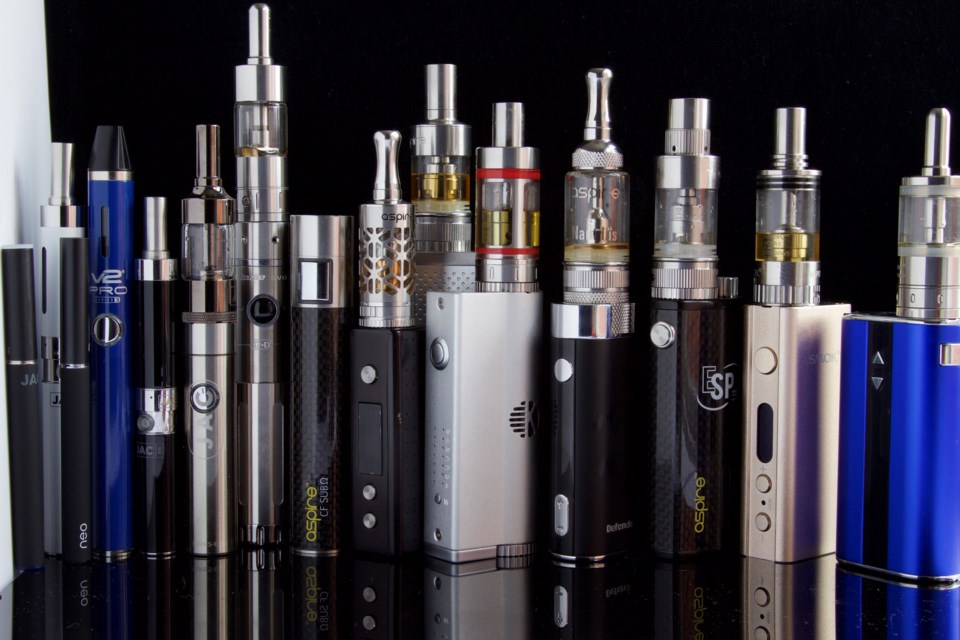 E-cigarettes first emerged in North America in 2004 — as a supposedly safer alternative to smoking traditional, carcinogenic, tobacco cigarettes, and as a potential means to help smokers quit smoking altogether.

However, with heavy marketing, an enticing array of flavours and the potential to inhale drugs other than nicotine, vaping has become increasingly popular, particularly among youth, attracting those who have never smoked before.

We recently published a report in the Canadian Medical Association Journal describing a case of severe, life-threatening airway injury related to vaping that occurred in a Canadian youth.

The 17-year-old, who had been vaping daily using a variety of flavoured cartridges and tetrahydrocannabinol (THC, the psychoactive compound found in cannabis), was hospitalized and required life support in the intensive care unit, including mechanical ventilation and extracorporeal membrane oxygenation (ECMO) — oxygenation of blood outside of the body.

After ruling out other potential causes, we suspected the patient had bronchiolitis obliterans. This condition is also known as “popcorn lung” based on its initial description among microwave popcorn factory workers exposed to chemical flavourants.

He narrowly avoided the need for a double-lung transplant, spent a total of 47 days in hospital and may have suffered long-term damage to his airways.

He is currently recovering from his lengthy intensive care unit stay and is abstaining from e-cigarettes, marijuana and tobacco.

One in four Grade 12 students

Vaping has rapidly increased in popularity in recent years. A study of Canadian youth aged 16 to 19 found that e-cigarette use among this group increased to 37 per cent in 2018.

In 2019, current data estimates that one in four Grade 12 students in the United States have used e-cigarettes in the last 30 days. The recent outbreak of cases of “e-cigarette, or vaping product use associated lung injury” (EVALI) has called into question the safety of vaping, and the risks that e-cigarettes pose, particularly to youth.

Researchers at the U.S. Centers for Disease Control and Prevention have worked diligently to identify the causative agent(s) responsible, and suspect that vitamin E acetate may play a role. They have not yet ruled out other chemicals of concern and acknowledge that there may be more than one cause of the outbreak.

Safe to swallow, not to inhale?

Of particular concern is the use of flavouring agents in e-cigarettes. There are over 7,700 e-cigarette flavours across 460 brands, with newer marketing practices emphasizing consumer choice and customization of flavours and nicotine content.

While many of these flavours are listed as “generally recognized as safe” under the U.S. Federal Food, Drug and Cosmetic Act, it is important to recognize that this applies to ingestion of these ingredients; aerosolization of flavours safe for swallowing may produce adverse health effects when inhaled into the lungs.

Diacetyl (2,3-butanedione) is one example of such a compound that may be safe for ingestion but toxic when inhaled.

Diacetyl belongs to a class of organic compounds referred to as diketones, α-diketones or α-dicarbonyls, and is known for its characteristic buttery flavour. It is found naturally in some foods and also used as a synthetic flavouring agent in butter, cocoa, caramel, coffee, dairy products and alcoholic beverages.

Occupational diacetyl inhalation is associated with decline in respiratory function and manifested as obstructive lung disease.

Importantly, it is a recognized cause of bronchiolitis obliterans, an irreversible pulmonary disorder of small airways resulting in obstructive physiology not reversible with bronchodilators.

Bronchiolitis obliterans is also known as “popcorn lung” based on its initial description in patient clusters of microwave popcorn factory workers exposed to diacetyl-based flavourants.

Diacetyl has been found in e-cigarette fluid at levels higher than recommended safety limits, including in some products where packaging clearly stated diacetyl was not an ingredient.

By publishing this Canadian case, we hope to raise awareness of the varying types of vaping-related lung injuries and the acute and chronic effects of vaping.

Further research into the safety and toxicity of e-liquid ingredients is essential. We must also push for tighter regulation of the vaping industry.