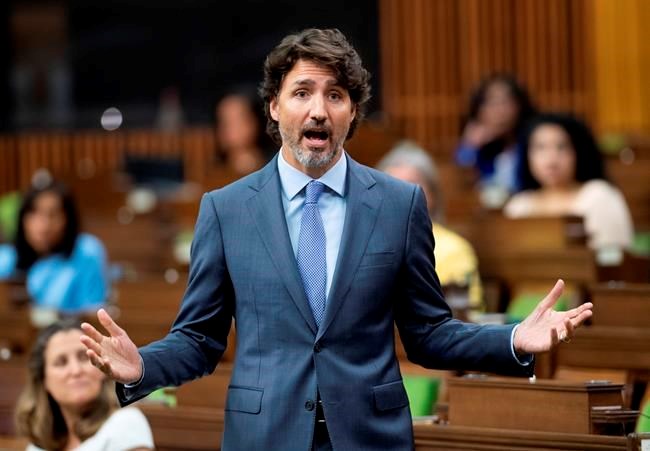 OTTAWA — The law extending the federal government's emergency wage subsidy for employers hit hard by the COVID-19 pandemic shutdown made it through the Senate Monday.

The package passed by the House of Commons last week also includes one-time payments for people with disabilities facing higher expenses, and extensions to legal deadlines for some court matters the pandemic has made hard or impossible to meet.

Bill C-20 passed on a voice vote without changes.

The extension to the wage subsidy program is the core of the Liberal government's plan to help the economy get back into shape through the fall, assisting employers with labour costs so they can operate even if business is slow.

The bill increases the maximum support available to the hardest-hit employers, but starts scaling back subsidies before ending them in December.

The special sitting was also a chance for Conservatives and other senators critical of the Liberal government to criticize its handling of the months-long crisis.

They cited the possibility of fraud in the signature Canada Emergency Response Benefit, a commercial rent-subsidy program merchants have complained is geared to landlords instead of them, and the complex formula underlying the extended wage subsidy.

They especially noted the aborted deal that handed management of a student-volunteering program to the WE organization.

"The Canada Student Service Grant is the proverbial icing on the cake on this series of government fiascos," said Conservative Sen. Thanh Hai Ngo. "Who designed this program? Did they truly believe that paying students to volunteer was preferable to them actually working?"

Conservative Sen. Larry Smith carried out a dramatic reading of the bureaucratic wage subsidy language, thundering through percentages of revenue declines and maximum top-ups to show how complex the program is.

"Many people in small businesses, they don't have the technical capabilities, nor the money, nor, I'm not going to say the experience, to be able to do something like this," Smith said.

"I've got a headache, trying to understand this."

Others were more generous. Sen. Scott Tannas, an Alberta senator who was appointed as a Conservative but is now the interim leader of the mixed Canadian Senators Group, said he commended the government for its work, then paused and joked that he was waiting for lightning to strike him.

The extended wage subsidy provides "a bridge" from pandemic panic to recovery, he said.

"We have lots of opportunity to criticize, but I think this is an important step," he said.