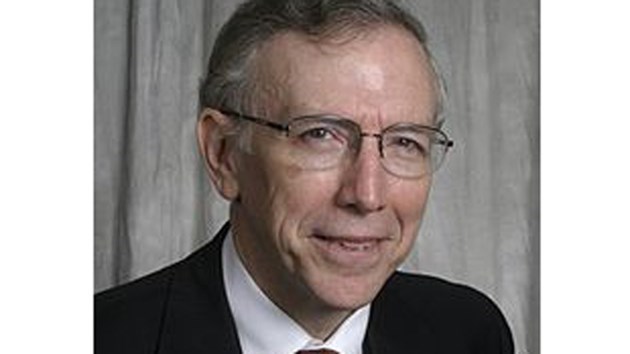 SUDBURY - An arbitrator has concluded that Laurentian University administration “failed to consider” the late psychology professor Michael Persinger's academic freedom when he was removed from teaching a course in December 2015 after a student complaint.

Persinger, perhaps best-known for the development of the "God Helmet,” a device used to study creativity, religious experiences and the effects of stimulation of the temporal lobes, passed away in August 2018 at the age of 73.

While he was a sitting member of Laurentian's senate, Persinger clashed with Laurentian's administration several times, including his above-mentioned removal from a first-year psychology course in 2015.

The university said at the time its issue was with Persinger having students sign a document warning them that they would encounter some words and language that they may find offensive.

The situation led to grievances filed by the Laurentian University Faculty Union (LUFA) under its collective agreement. The matter was eventually put before arbitrator Kevin Burkett.

“It was improper and contrary to the Collective Agreement for the University to have removed Dr. Persinger from teaching … and to have issued the related email …  to students in that course and in doing so to have failed to consider Dr. Persinger’ academic freedom,” wrote Burkett Nov. 6 in a consent award.

The decision also binds the administration to follow a proper consultative process going forward and prior to the removal of a professor from the classroom, including assessing the responsibilities and duties of academics, and their right to a full and proper investigation, said a press release from the Canadian Association of University Teachers (CAUT).

The university has also agreed to “not publicly invite complaints against faculty members, and … never again utilize a stand alone telephone number for complaints.”

“This is an important and precedent-setting award for academic staff across the country,” said CAUT executive director David Robinson, in the press release.

“Academic freedom is a necessary condition for the free pursuit of knowledge and understanding.”

LUFA president Fabrice Colin added that the association is “pleased with the decision because it sends a strong signal to our members, but it is a bittersweet victory because Dr. Persinger is no longer with us.

“We are happy that the university has agreed to award a yearly scholarship in his name to celebrate Dr. Persinger’s internationally recognized contributions to neurosciences and the field of psychology.

A written statement issued by Laurentian University said the university consented to Burkett's order in an effort to “put to rest the remaining procedural matters arising out of numerous grievances filed by LUFA in 2015, all of which were withdrawn by LUFA, save and except those related to these procedural matters.”

CANADA: More than half of Canadians polled say they have experienced a cybercrime
Jul 11, 2020 5:20 PM
Comments
We welcome your feedback and encourage you to share your thoughts. We ask that you be respectful of others and their points of view, refrain from personal attacks and stay on topic. To learn about our commenting policies and how we moderate, please read our Community Guidelines.