The mass defection comes after a failure by the NDP to nominate any federal candidates in New Brunswick or P.E.I as of Thursday
Sep 3, 2019 5:05 PM By: Global News 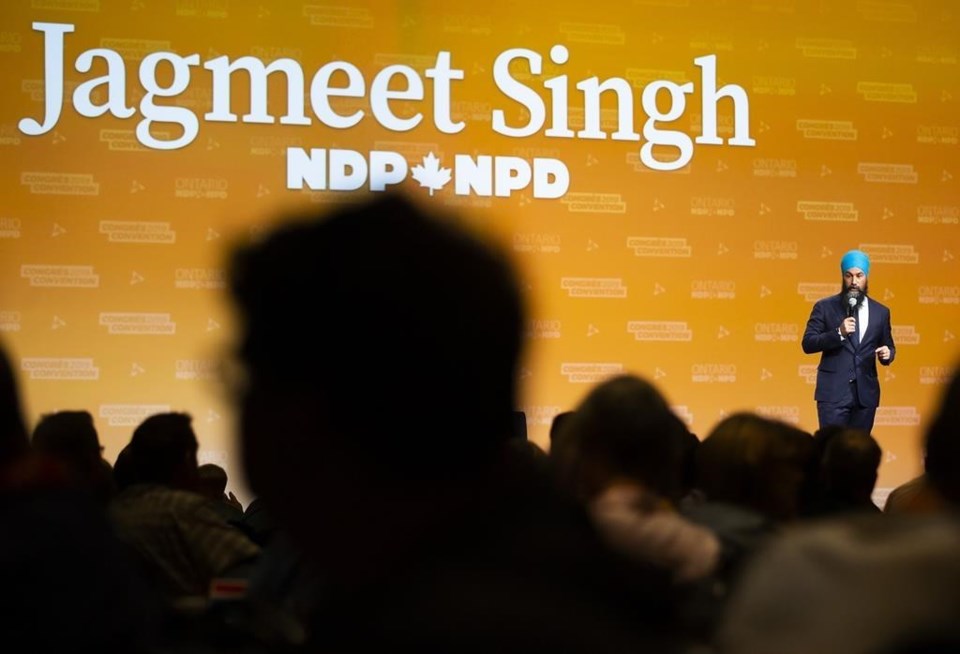 Fourteen former candidates of the New Brunswick NDP and a member of the federal NDP executive are throwing their support behind the Green Party of Canada ahead of next month’s federal election.

The group issued an eight-point declaration of support Tuesday, encouraging “New Democrats, New Brunswickers and, indeed, all Canadians in voting for the Green Party of Canada this election.”

NDP Leader Jagmeet Singh is admonished in the declaration for not visiting New Brunswick since he was chosen as leader. The group contrasts him with Green party Leader Elizabeth May, who they say has “visited New Brunswick a significant amount of times.”

The mass defection comes after a failure by the NDP to nominate any federal candidates in New Brunswick or P.E.I. as of Tuesday.

The declaration goes on to say that the members had hoped to accomplish real change by choosing NDP both federally and provincially, but have seen multiple setbacks — including the party’s failure to elect any MLAs in last year’s New Brunswick election or even recruit a new provincial party leader.

The group says their desire for representation from a movement “that respects and encourages the engagement at the community level” has led them to throw their support behind the Green Party of Canada.

Johnathan A. Richardson, a member of the federal NDP executive, has signed the declaration of support along with 14 people who ran as provincial candidates in New Brunswick.

None of the signatories are listed as candidates with the Green Party of Canada.

CANADA: Winter drownings may increase as ice thins with climate change
Dec 5, 2020 9:25 AM

WORLD: How COVID-19 mutations in animals affect human health and vaccine effectiveness
Dec 4, 2020 8:55 PM
Comments
We welcome your feedback and encourage you to share your thoughts. We ask that you be respectful of others and their points of view, refrain from personal attacks and stay on topic. To learn about our commenting policies and how we moderate, please read our Community Guidelines.