Men are more reluctant to seek help, and are often treated differently when they do
Nov 19, 2019 8:55 PM By: Global News 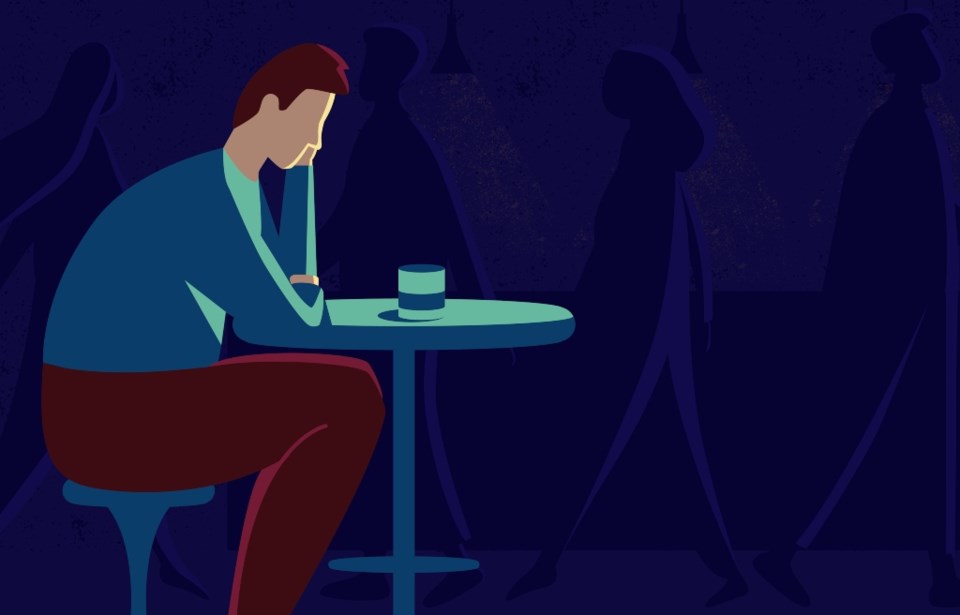 It’s no secret that men are struggling with their mental health, within Canada and around the world.

According to the agency, men have a suicide rate that is three times higher than women.

Overall, men are likely to die an average of four to five years before women.

“Men die by suicide more than any other group, and these realities must be addressed,” Fardous Hosseiny told Global News. He’s the interim national chief executive officer of the Canadian Mental Health Association (CMHA).

“Instead of talking about stress or trying to seek help for their depression, men will often mask their stress and deal with their depression through harmful behaviours and actions.”

There are four main risk factors that contribute to men’s mental health: alcohol and drug abuse, social isolation, a tendency to choose more lethal methods of suicide and reluctancy to seek help.

In Hosseiny’s view, it’s too simplistic to say that women are more willing to share their problems, while men tend to “bottle them up.”

“But it is true that, for generations, many societies have encouraged men to be ‘strong’ and not admit they’re struggling,” he said.

When boys grow older, their understanding of what it means to be a “man” is intimately intertwined with notions of stoicism and extreme endurance.

“The slightest show of vulnerability is seen as a blemish on their manhood,” said Hosseiny.

“The tragedy inherent in the socialization is that, behind every ‘whiner,’ ‘wimp’ or ‘wuss’ lies a conditioned reluctance to face stress and possible depression and suicide.”

This, in part, could be caused by how parents condition their children to respond in times of stress, anxiety or sadness.

“There are differences in how we talk to our children and how we encourage them to communicate about themselves,” he said.

“Mothers talk way more to their girl children than their boy children, and they share and identify feelings more.”

Boys and men are treated differently when they ask for help

Part of the reason men continue to die by suicide in such large numbers could also be that they are treated differently than women when they ask for help.

New research by the Movember Foundation found that men still struggle to talk about mental health in the workplace for fear of losing their job.

Researchers at Ipsos MORI surveyed 1,000 Canadian men between the ages of 18 and 75, and found similar results.

Twenty-eight per cent of Canadian men said they believed their job could be at risk if they discuss mental health issues at work, and more than 33 per cent of men worry they could be overlooked for a promotion if they mention a problem.

As well, 42 per cent of men surveyed said they are also worried about colleagues making negative comments behind their backs.

“Traditionally, a man’s role has been centered around employment and being productive and having work as a core source of their life and purpose,” Dr. Ashley Bender previously told Global News. She’s an occupational psychiatrist and professor at the University of Toronto.

If a man comes forward with mental health concerns and his job is threatened, it can leave him feeling isolated and like he’s lost part of himself.

This can contribute to higher rates of anxiety and depression, as well as suicide. According to Bender, workplaces need to concretely commit to change in the way it supports people with mental health concerns — and then make sure those changes happen.

“Attempts to change attitudes by creating awareness but then providing inadequate resources (like low coverage for psychological treatments) says, ‘We’re acknowledging that we have a problem, but we don’t care,'” she said. “That drives people into silence, because what’s the point?”

In trying to lower suicide rates for men, Hosseiny says there needs to be a total shift in the cultural paradigm that “addresses the issue of masculinity in our culture.”

“Our society needs to take collective responsibility in redefining what it means to be a man,” he said.

“It’s OK to reach out for help, it’s OK to say [you’re] struggling. Reaching out and seeking help is a sign of strength, not weakness.”

In the meantime, a wider variety of ways to access help and support need to become available. For example, leveraging technology might be a way to help men who want to remain anonymous.

“Not everyone may want to unburden themselves to another person, even over a helpline. Online approaches for most men work much better,” Hosseiny said.

“We need to give them a mechanism to find out answers on their own before they’re ready to seek help.”

If you or someone you know is in crisis and needs help, resources are available. In case of an emergency, please call 911 for immediate help.

The Canadian Association for Suicide Prevention, Depression Hurts and Kids Help Phone 1-800-668-6868 all offer ways of getting help if you, or someone you know, may be suffering from mental health issues.

CANADA: More than half of Canadians polled say they have experienced a cybercrime
Jul 11, 2020 5:20 PM
Comments
We welcome your feedback and encourage you to share your thoughts. We ask that you be respectful of others and their points of view, refrain from personal attacks and stay on topic. To learn about our commenting policies and how we moderate, please read our Community Guidelines.