CANADA: How to know when it’s time to take your pet to the vet 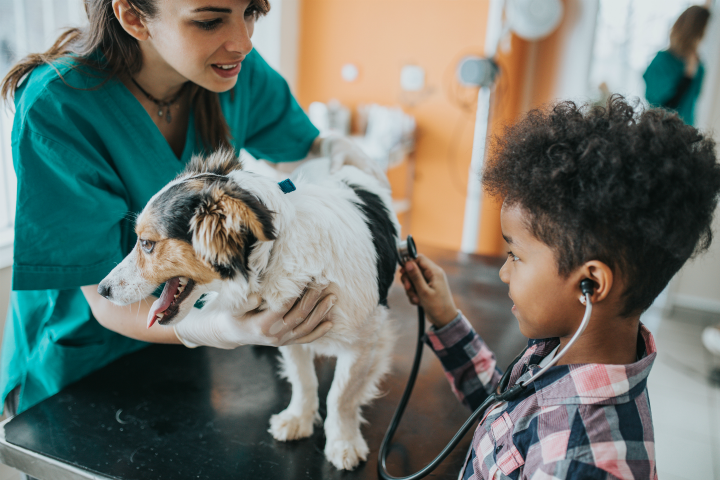 The health and well-being of one’s pet are crucial for many Canadians who see their furry friends as members of the family, deserving the best care.

Many Canadians spend time and money on their pet’s health: 41 per cent of households in the country have a dog at home while 38 per cent own a cat, according to a 2018 report from the Canadian Animal Health Institute.

Pet owners spent $8.23 billion on vet trips, food and other services in 2017, according to Statistics Canada.

But it can be tricky to know when you should take your furry friend to the vet, rather than tackling an issue at home.

Here are some common health concerns for pets, and how to navigate them, according to experts.

Cutting a pet’s nails too short

“It is only nails… and people just panic — it always looks way worse than it seems,” Morris told hosts on Global News’ The Morning Show.

“There’s a bunch of styptic powders, they will stop the bleeding. You can get this at pet stores,” he said.

It’s important to pick up this powder in advance, as cutting a nail too short accidentally will likely happen eventually, he added.

Cornstarch and direct pressure will work just as well if you can’t get to the store, he said. “It’s not going to be the end of the world.”

When a pet gets sprayed by a skunk

Anytime you take a dog for a walk, or if you let your cat out in the backyard, it’s possible a skunk may spray them.

If this happens, you don’t need to bring your pet to the vet — unless they got hit directly in the eyes, Morris explained.

“You can buy this stuff at pet stores called Skunk-Off which works amazing,” he said.

Another alternative remedy, if you have the ingredients at home, is a mix made of one litre of hydrogen peroxide, a quarter of a cup of baking soda and a couple of squirts of dish soap, Morris said.

“Put it all over your pooch, let it sit for about five minutes or so and then rinse it out, it’s amazing stuff,” he said.

When a dog gets a tick

Ticks are tiny insects that burrow into the skin of your pet and extract their blood, explained Morris.

“People don’t think that they can take the ticks off at home,” he said.

“You can absolutely take the ticks off yourself.”

Morris recommends purchasing a pair of tick tweezers, found at pet stores, that will slip around the tick so you can easily remove it.

“They are hard to find when they first attach,” he said. “Just make sure you twist rather than pull, because you want to try to get the tick’s head to come out as well.”

Bringing the tick to the vet, however, is helpful, as many want to see what kind of ticks are preying on pets, he added.

Ticks are presenting themselves even in colder parts of the year, Ryan Llera, a Kingston-based veterinarian, told Global News in a previous report.

“After returning from outside, it is important to do a head-to-toe tick check on pets… and if found, to remove them as soon as possible,” said Issac Bogoch, an infectious disease specialist at Toronto General Hospital in a previous Global News Report.

For more tips on when to see a vet, watch Ted Morris in the video above.

BEYOND LOCAL: Coronavirus misinformation is spreading — what is Canada doing about it?
Aug 8, 2020 9:25 AM

BEYOND LOCAL: The coronavirus exposes the perils of profit in seniors' housing, expert says
Aug 7, 2020 8:55 PM
Comments
We welcome your feedback and encourage you to share your thoughts. We ask that you be respectful of others and their points of view, refrain from personal attacks and stay on topic. To learn about our commenting policies and how we moderate, please read our Community Guidelines.