CANADA: Carbon offsets might make you feel less guilty about pollution, but do they actually help?

Experts say that offsetting doesn't have a place in an aggressive strategy to deal with climate change
0
Jul 24, 2019 8:55 PM By: Global News 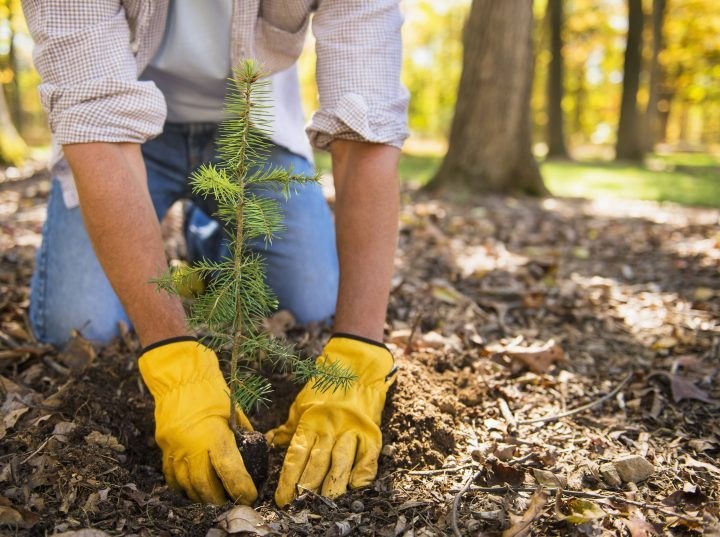 Flying is bad for the environment, so carbon offsets could make you feel slightly less guilty about the more than half a tonne of carbon dioxide your seat on a Toronto to Vancouver flight pumps into the atmosphere.

But in forking over that money, what has actually been achieved? If you’re looking to help address the ever-worsening effects of climate change, should you purchase carbon offsets?

The short answer is yes, go ahead, says Kate Ervine, a professor of international development studies at Saint Mary’s University and author of Carbon — but only if you’ve done your homework and an offset isn’t the sum total of your strategy to fight climate change.

“This isn’t about fixing the problem. It’s simply saying: ‘I’ve done something bad here so how can I try to make things better?’” Ervine says.

“Understand that offsetting is not about lowering emissions… It doesn’t have a place in an aggressive strategy to deal with climate change.”

What is a carbon offset?

Think of a carbon offset as a form of compensation. It’s a way of measuring how much carbon dioxide your participation in an activity — like flying — is emitting into the atmosphere and then making up for it (offsetting) by supporting a reduction in CO2 elsewhere.

Organizations like Less Emissions will calculate the distance of your flight and the associated emissions and then offer you a chance to offset those emissions by supporting projects such as chlorine dispensers in eastern Uganda, solar cookers in the Nanyang Danjiang River Region in China or — closer to home — a landfill gas capture and destruction project in the Essex-Windsor area.

Basically, Ervine says, “offsets are designed to get us back to a baseline.”

While Ervine wants to be clear that offsets weren’t designed to reduce emissions, she also isn’t advocating people avoid buying them altogether.

Still, it is really important that people do their research before clicking “yes” on a carbon offset, she adds.

“If we want to be rigorous about where the money is going, you’ve got to do your research,” Ervine explains.

Some global offsets under the Kyoto Protocol, an international treaty ratified in 1997 that aimed to reduce greenhouse gas emissions, were spent on coal-fired power plants  — better technology, Ervine says, but still coal.

“You should never have money going into anything that helps to prolong the life of our fossil fuel economy,” she says.

“You want your money going into projects that are really going to advance a low-carbon transition.”

A “crucial” starting point for picking a carbon offset is making sure it’s something that wouldn’t have happened otherwise, says Gideon Forman, a climate change policy analyst at the David Suzuki Foundation. In other words, it’s not an offset if you spend money on a forest that was already being preserved.

A good way to make sure your offset is actually helping is to see whether a carbon offset company is accredited, he says. The David Suzuki Foundation, in particular, supports the Gold Standard, a carbon-offset standards body that tries to maximize “every dollar of climate and development funding.”

For projects to qualify as offsets under the Gold Standard, they need “additionality,” Forman explains.

“If you’re putting money into a project that would have happened on its own, that’s not an offset.”

In addition to third-party evaluations, projects with Gold Standard certification need to meet “a stringent set of criteria,” says Sandra Piroteala, head of operations for Bullfrog Power Inc., the parent company of Less Emissions. Piroteala says a good offset needs to be permanent, real and verifiable as well as measurable.

“There’s quite a complicated formula, but it has to exist in order to verify that offset is there,” she says.

“Likely what happens is there’s a big drought and then a quarter of these forests is no longer there, or some invasive species killed it off,” she says. “There’s no guarantee.”

Robert Wilson, director of conservation finance for the Nature Conservancy of Canada (NCC), admits such projects can be “a little more challenging to manage.”

NCC operates the Darkwoods Conservation Area, a 550-square-kilometre, ecologically diverse landscape in B.C. that’s certified by the Verified Carbon Standard as a carbon offset. That standard designates a specific pool of credits (the offsets people purchase) that function as insurance in case a natural disaster destroys any part of the project.

Wilson recommends that people choosing offsets look beyond just the offset to whatever other benefits it provides.

“I look at forestry-based projects like Darkwoods, and it’s not just carbon,” he says. “It’s all the co-benefits it provides: the species at risk that are protected, the [forestry] corridors we create.”

Why some people are wary of carbon offsets

Many carbon offset programs are worthwhile, says Ervine. The problem? Climate change is progressing so rapidly that the chance of eliminating all the risks posed by global warming is practically nil.

“We get this false sense of action through something like offsetting, and in problematic ways, people then think they’ve done their part so they can continue with business as usual,” Ervine says.

What’s needed is some lifestyle changes, she says: for more people to choose not to fly and then only use offsets to mitigate times when a trip is necessary. That will require more investment in infrastructure, Ervine explains, because for some people in Canada who can’t easily travel by bus or train “super high-carbon lifestyles [are necessary] because there are no other options.”

Another concern about offsetting is how individual it is, says Forman.

“We do need to be engaged as individuals, but it’s not enough,” he adds. “We need to get our governments involved in making the changes.”

The regulatory aspect is especially important when it comes to businesses using carbon offsets, Forman says.

“If business industry puts all its resources into offsetting, it may not get around to making some really important changes in the technology it uses,” he says.

Ultimately, Wilson from the Nature Conservancy of Canada views carbon offset programs as a transition tool.

“They give us time to get to the right answers,” he says.

“We’re not going to be able to eliminate all our footprints right away but, over time, we can, and until we get there… offsetting can be a really positive outcome.”