CANADA: As COVID-19 hit, many Canadians got pay cuts — others, raises

The unprecedented layoffs triggered by COVID-19 has made it harder for economists to discern what is happening to workers’ pay
Jul 30, 2020 8:55 PM By: Global News 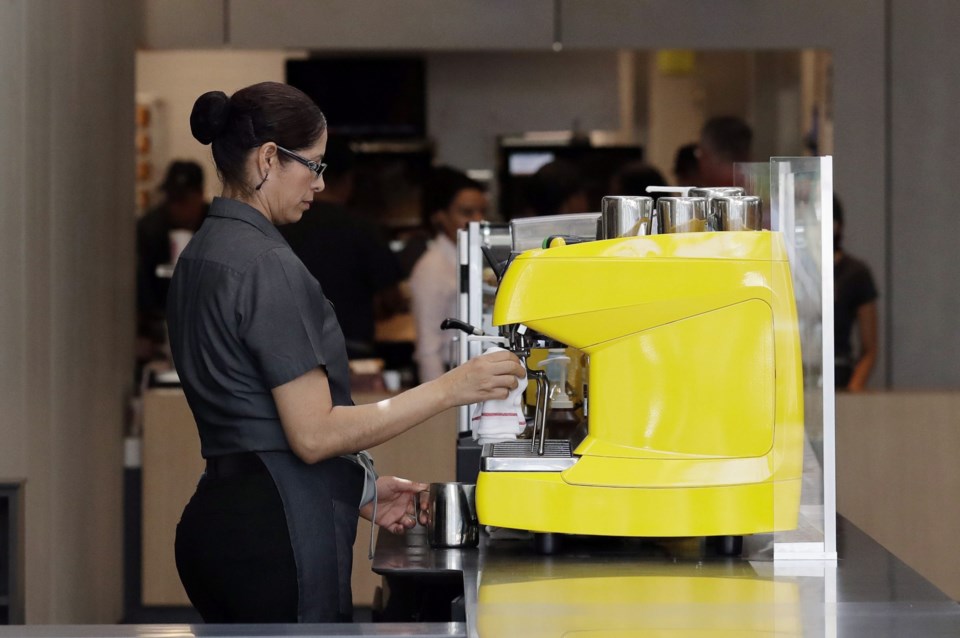 The novel coronavirus pandemic quickly turned what was a jobseekers’ labour market into a wasteland with millions out of work. What it is doing to wages, though, is less clear.

Research suggests many employers are loath to cut pay for existing employees, fearful of the impact this can have on morale. Instead, they prefer letting go of some workers and preserving the wages of those who stay. Companies also often implement pay and hiring freezes to help keep costs in check.

The result is that wages flatline for a while — sometimes years — until the job market heats up again.

The overall impact of COVID-19 so far seems to be similar, according to Sudarshan Sampath of PayScale, a compensation software and data provider that tracks both the U.S. and Canadian markets.

But the unprecedented layoffs triggered by the health emergency are making it harder for economists to discern what is happening to workers’ pay.

The Canada Emergency Wage Subsidy — which allows eligible employers to tap federal coffers to pay for a portion of employee wages — may have also had an impact on employers’ decisions to cut pay versus laying off employees, Bernard says. Workers might also be more understanding of companies’ financial difficulties in this recession and more willing to accept a pay cut, he adds.

Still, one thing is already clear, both Sampath and Bernard say: when it comes to wages, not everyone has been affected the same way.

Pay cuts for some, raises for others

One group of employees who’ve seen a significant hit to their incomes is those working in sales, Sampath says.

“It is a fascinating job to actually keep a track of because every industry has sales,” he says. “It‘s just a marker of what I would consider the true economy.”

And across the economy, sales cratered as government directives ordered consumers to stay home.

For sales professionals, whose compensation is usually tied to performance, that likely meant missing targets that would have been set before the onset of the pandemic, Sampath says.

But in the accommodation and food services sector, which led job losses in Canada, two opposite dynamics seem to be at play, Bernard says, citing Statistics Canada’s latest Survey on Business Conditions, which reflected data collected in May.

While just over nine per cent of businesses surveyed in the industry said they cut wages and salaries, an almost equal percentage said they had increased pay.

“You’ve got competing effects of a dramatic hit to business activity and at the same time of heightened risks for workers still going into work,” Bernard says.

Similarly, the need to compensate low-paid essential workers for the health risk tied to COVID-19 is likely why a greater share of businesses in the retail sector said they were upping pay, compared to those who said they were cutting compensation, Bernard says.

It’s not clear whether and to what extent some of the pay gains tied to COVID-19 will be temporary. Loblaws, Metro and Sobey’s, for example, ended employee wage top-up programs in mid-June.

Overall, 11 per cent of businesses said they were reducing salaries or wages outright, with another 6.5 per cent freezing pay, Bernard says.

The pandemic has also prolonged the suffering in Canada’s oil patch, Sampath says.

“If you look at Edmonton and Calgary pay trends, really, since 2018, (they have) pretty much flatlined,” he says.

Vancouver, Montreal and Toronto, by contrast, have seen wage growth of 3.3 per cent, 2.7 per cent and 2.5 per cent, respectively, in the first three months of 2020 compared with the same period last year, Sampath says.

That’s largely thanks to an abundance of professionals, who have easily transitioned to working from home, he says.

In general, he adds, white-collar industries have also had an easier time adapting to the new reality of COVID-19.

“In software and finance, you can leverage technology to make something run faster, for example, or have a better data warehouse or reduce latency,” he says. “And that flexibility provides meaningful work and meaningful output for employees in those sectors.”

Some 38 per cent of Canadian tech startups, for example, said they were pivoting their business activities, according to an April survey by Prospect, a non-profit that supports the tech community.

The tech industry, in particular, stands out for faring through the crisis relatively unscathed, Sampath says.

Even in the tech sector, the economic shock hasn’t been painless. By April, Canadian tech startups had seen a 61 per cent collapse in job creation compared with the monthly average of the first three months of 2020, according to the Prospect report. Eighteen per cent of companies said they were trimming pay for current employees, while 14 per cent said they were reducing salaries for future hires.

But that short-term turmoil may have something to do with companies quickly changing direction because of the pandemic, says Marianne Bulger, CEO and co-founder of Prospect.

“If they’re pivoting their business activities, they’re definitely rethinking who they need to hire,” she says.

And with COVID-19 likely to spur more innovation, the need for tech workers would likely become even more urgent, the report predicted.

“Let’s not be fooled. Canada is now facing an even bigger talent shortage,” it concluded.

Job ads with no details about pay

As Canada’s job market begins to rebound from the abyss — the economy added almost one million jobs in June, though it remains nearly two million jobs short of pre-pandemic levels — some are concerned about a lack of details in new job ads.

The share of job postings that carry information about remuneration “has completely dropped off,” says Allison Venditti, who runs Careerlove, a career coaching service for parents.

The Canadian job market has always been rather opaque when it comes to compensation, with the exception of unionized and public-sector jobs for which employers are mandated to post pay.

Still, around 35 per cent of the non-union job ads Venditti says she was tracking across industries and job boards before the pandemic used to list details about what salary or pay range future hires could expect. Now, though, that information is becoming harder and harder to come by, according to Venditti.

She has two possible explanations for that. One is that cash-strapped employers are trying to hire a single person to do what would have been two separate jobs before COVID-19.

The other explanation is that companies are “trying to get a deal,” Venditti says.

“I guess they’re hoping people will just shut up and take it.”

Venditti worries about what this could mean for pay equity.

In 2018, female employees of prime working-age earned 87 cents for every dollar earned by men, according to data from Statistics Canada. In 2011, researchers Sheila Block and Grace-Edward Galabuzi found that Canadians of racialized background earned only 81 cents for every dollar paid to their Caucasian peers. And full-year, full-time workers with severe disabilities have incomes that are, on average, 84 per cent of those with no disabilities, according to a 2018 report from Statistics Canada.

Evidence suggests transparency laws have helped shrink the gender pay gap in Canada. For example, provincial legislation mandating the disclosure of salary information for university faculty reduced the gender pay gap by between one and three percentage points on average, according to Statistics Canada.

The federal government and Ontario have passed broad pay-equity legislation that has received royal assent. However, neither is currently in force.

A more favourable geopolitical climate and friendly immigration policies have given Canada a competitive advantage over the U.S. in the eyes of many of the tech world’s best and brightest, she says.

But a lack of information and access to data on compensation and where Canadian salaries stand on the global stage could eventually undo those gains, she warns.

“We could lose big time in two years if we realize that we have been severely underpaying talent and they are all leaving to go back to the U.S.”