BEYOND LOCAL: The ugly side of Snapchat and Instagram filters

Technology is making people more aware of what is possible, but at a personal and physical cost
0
Jul 26, 2019 8:55 PM By: Global News 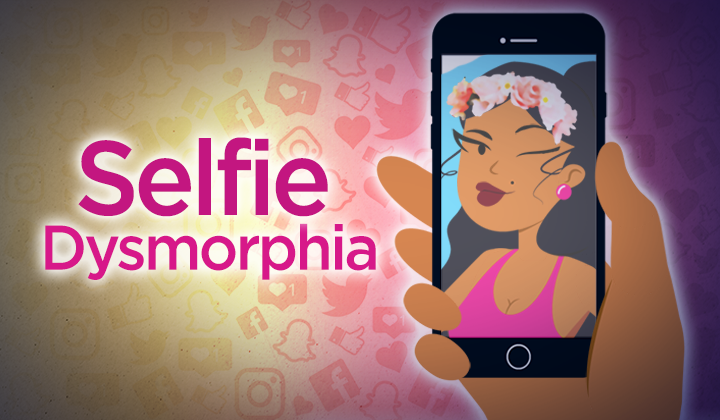 You don’t have to swipe very far to find a filter that will thin your nose, sharpen your cheekbones, widen your eyes, smoothen and, in some cases, even lighten your skin, helping to achieve that airbrushed look once reserved for magazine models and Hollywood stars.

“That, like, flawless kind of superficial look is what all these celebrities, like the Kardashians and Jenners, look like with their full faces of makeup,” social media influencer Kristina Pittam told Global News.

“It really becomes attractive to be able to utilize filters to look that way in an instant.”

But these digital tweaks that obscure your flaws are setting an unrealistic standard of beauty and that can take a toll on one’s self-esteem.

In some cases, augmented reality filters are also causing dependence.

Fourteen-year-old Natasha Farr admits she rarely takes a selfie without some kind of filter.

“For me, it’s not about the dog ears, or the hearts, I think it’s just about taking away all your pimples and making your eyes pop,” she said.

Farr believes she suffers from a mild version of selfie dysmorphia, a body-image disorder defined as a need to heavily edit one’s own digital image and an intense dissatisfaction with one’s own appearance after using digital filters.

The term was coined by U.K.-based cosmetic surgeon Dr. Tijion Esho after he noticed an alarming trend: patients seeking surgery to look like their filtered pictures.

“One of the strangest I had was a patient really wanted bigger eyes like the actual filter had given,” Esho explained. “It wasn’t possible to give her big eyes and I tried to explain many times why surgically and non-surgically this could not happen.”

He said that in the past, patients would bring pictures of celebrities and point out which features they wanted to emulate. Now they’re just bringing in “altered and filtered versions of themselves.”

This phenomenon wasn’t exclusive to his practice in London.

In 2017, 55 per cent of surgeons reported seeing patients who request surgery to improve their appearance in selfies — up from 42 per cent in 2015, according to the annual American Academy of Facial Plastic and Reconstructive Surgery.

“I have actually had clients come in with their Snapchat filters and usually I’ll make a joke about ‘I can’t put the whole picture together because I don’t have the bunny ears in my cabinet.'”

Kozak calls herself a face architect and believes celebrities like the Kardashians and the Jenners still dictate beauty trends but technology is simply making people more aware of what’s possible.

“The reality is we really are just moving into this ageless society and we can’t stop it. If you have a choice to look better as you age or not really, what are you going to choose?”

Unlike in prior generations when people kept quiet about getting work done, these procedures have become more normalized, even considered mainstream among young patients.

In 2018, a study by the American Academy of Facial Plastic and Reconstructive Surgery revealed a 24 per cent increase in cosmetic surgery or injectables in patients under the age of 30 since 2013.

Melissa Young is 26 years old and believes everyone needs botox at some point.

Global News spoke to her moments before she got lip injections done by Kozak at the Pout Clinic.

“We’re bombarded every single day with these filters and adjustments. So you really take a look at yourself in the mirror and if you don’t measure up, then sometimes you can start to feel insecure about yourself.”

While selfie dysmorphia is not a medically recognized condition, experts say it could be signs of a larger mental health issue.

“They are seeing themselves through a lens that is very much tainted by the filtered lenses that people are putting up on social media,” explained Kristin Greco, a psychotherapist at the Newmarket Psychotherapy Team.

“They have this unrealistic expectation of themselves. It can create depressive symptoms that can create low self-esteem, confidence issues.”

Global News reached out to both Instagram and Snapchat but neither directly commented on selfie dysmorphia.

“The vast majority of our stories filters and effects are not designed to alter a person’s appearance,” a spokesperson for Instagram wrote. “They are about other forms of fun, meaningful, and artsy expression.”

A spokesperson for Snapchat said the app “has never been about being perfect.”

“It was designed as a place where people feel free to be their authentic self.”

While there are trends out there like #nofilter that push for a more authentic online presence, it’s hard to resist the temptation of a seemingly picture-perfect selfie.