BEYOND LOCAL: Humboldt Broncos team to be honoured on third anniversary of fatal bus crash 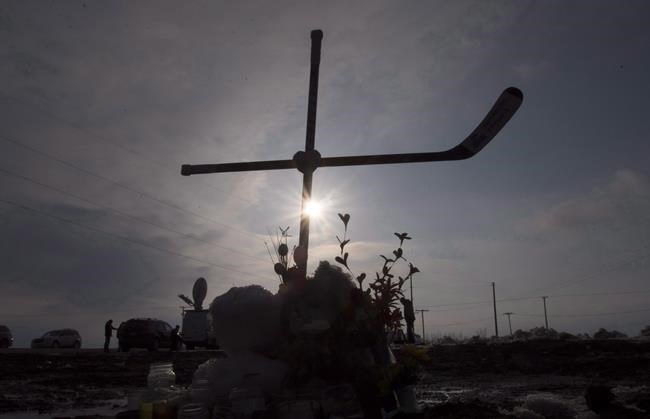 HUMBOLDT, Sask. — A virtual tribute is planned for today to mark the third anniversary of the Humboldt Broncos bus crash.

Sixteen people died and 13 were injured when a semi-trailer ran a stop sign and into the path of the junior hockey team's bus near Tisdale, Sask., on April 6, 2018.

The service from St. Augustine Catholic Church is to be livestreamed on the city of Humboldt's Facebook page.

It's to involve lighted candles and tolling church bells, followed by a moment of silence at 4:50 p.m., about the time the crash occurred.

The mayor has deemed today "2017-18 Humboldt Broncos Day" and would like to see that continued every April 6.

Prime Minister Justin Trudeau says in a statement that it's a solemn anniversary to remember "those taken from us far too soon."

"We also hold in our thoughts their loved ones and everyone whose lives were forever changed that tragic day. We mourn with them as they continue to work through their pain, anger, and grief."

Trudeau says the day has left scars that will never fully heal.