BEYOND LOCAL: How to cope with workplace gossip 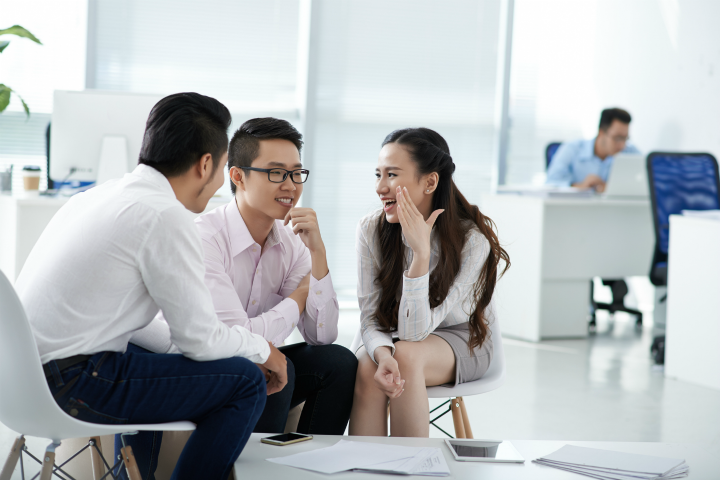 There’s often a lot of chatter between co-workers in an office environment each day — including workplace gossip.

What is said between employees at the water cooler, via email or on Slack about the personal lives of others can be harmful, as you might be taking pleasure in someone else’s misery, said Jessica O’Reilly, a Toronto-based relationship expert.

“This happens to the best of us. There are people that you hang out with… who don’t bring out the best in you,” O’Reilly told hosts on Global’s The Morning Show. “But it really is on you to change your behaviour.”

It’s very tempting to gossip in the workplace, O’Reilly explained, but problems arise when you engage in sour talk about others behind their backs.

“Negative gossip is the type that leaves you feeling either jealous or angry or frustrated, or sitting in judgement of someone else,” she said.

How to avoid harmful gossip

If you feel that you’ve been engaging in harmful gossip that is unfair and hurtful to your co-workers, consider why you’re tempted to gossip in the first place, said O’Reilly.

“That usually helps you identify what you’re insecure about, and if you can actually get to the bottom of your own insecurities, you’ll be less inclined to gossip about other people,” she said.

“Is it true? Is it kind? And is it worth discussing, because we have so much in life worth talking about.”

Anything you wouldn’t say directly to someone, you should try not to say it behind their backs, O’Reilly said. But because many of us do take pleasure in having secrets, it’s not abnormal to feel compelled to gossip, she added.

What to do if others are gossiping about you

Confronting a person or group in an aggressive manner isn’t always the best way of addressing discussions about your personal life, O’Reilly explained.

“I do think you should ask the person what they’ve been saying, or what they think,” she said, adding that it doesn’t need to be done disruptively.

Tell the person: “I heard that this was said. Do you want some clarifications, or do you want to talk about this?” she explained.

“It humanizes it. Behind someone’s back it’s easy to go off and start discussing things that maybe aren’t your business and aren’t so positive,” she said.

“But as soon as there’s a human face put to that interaction, the gossip usually subsides.”

Not all gossip is negative

There can be positive outcomes from gossip and it’s not always a harmful practice, O’Reilly said.

She points to a Stanford University study from 2014 that found engaging in gossip can help groups confront bullies, prevent exploitation and create greater co-operation.

Allowing members in a group to gossip can also deter selfishness and help to identify people who are untrustworthy — which is an important function of society, the research showed.

“You can gossip about positive elements in people’s lives, and that can give you a mood boost, and it can be aspirational,” O’Reilly said.

“You want to think about good versus bad gossip. Good gossip can leave you feeling motivated and inspired.”

For more information on how to handle workplace gossip, watch Jessica O’Reilly in the video above.

CANADA: The best time to buy things in 2020
Jan 22, 2020 8:55 PM
Comments
We welcome your feedback and encourage you to share your thoughts on this story. We ask that you be respectful of others and their points of view, refrain from personal attacks and stay on topic. To learn about our commenting policies and how we moderate, please read our Community Guidelines.