Eating disorders are a problem year round, but there is a spike in the summer according to experts
Jun 14, 2019 8:55 PM By: Global News 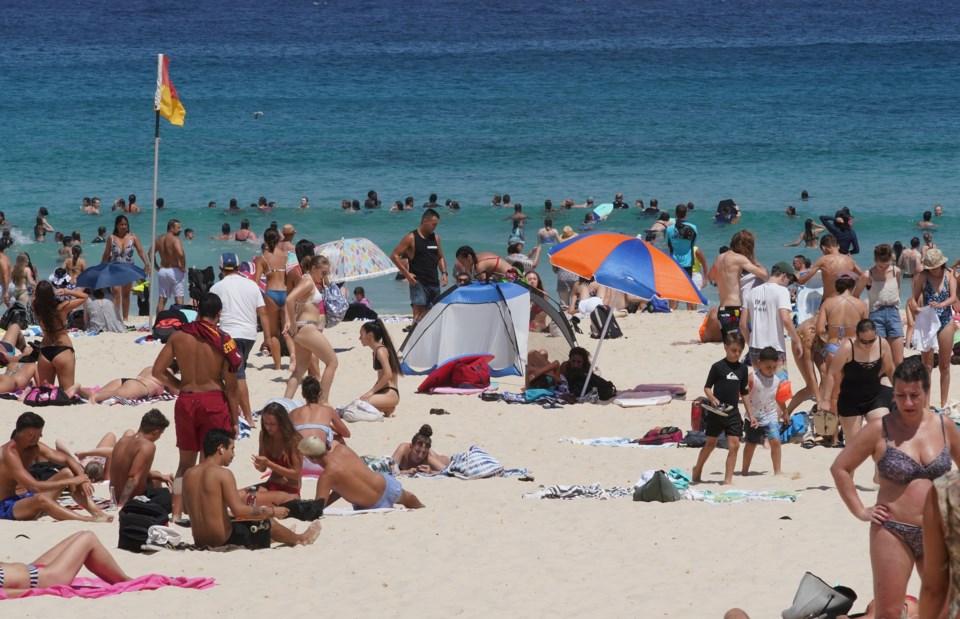 “I wanted to look good in my shirt and clothing. When I looked in the mirror, I never thought I was really good enough,” said the now-21-year-old university student.

“Being in summer clothing really intensified that, because of course when it’s the fall and winter you’re more covered up. But when it was summer I could actually see more of me. It was also when I could find more problem areas to focus my attention on and justify my behaviours.”

Those behaviours meant she was hospitalized at age 15 with a diagnosis of anorexia nervosa.

“I was physically very unwell with anorexia,” she said. “Not everyone gets to that point. But I was very underweight and very dehydrated so it actually affected my kidney function and my kidneys were at risk of failure.”

Eating disorders are a group of mental illnesses that affect an estimated 1 million Canadians, according to the National Initiative for Eating Disorders.

They are a year-round problem, experts say.

But the conversations dietitian Courtenay Vickers has with her with clients change in the summer. “It’s definitely a theme that’s coming up in the summertime, and how it’s creating a new set of anxiety or that eating disorder voice is starting to get loud,” she said.

Vickers, who works with Body Brave, a support organization for people struggling with eating disorders and body image in Hamilton, Ont., said that suddenly having more skin showing can be stressful for someone who has body image issues.

In winter, people aren’t talking about a “swimsuit body,” said Ary Maharaj, outreach and education coordinator for the National Eating Disorder Information Centre (NEDIC). But in summer, many women feel pressure to look thinner or lose weight, and men feel pressure to have “really ripped abs and muscles,” he said.

“Eating disorders can affect anyone,” he said, including men, women, members of the LGBTQ2 community and people of all ethnic backgrounds.

Warning signs that you or a loved one may be developing an eating disorder include going on diet after diet, becoming preoccupied with your weight or shape, or excessive exercise, Maharaj said.

Having one of these signs is fairly normal, he said, but, “the more you see, the more they may be crossing over to being more at risk for experiencing an eating disorder or having disordered eating behaviours.”

In that case, you should seek help, he said, perhaps by visiting a medical professional or calling NEDIC’s help line to find local resources.

McCready, who now speaks publicly about her experience with anorexia and works with Body Brave, said that people shouldn’t feel embarrassed about needing help. “You’re not weak for struggling, and any kind of change can be really difficult,” she said.

"You really shouldn’t feel ridiculous, like, ‘Oh, I’m overreacting over a change in season, I shouldn’t be doing this.’

“If you’re feeling something, it’s valid, and it’s worth talking about to whoever you trust, whether that be a close friend or family member or therapist, just to get that out there and really process what you’re feeling. Because it’s better than keeping it to yourself and struggling silently.”

The National Eating Disorder Information Centre provides resources on eating disorders and weight preoccupation, including information on programs across Canada. They operate a toll-free telephone line at 1-866-633-4220 and have information on their website.

CANADA: Federal website advertising hundreds of non-existent student-volunteer positions
Jul 9, 2020 9:05 AM
Comments
We welcome your feedback and encourage you to share your thoughts. We ask that you be respectful of others and their points of view, refrain from personal attacks and stay on topic. To learn about our commenting policies and how we moderate, please read our Community Guidelines.