BEYOND LOCAL: Geriatrician urges more seniors to get vaccines 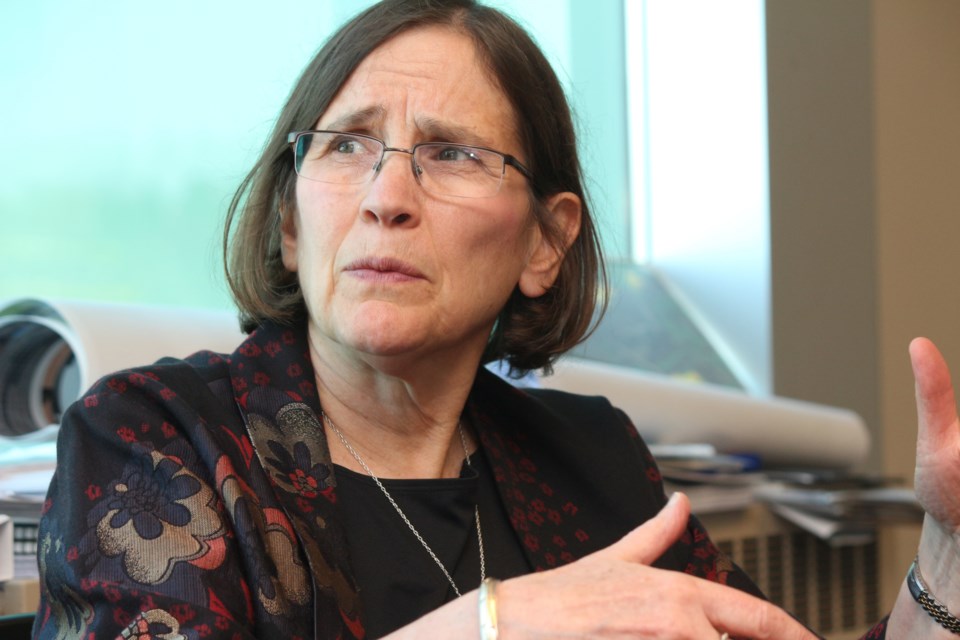 A Sudbury specialist in health care for senior citizens has sounded  the alarm bell for the flu vaccine, among others.

Dr. Janet McElhaney, a geriatrician at Health Sciences North, a recognized expert on the value of vaccines, spoke out this week on the importance of renewing the vaccine process for seniors.  She also believes that more people in the medical community need to speak out on the benefits of vaccines in general.

McElhaney was part of a webinar on April 1 hosted by the Gerontological  Society of America along with a panel of other medical experts on the need to take advantage of current vaccine technology to prevent disease and its complications in older adults.

“What I want people to understand about that is the role of vaccination changes as we age. We have more chronic diseases and our immune systems weaken over time,” said McElhaney.

She said the immune response for seniors is not as robust as it is for younger adults. That means the flu shot for seniors does not always stop the flu. But she said it still goes a long way to helping people survive the flu, as compared to seniors who do not get the flu shot.

“And people think, oh the vaccine doesn’t work. Or the vaccine will give me the flu, which it can’t because it is a killed virus, “ McElhaney explained.

She said the key fear that older people have about vaccines is not the thought of dying from the disease, but the thought of the disease forcing them to becoming dependent on others for their personal health care and not being able to take care of themselves.

“That’s at the top of their list,” said McElhaney. “Particularly when people come into hospital.  That is their highest risk point of developing disability. There is a 60/40 odds risk of developing a new disability during a hospital admission,” she added.

She said it is a very real concern because older citizens usually have a list of chronic ailments that by themselves might not seem so serious. But when combined with a bout of influenza serious enough to go to the hospital, things can get worse.

“People have forgotten about all the benefits we have seen with vaccination to now stepping it up to the next level  and saying when I present all of this data, 15 per cent of older people admitted to hospital with an influenza illness will experience what is called a catastrophic disability,” said McElhaney.

“So when you think about it, that’s what gets people into nursing homes,  and gets people more dependent on their families to look after in their homes when they even look after themselves,” she added.

Another part of the problem she said is the anti-vaxxer “stuff” as she calls it and admits it is unhelpful, unscientific and unreliable information.

McElhaney said she is often frustrated that people would accept vaccine information from social media as opposed to getting it from the medical community.

“Often I find myself in this situation where we spend a lot of time convincing people to get vaccinated and we don’t spend enough time to listening to why they have the questions before they choose to get vaccinated,” said McElhaney.

She said it doesn’t take long to convince people about the need for vaccines and after that, people will come back year after year.  She said it would be helpful if more people in the medical community would discuss the importance of vaccines with their patients.

“If they’re hearing it from multiple people and they have a chance to ask their questions I think we could go a lot of further to getting people vaccinated,” said McElhaney.

After taking part in the international vaccine panel, McElhaney said nothing will change her continuing push to convince people to get vaccinated.

About the Author: Len Gilllis

Graduating from the Journalism program at Canadore College in the 1970s, Gillis has spent most of his career reporting on news events across Northern Ontario with several radio, television and newspaper companies. He also spent time as a hardrock miner.
Read more